Together with the NGO Rioterra, Reforest’Action operates in the state of Rondônia, the most impacted by deforestation in the Amazon. The objective is to reduce deforestation through agroforestry as well as to restore segments of previously degraded forests. Between September and December 2019, up to 35.000 trees were planted on the spot by the local communities.

Together with the NGO Rioterra, Reforest’Action operates in the state of Rondônia, the most impacted by deforestation in the Amazon. The objective is to reduce deforestation through agroforestry as well as to restore segments of previously degraded forests. Between September and December 2019, up to 35.000 trees were planted on the spot by the local communities. 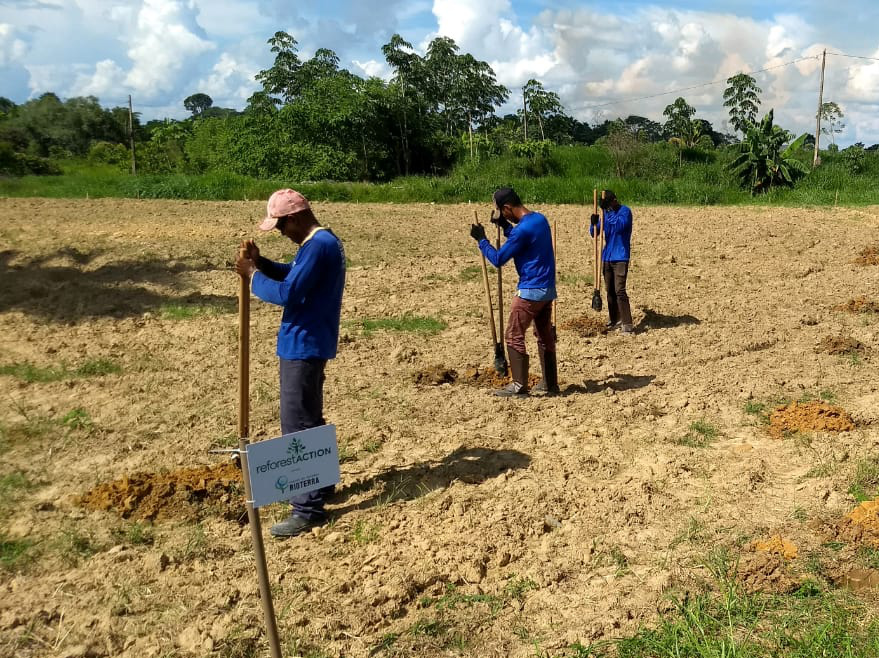 Our reforestation projet, led on site by our partner Rioterra, is based in the state of Rondônia. Situated in the south-east of the Brazilian Amazon, it is located in the “arc of deforestation” —  the vast areas in the Amazon where the agricultural border advances towards the forest and where deforestation significantly increased over the last decades. On the spot, the locals’ agro-economic model is based on slash-and-burn farming. This temporary soil fertilization technique involves the cutting and burning of land to increase its nutrient availability, in order to cultivate soya beans or have cattle graze on it. But once the exploited land is exhausted, local small farmers tend to abandon the parcels and replicate the process on another land, fueling a circle of endless deforestation.

Supported by our partner Rioterra, local farmers have began to integrate agroforestry into their farming practices. This helps them generate more revenue per hectare than previously when growing soya or raising livestock. They can now appreciate the importance of forest cover for their food crops as well as the capacity of the trees planted in their fields to enrich the cultivated soil. As a result, slash-and-burn farming is no more relevant to them. Our project thus helps local populations developing sustainable agricultural production and ending the vicious circle of deforestation caused by slash-and-burn farming.

Along with the reduction of deforestation, the project helps restore deforested forest areas by means of a diversity of local tree species grown in nurseries. 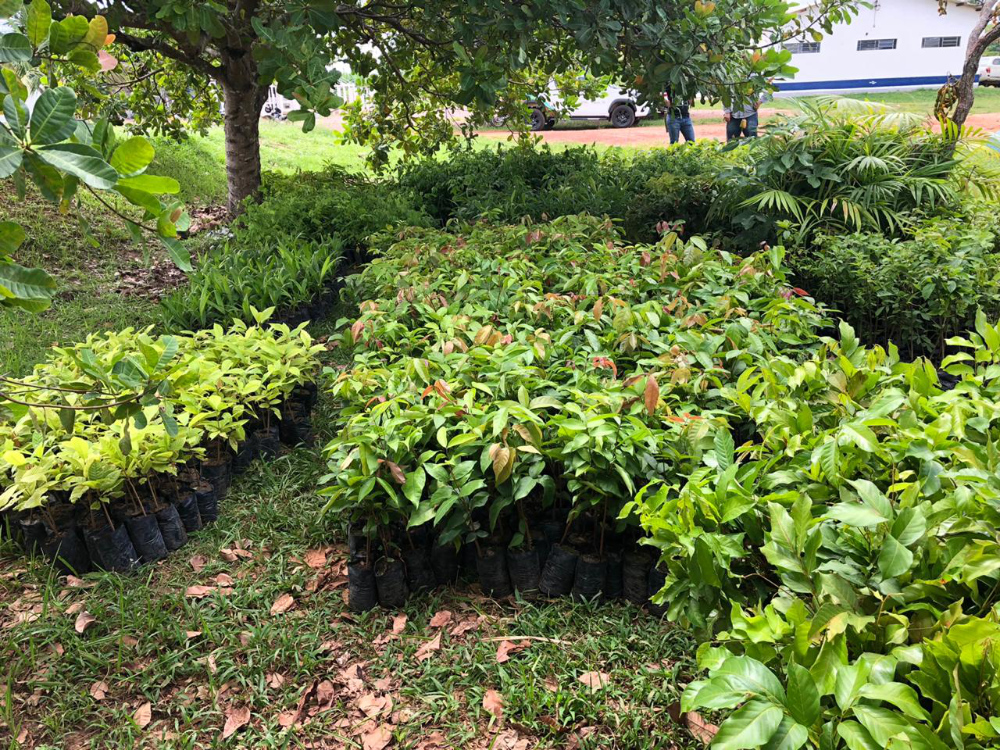 Between September and December 2019, 34.297 trees of diverse species were planted on the spot by the local communities associated with the project. The species planted are all native : the cocoa tree will help producers to generate complementary income through the sell of cocoa ; the acaï produces berries of high-nutritive value ; the cupuaçu produces a vegetal butter prized for its soothing and healing virtues ; the Roucouyer and andiroba, known for their medicinal properties ; the palm tree and Amazon walnut, whose fruits or nuts are consumed by local populations; the courbaril, which will eventually provide quality wood supplies.

The plantations took place about a hundred kilometres from Porto Vehlo, capital city of the state of Rondônia, in three different areas: around the Coopprojirau agricultural cooperative and in the vicinity of the villages of Paygap and Ikolen. By March 2020, more than 85,000 seedlings will be planted as part of the project. 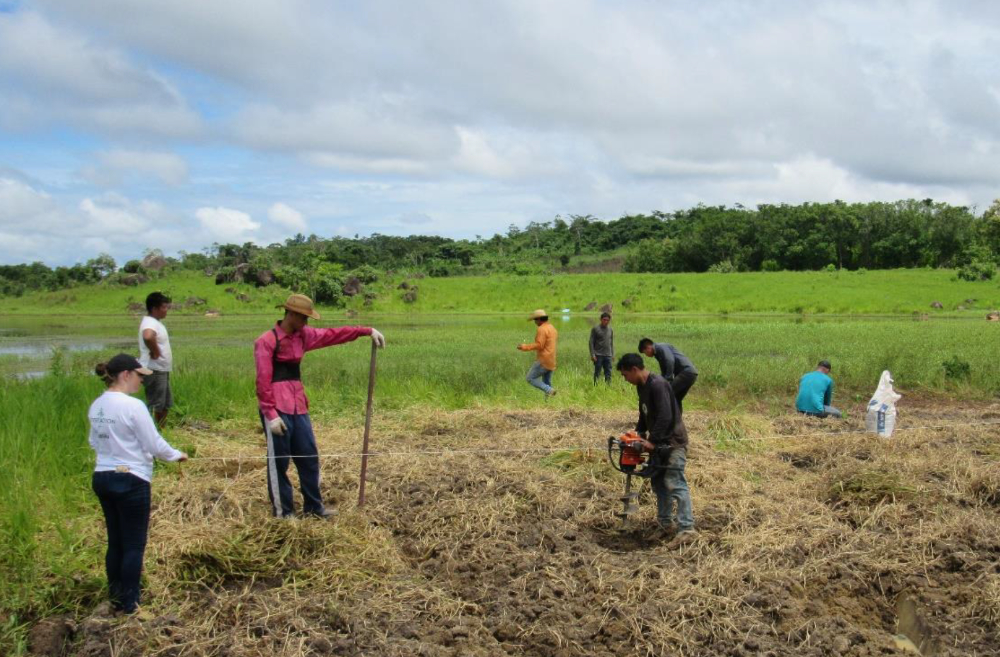 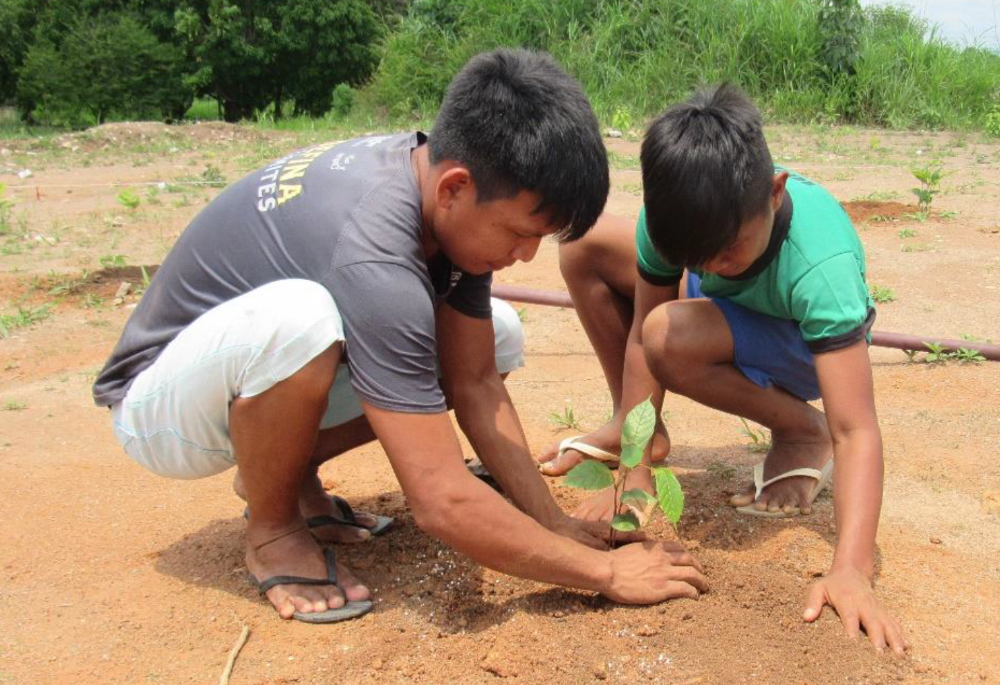 Plantation monitoring and sustainability of the agroforestry systems

The crop sown within the nurseries, the preparation of the soil and planting of trees are carried out by the local communities, supported of our partner Rioterra. Rioterra also organised awareness-raising activities for the villagers of Paygap and Ikolen related to agroforestry and the maintenance of the planted trees. Rioterra will also ensure the follow-up of the planted trees and the sustainability of the agroforestry systems set up through monthly visits by their experts on site and drone images. 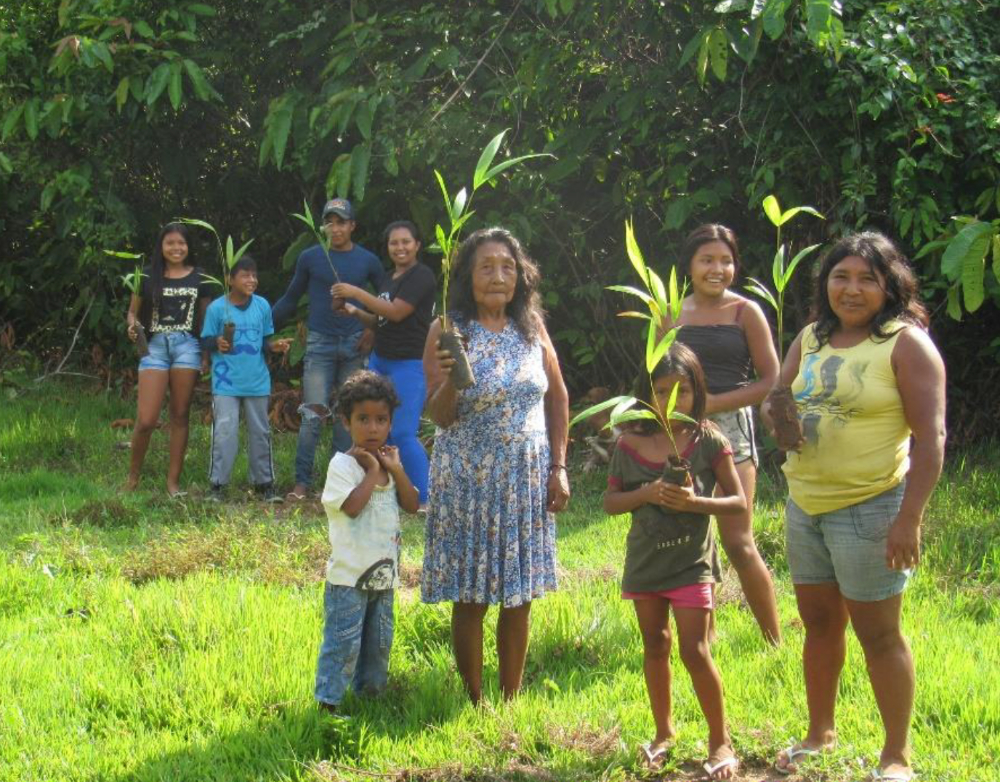 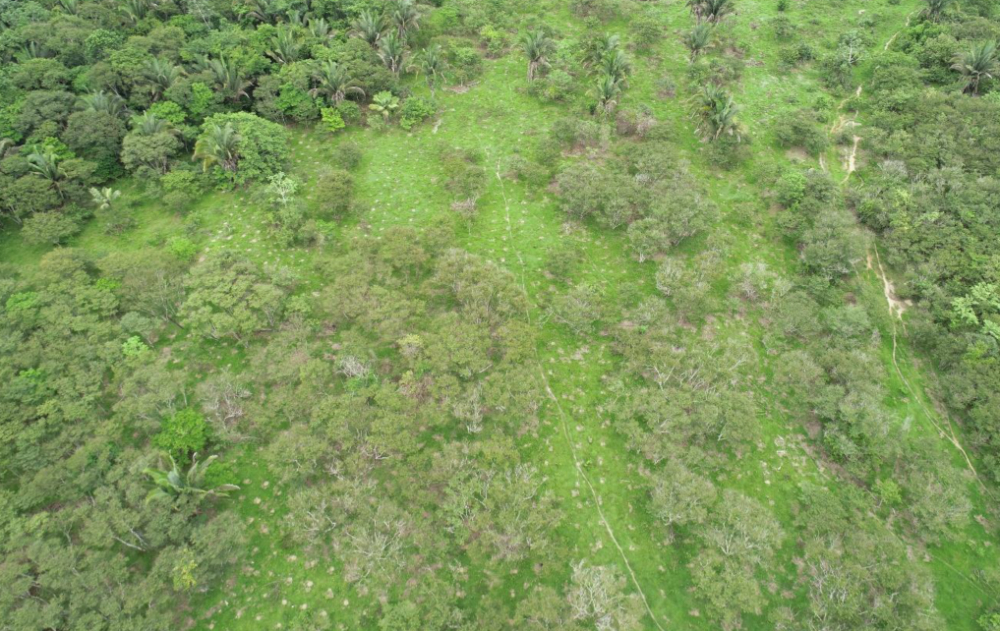