In Brazil, our project continues in new plantation areas in the state of Rondônia. The objective: to involve the traditional populations of protected reserves in the creation of edible forests by guaranteeing them access to these resources. The planting of more than 250,000 trees began in December and will continue in the coming weeks on formerly burnt or degraded pastures.

In Brazil, our project continues in new plantation areas in the state of Rondônia. The objective: to involve the traditional populations of protected reserves in the creation of edible forests by guaranteeing them access to these resources. The planting of more than 250,000 trees began in December and will continue in the coming weeks on formerly burnt or degraded pastures. 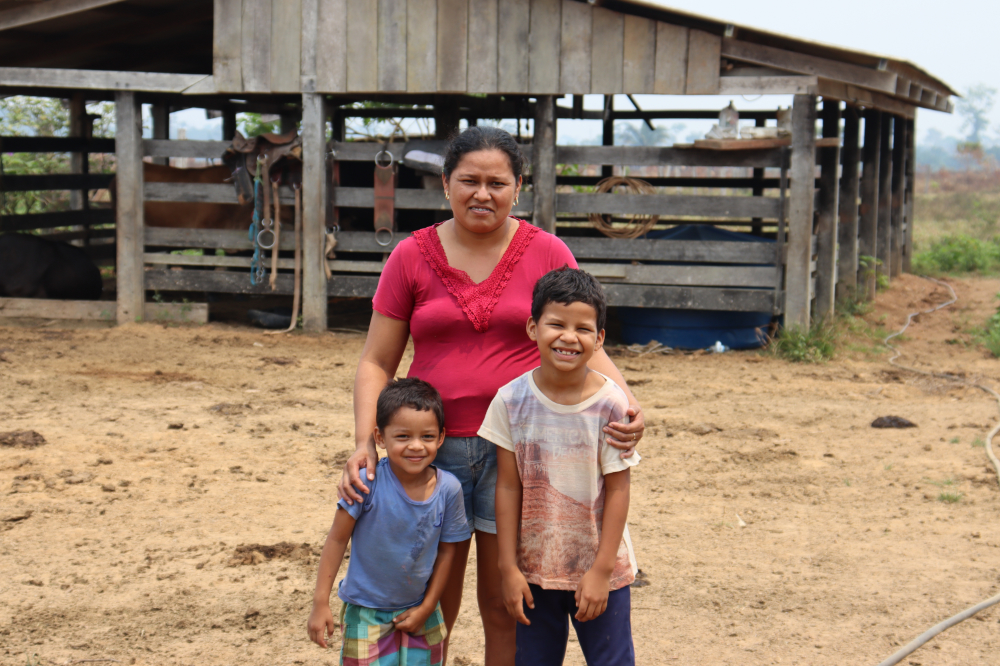 The stakes of the project: developing edible forests in the Amazon rainforest

The project, funded by Reforest'Action and carried out in the field by the NGO Rioterra, is rooted in extractivist reserves in the state of Rondônia, in the south-west of the Brazilian Amazonian forest. These territories, legally protected in Brazil, aim to preserve the livelihoods and culture of traditional populations, guaranteeing them free and unlimited access to the natural resources of these spaces. In return, these populations commit themselves to a sustainable use of the natural resources at their disposal.

In the Rio Preto Jacundá extractivist reserve, plots of land have historically been deforested for conventional grazing, to the detriment of the local traditional populations. Today, these pastures are being heavily degraded and will be reforested. The edible forests created will thus be returned to the traditional populations, who have lived for generations in the reserve.

A total of 34 tree species planted

Among the species planted, all are chosen in accordance with the needs of the local communities. These include acai, which produces berries with highly nutritious qualities; cupuaçu, which produces a vegetable butter sought after for its soothing and repairing virtues; achiote and andiroba, known for their medicinal properties; peach palm and Amazonian walnut, whose fruits or nuts are consumed by local communities; and courbaril, which will eventually be used to produce quality wood. 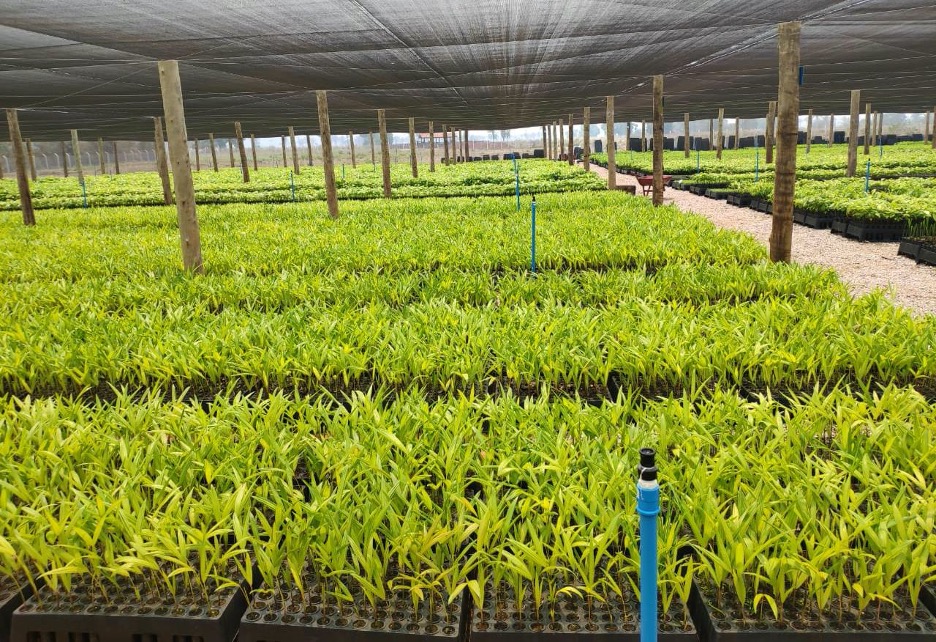 Since May 2020, our project leader in the field, the NGO RioTerra, has been working to produce and prepare young shoots of various species in nurseries dedicated to the project. These seedlings are produced from seeds from seed trees selected by RioTerra and collected in and around the Jamari National Forest. Different germination and seedling production techniques have been used depending on the tree species chosen (direct seeding in pots, seeding in beds and then transplanting). The seedlings were then kept in semi-shaded areas, where they were given all the necessary attention for their good development. After reaching 15 to 20 cm, the seedlings were transferred to areas of full sun, where the amount of water and natural fertilizers supplied to them was gradually reduced in order to acclimatize them to the real conditions of the forest and increase their resistance. 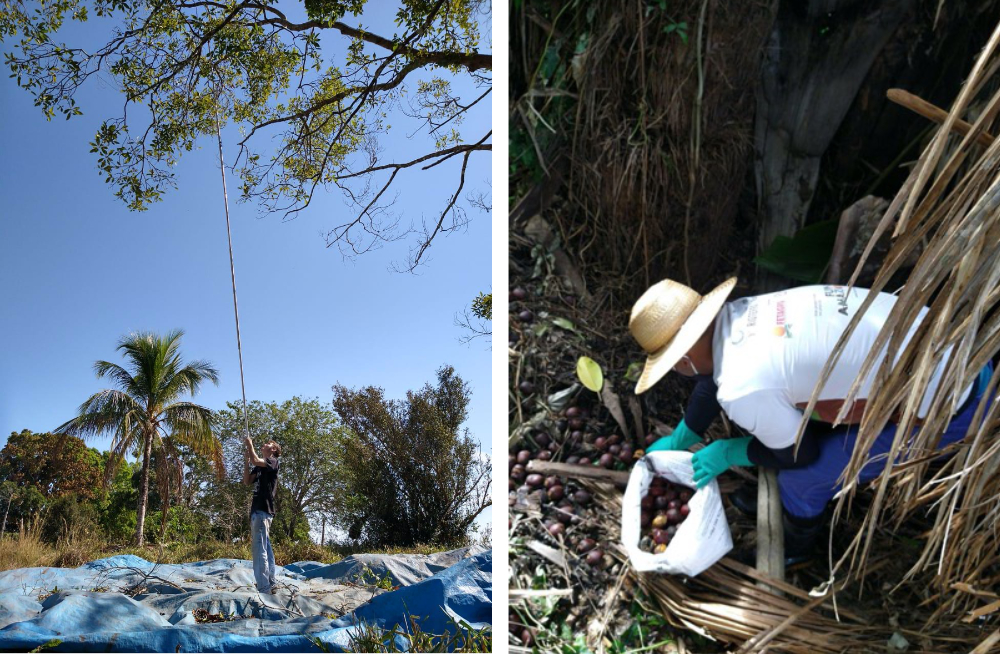 Due to the large number of plants produced for this project, a second nursery was created in the municipality of Itauã do Oeste, and hosted some of the plants destined for our plantation for this second phase of growth in full sun. As of November 2020, 251,550 plants of 34 different species were ready to be planted in the open ground. 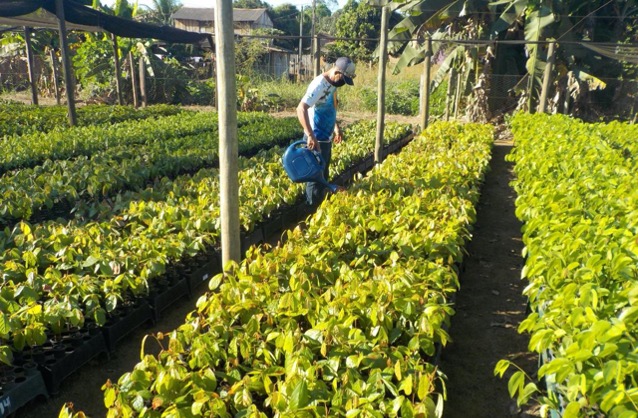 Selection of plots and training of local communities

Choice and preparation of the plots to be reforested

After several consultations with local stakeholders, and following environmental analyses carried out by RioTerra's landscape analysis and evaluation laboratory, 5 deforested and abandoned plots totalling approximately 165 hectares were chosen within the Rio Preto Jacundá extractivist reserve to receive the 250,000 seedlings financed by Reforest'Action. All the trunks and stumps found on the plots have been preserved and grouped together to form areas of ecological interest for the local fauna: habitats for small mammals, reptiles and insects, and nesting materials for birds. 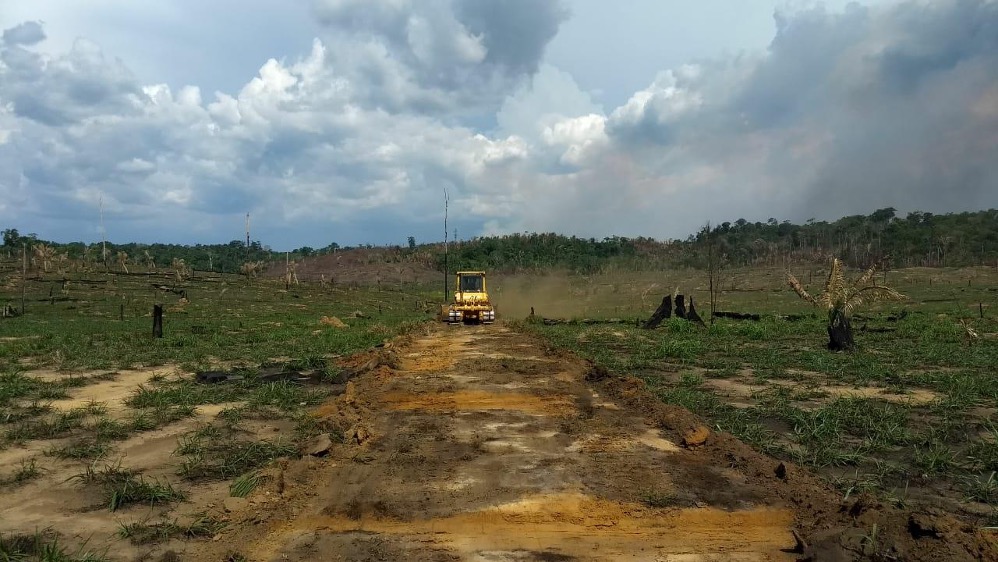 Training and integration of local communities

In order to involve the inhabitants of the extractivist reserve as much as possible, several of them were hired in various functions for this work, which generated additional income for local families. Training sessions were given on the themes of safety at work and the use of machines and tools.

Protection and monitoring of plots

As the project is taking place in an area under pressure, support was requested from the SEDAM (State Secretariat for Sustainable Development) of the State of Rondônia to ensure the permanent monitoring of the sites 24 hours a day by the police forces and to prevent malicious acts (mainly theft of tools and machines). In order to house the police and the inhabitants of the extractivist reserve who will work on site during the entire planting period, facilities have been built and photovoltaic panels installed.

Planting started successfully in the first week of December and is expected to continue until the end of February 2021. Would you like to contribute to the project? Click here!