Ecosystem restoration: 5 questions about the Great Green Wall of the Sahel region

Since 2007, the Great Green Wall project, led by the African Union, aims to fight against the spread of the desert by restoring natural ecosystems within a 15 km wide and 7,800 km long strip that crosses eleven Sahelian countries. Originally conceived as a vegetal barrier to hold the desert back, the project now has a broader approach: sustainable management and restoration of these arid ecosystems. Fifteen years after its launch, how is the Great Green Wall evolving? What challenges does it face and what are its future prospects? Discover the project through five questions.

Since 2007, the Great Green Wall project, led by the African Union, aims to fight against the spread of the desert by restoring natural ecosystems within a 15 km wide and 7,800 km long strip that crosses eleven Sahelian countries. Originally conceived as a vegetal barrier to hold the desert back, the project now has a broader approach: sustainable management and restoration of these arid ecosystems. Fifteen years after its launch, how is the Great Green Wall evolving? What challenges does it face and what are its future prospects? Discover the project through five questions. 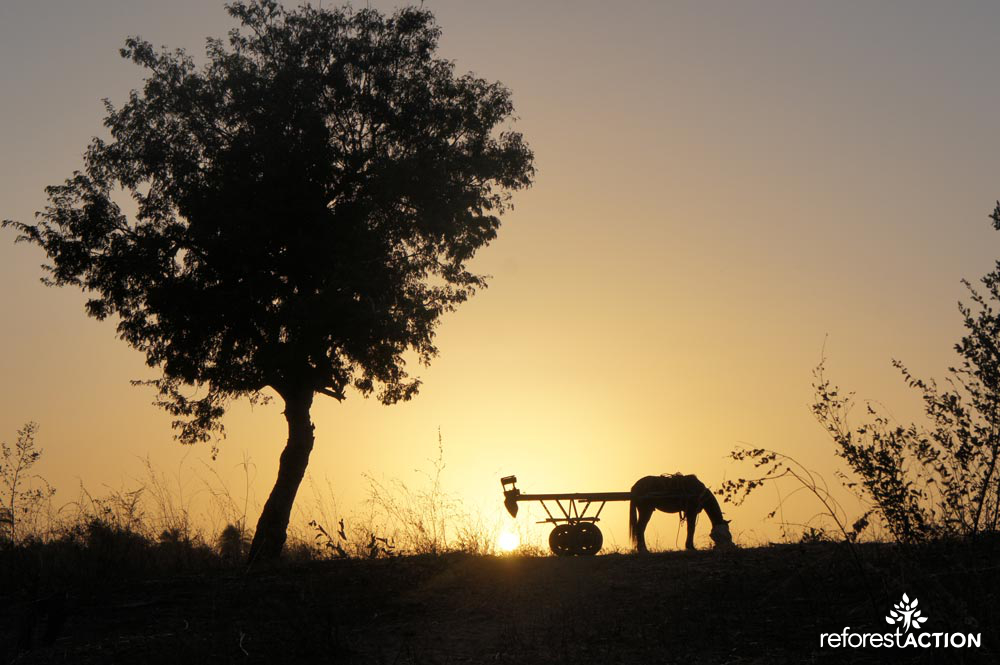 What are the issues at the origin of the Great Green Wall project?

Massive deforestation on the scale of the continent

On the African continent - and particularly in Central Africa - deforestation is very high and is not slowing down, as indicated in the UN and FAO report on the state of the world's forests, published in May 2020. This region is made up of six countries hosting rich tropical rainforests - particularly in the Congo Basin - on which human activities exert pressure to the detriment of their forest cover. The Sahel zone, where the Great Green Wall is located, is made of steppes and wooded savannas, which are also affected by deforestation, mainly due to overgrazing.

Sahel is considered one of the most vulnerable areas of the planet. It is a set of ecosystems that mark the transition between the Sahara Desert in the north and the Sudanian zone in the south. Largely devoted to pastoralism (extensive livestock farming), they are highly fragile due to the pressure of human activities and the water and climatic instability of the area. The Great Green Wall project is anchored within a Sahelian strip identified as one of the hot spots of climate change. With predictions of a temperature increase of 3 to 6°C by 2100, the expected consequences are particularly alarming. Climate change could thus lead, in this zone, to an even more extreme climate: more severe droughts and more intense but less frequent rainfall. 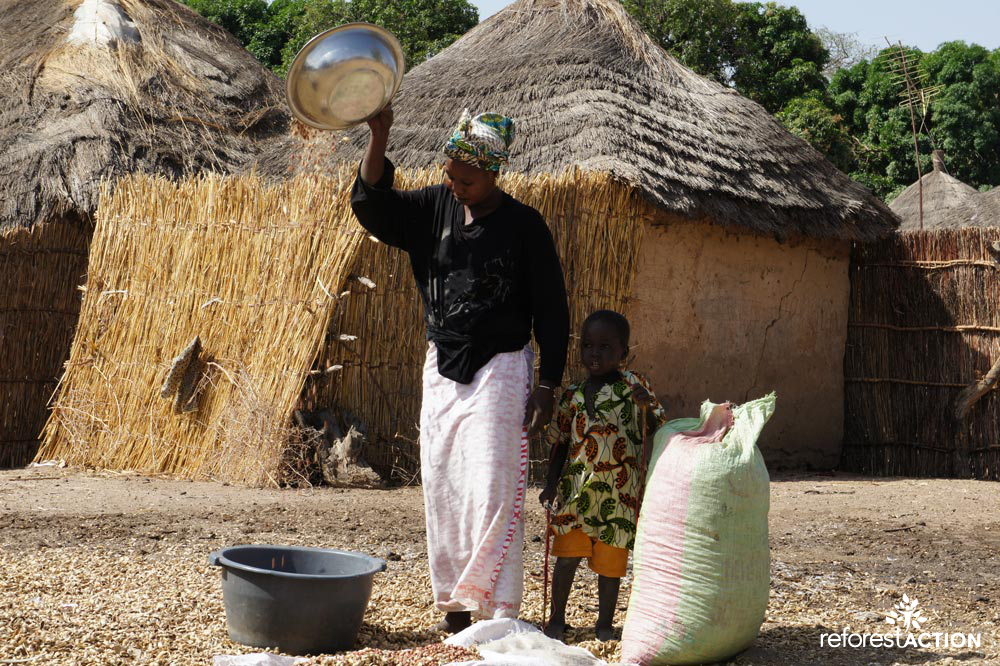 Why plant trees in Sahel?

Led by the African Union and the Pan-African Agency for the Great Green Wall based in Nouakchott, Mauritania, the Great Green Wall is led on the ground by local agencies and also includes a range of stakeholders, including national governments of member states, NGOs and international partners such as the World Bank, the European Union, the International Union for Conservation of Nature (IUCN) and the United Nations Convention to Combat Desertification (UNCCD). 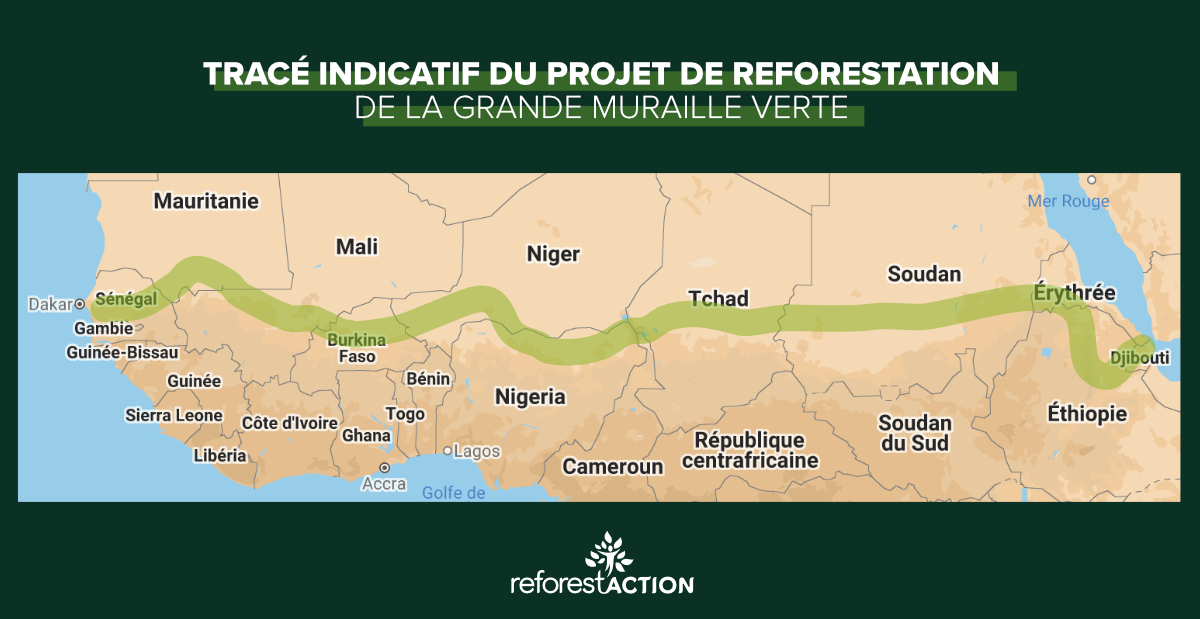 The primary intention of the Great Green Wall is to create a belt of trees that crosses eleven countries in the Sahel, from Senegal to Djibouti through Mauritania, Mali, Burkina Faso, Niger, Nigeria, Chad, Sudan, Eritrea and Ethiopia. The goal is to counter the harmful effects of desertification, to stop the advance of the Sahara Desert, and to fight against repeated socio-ecological crises, caused in particular by droughts and their impact on harvests. Beyond the mere planting of trees, the intention is indeed to fight against the social, economic and environmental impacts of desertification. From the start, the project has relied on the implementation of measures that include local populations, such as the choice of tree species whose ecological and economic benefits will directly profit the villagers of the region.

Thanks to its ambition in terms of surface area, the Great Green Wall also has a role to play in the preservation of biodiversity on the scale of the African continent. On a local scale, the populations of Sahel are highly dependent on the biodiversity of the flora to provide themselves with ecosystem services. The diversity of tree species enables them to meet their daily needs in terms of food, health and wood production. In this sense, the Great Green Wall involves reforestation operations based exclusively on indigenous tree species, chosen by local populations for their traditional use and their adaptation to the ecosystems. In order to improve the survival rate of the planted trees, different factors are taken into account, such as the age of the plants at the time of transplanting, the origin of the seeds, the conditions of transplanting and protection of the young plant (mulching, addition of organic matter...).

Originally conceived as a massive plantation of trees crossing the African continent from west to east, the Great Green Wall has evolved into a set of ecosystem restoration projects aimed at environmental and human well-being. Today, it takes the form of various actions carried out on the scale of Sahelian ecosystems: fencing off plots to allow natural regeneration of trees and protection against overgrazing, installation of community gardens managed by women, animal reserve projects, development of beekeeping, and so on. Reforestation remains at the heart of the project. The various actions carried out aim to strike a balance between the protection and sustainable use of plant resources and to improve the living conditions of millions of people exposed to chronic food insecurity. 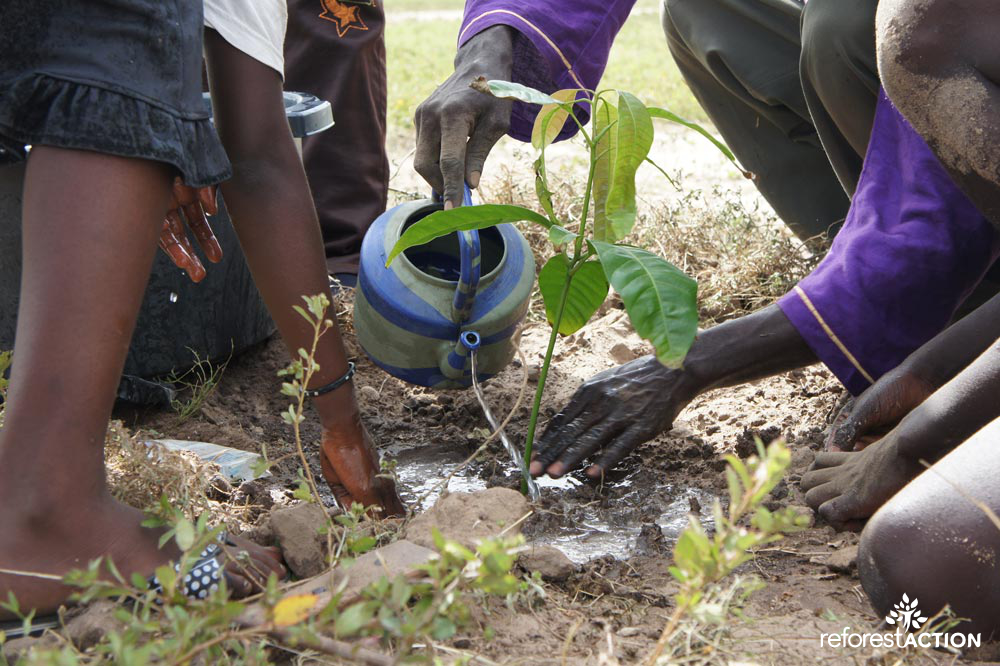 Fifteen years after its launch, what is the first assessment of the project?

The first assessment report, commissioned by the United Nations Convention to Combat Desertification and unveiled in September 2020, shows rather modest results: only 4 million hectares have been developed out of the 100 million targeted by 2030. The reasons: the rise of conflicts and insecurity in Sahel, preventing any intervention in vast areas; the inconsistent support of project funders; the lack of high-level political backing; the lack of human and financial resources of the Environment ministries of the targeted states to enable the planting and growth of trees, and to train local communities in more environmentally friendly pastoral techniques. These are all areas for improvement that can be pursued in the coming years to give the Great Green Wall a chance to keep its promises in terms of local job creation, adaptation to climate change and food security. 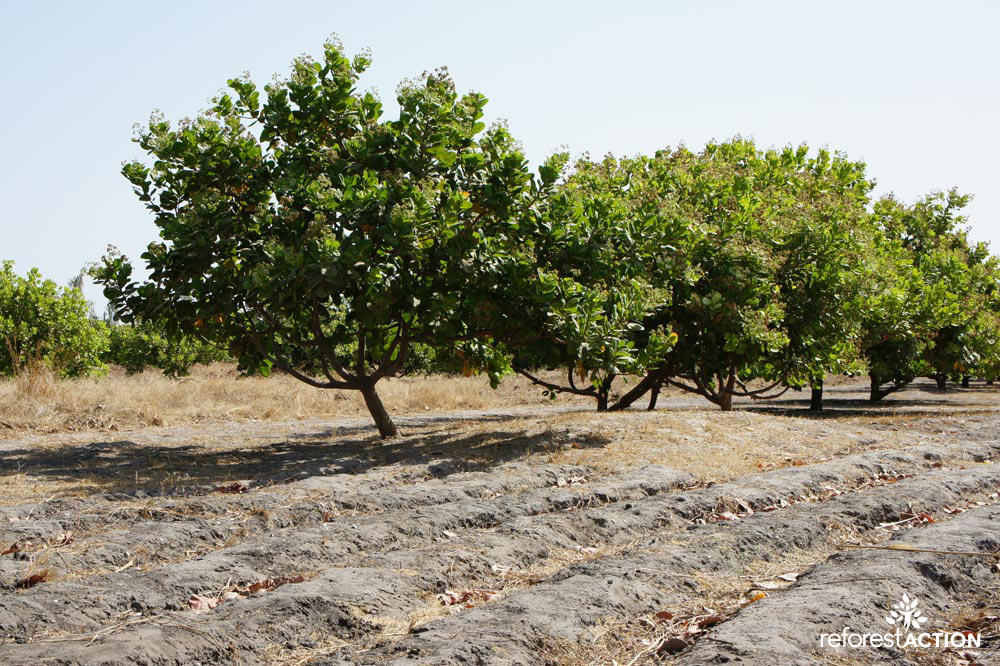 Why is the Great Green Wall more relevant than ever?

In a context where large-scale reforestation is a global issue - as stated by the Bonn Challenge which aims to restore 350,000 million hectares of deforested land by 2030 - the Great Green Wall project is more essential than ever. As a key action, reforestation also matches the Sustainable Development Goals formulated by the United Nations, and in particular objective #15: “Protect, restore and promote sustainable use of terrestrial ecosystems, sustainably manage forests, combat desertification, and halt and reverse land degradation and halt biodiversity loss”. As the poor relation of climate policies, the restoration of natural ecosystems has so far received only 1% of the funding earmarked for the fight against global warming. The United Nations Decade for Ecosystem Restoration, which started in 2021, should help direct more funds towards international restoration projects - and perhaps benefit the Great Green Wall. 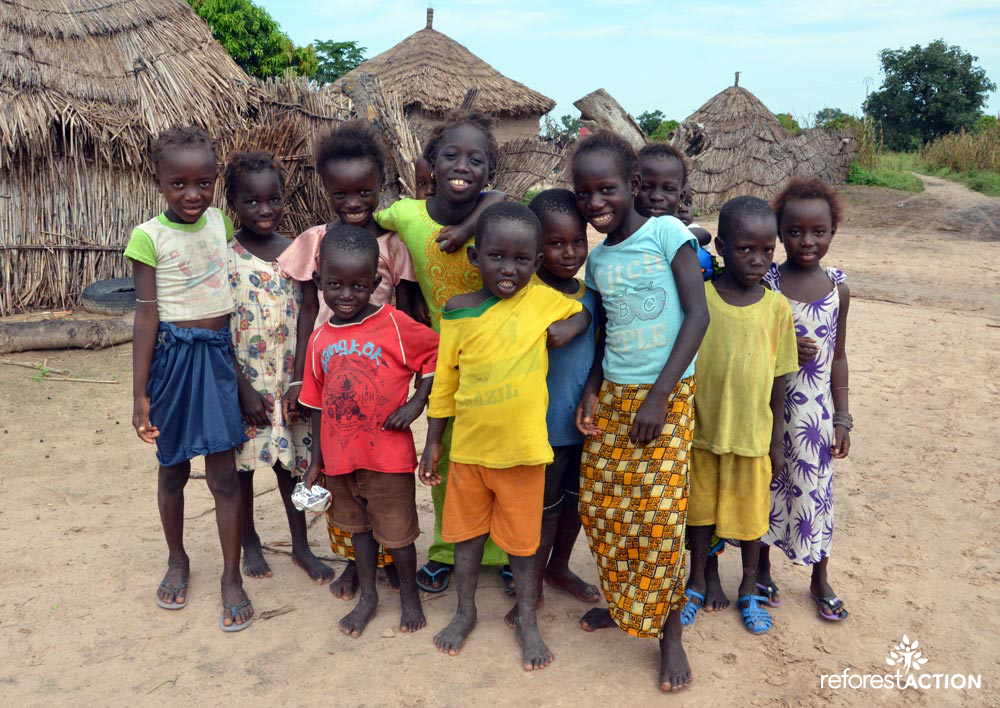 Are there other reforestation initiatives in Africa, beyond the Great Green Wall?

Nicknamed "mama miti", Mother of Trees in Swahili, Wangari Maathai is the first to have made a great pan-African cause out of a reforestation campaign. Founder of the Green Belt Movement in 1977, her initiative led to the planting of 40 million trees throughout the African continent and continues to this day.

The African Forest Landscape Restoration Initiative (AFR100), spearheaded by several African nations at COP21 in 2015 and endorsed by the African Union, aims to restore 100 million hectares of deforested and degraded landscapes in Africa by 2030. The initiative now links the 28 member countries with financial and technical partners to intensify ecosystem restoration and reap benefits for food security, climate change resilience and poverty reduction. By supporting reforestation projects in ten African countries, Reforest'Action is also making its contribution. The goal is to develop agroforestry or restore areas affected by deforestation throughout the continent, fully involving local communities in the process.

Reforestation in Africa is more necessary than ever to contribute to global measures to tackle climate change and the erosion of biodiversity on a planetary scale. The conclusion of the UN Biodiversity Report confirms: “As nations evaluate options on how to recover from the COVID-19 pandemic, there is a unique opportunity to initiate the transformative changes needed to achieve the 2050 Vision of living in harmony with nature. Such actions would put biodiversity on a path to recovery, reduce the risk of future pandemics, and produce multiple additional benefits for people.”