From 4 to 16 March 2021, Stéphane Hallaire, founder and President of Reforest'Action, and Marc Palahi, Director of the European Forest Institute and President of the Circular Bioeconomy Alliance (CBA), travelled to Ecuador to meet indigenous people living in the Amazon as well as representatives of the Ecuadorian government. Their goal? To move towards a common approach to help save the Amazon rainforest.

The Amazon rainforest spans across 9 South American countries, covering the eastern third of Ecuador, a region called Oriente. But despite the valuable resources it offers to Ecuadorians (wood, fruits, medicinal plants, eco-tourism, etc.), the forest is at the center of major conflicts involving mining and oil companies, fueling tensions between the government and the indigenous peoples who live there. 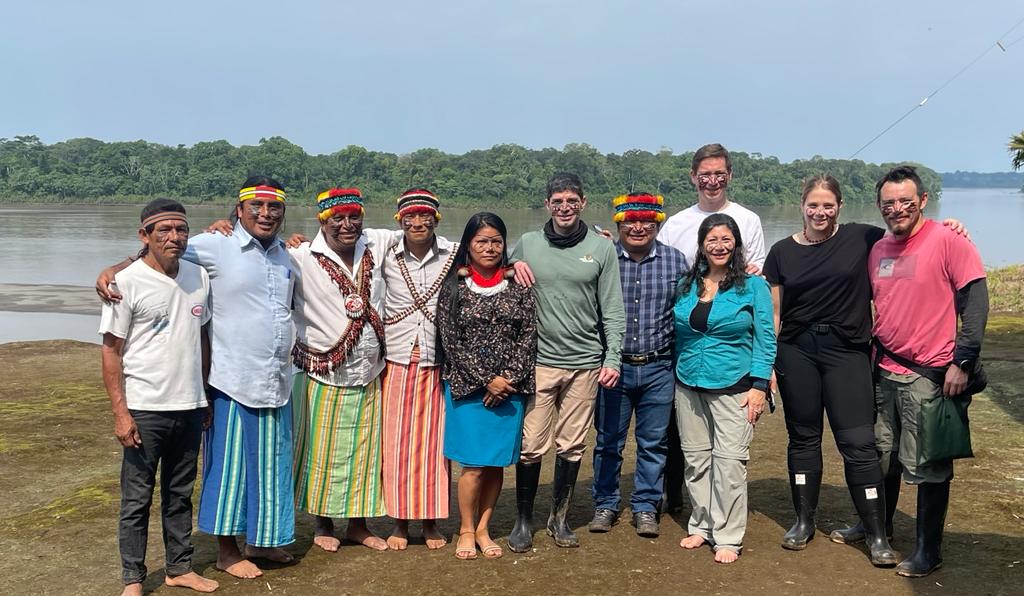 Preserving and helping to restore the degraded parts of this unique ecosystem is an absolute emergency, as deforestation in the Amazon is accelerating, reaching a record area of in 2021. In the Amazon, nearly 42,510,000 km2 of forest are lost every year, mainly to agricultural expansion.

In Ecuador, the Amazon rainforest is home to a variety of ecosystems (mangrove, swamps, cloud forests, etc.), which are home to a unique biodiversity (pumas, howler monkeys, spectacled bears, jaguars, etc.), including 20% of the world's avian diversity. Unfortunately, this biodiversity is threatened by oil and mining operations which, for decades, have been contaminating water, destroying the forest cover, polluting the soil, damaging the health of the populations and jeopardizing the indigenous communities’ way of life.

In the wake of a meeting in the autumn of 2021 between His Royal Highness, the Prince of Wales as well as representatives of Ecuadorian indigenous peoples during COP 26, the Prince asked for a CBA delegation to be sent to Ecuador. Stéphane Hallaire and Marc Palahi went to Ecuador to explore possible avenues for collaboration on forest ecosystem restoration projects.

Joined at the beginning of 2021 by Reforest'Action, the CBA is committed to establishing new, innovative and virtuous economic models based on respect for all living things. In order to strengthen their commitment to sustainable solutions, to alleviate the climate emergency and the erosion of biodiversity in the Amazon, the CBA delegation first went to Puyo, capital city of the Pastaza province in order to meet with members of the Confederation of Indigenous Nationalities of Ecuador (CONFINIAE).

On 7 March, the collectives representing indigenous peoples, including the CONFINIAE and the Coordination of Indigenous Organisations of the Amazon Basin (COICA), organised a meeting between different stakeholders, seeking to help Reforest'Action deploy restoration and agroforestry projects within the CBA framework, an approach that will be led with the help of local populations and the technical support of field organisations such as the NGO Pachamama.

In order to better understand the economic and social issues surrounding the Amazonian forest, Stéphane Hallaire and Marc Palahi then spent several days living close to the indigenous peoples within the village of Sharamensa, on the border with Peru, to live with indigenous people.

« Indigenous peoples live, heal and feed themselves thanks to the forest " observed Stéphane Hallaire. They embrace all its complexity and live at its pace, in contrast to the Western way of life we know. Today, we must allow them to continue to live in this extremely precious ecosystem and preserve it. We must now initiate large-scale projects in collaboration with these communities, which are the guardians of a unique and invaluable knowledge”. 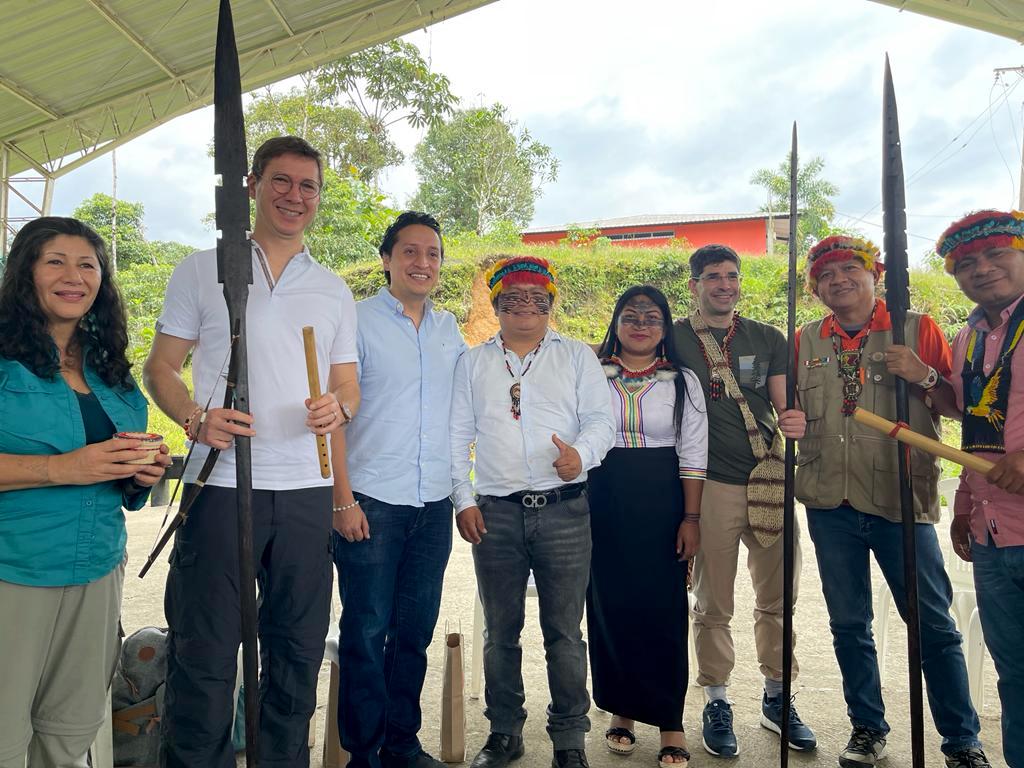 In the same vein, the CBA delegation also participated to an event organised by the COICA in Quito on 14 March. This event brought together ethnic Amerindian groups from the nine countries of the Amazon basin, including CONFINIAE.

Following their stay in the Amazon rainforest, Marc Palahi and Stéphane Hallaire turned to the capital Quito to meetother stakeholders involved in the protection of Ecuador's primary forest. Thus, they met up with members of the current government, including the Minister of Environment, Water and Ecological Transition, Gustavo Manrique,and the Secretary of the Ministry of Foreign Affairs, before going to the French Embassy. During their visit, they also met with representatives of the Institute of Research for Development (IRD) and the French Development Agency (AFD). "In the long term, we want to help initiate working groups between the Ministry and indigenous communities to give life to a common approach, conducive to the development of restoration and agroforestry projects in the Ecuadorian Amazon", explains Stéphane Hallaire.

From now on, Reforest'Action and the CBA hope to see a favourable outcome to these exchanges, thar will allow them to work alongside the indigenous communities and the Ecuadorian government to preserve the Amazon forest.