European Commission: towards the implementation of a certification for the carbon absorbed by forests

On December 15, the European Commission published a Communication on sustainable carbon cycles, which aims to encourage carbon removals in the EU, through carbon farming, which promotes practices such as afforestation or agroforestry, or industrial solutions. It also prepares the upcoming publication of a carbon sequestration certification framework, announced for 2022. 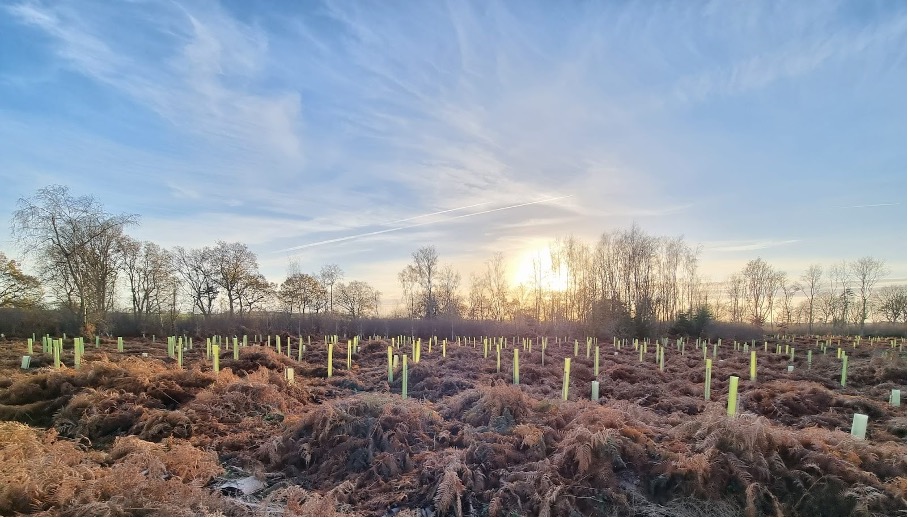 If the priority remains to reduce our emissions of greenhouse gases in order to comply with the Paris Agreement and fight climate change, it is increasingly recognized by many scientists and politicians that these efforts will not be sufficient to achieve climate neutrality. Carbon removales are necessary to offset the incompressible emissions from livestock farming or industry and thus meet the European climate law's objective to reach climate neutrality by 2050.

The aims of the communication on sustainable carbon cycles

With this Communication, the European Commission proposes several major avenues to achieve climate neutrality by mid-century:

- Firstly, the carbon farming initiative aims to remunerate carbon removals from land, including in the soil and biomass of agricultural land, forests, wetlands and peatlands, and to promote the deployment of this new green economic model in order to better reward land managers whose practices allow for more carbon sequestration while protecting biodiversity. This initiative is expected to store 42 Mt of CO2 (equivalent to Slovakia's emissions in 2019) in European natural carbon sinks by 2030.

- Finally, by the end of 2022, the Commission will propose an EU-level regulatory framework for certification of carbon removals to ensure transparency and verify the authenticity and environmental integrity of high-quality sustainable carbon removals.

The Carbon farming initiative: a major lever to sequester carbon in agricultural and forest soils

The European Commission, in its "European Green Pact" (or Fit for 55) implementation package published last July, has proposed in the framework of the revision of the European regulation on Land Use, Land Use Change and Forestry (LULUCF) a new target of 310 million tons of CO2 equivalent of net removals by 2030 (almost equivalent to Spain's emissions in 2019) for the LULUCF sector (including agricultural, wetland and forest areas) and a new climate neutrality target by 2035 for the agriculture, forestry and other land use (AFOLU) sector, which includes the LULUCF sector and agricultural emissions from livestock, fertilizers and manure (known as non-CO2).

To achieve these objectives, the Commission proposes to promote a system at the level of land managers (foresters and farmers) that rewards farmers and foresters for sequestering additional amounts of carbon. Carbon farming is a set of agricultural, forestry or land management practices that increase carbon sequestration. Biodiversity issues are taken into account both by respecting the principle of "do no significant harm", popularized on the one hand by the European Taxonomy whose delegated act on climate, containing technical review criteria for forestry activities was formally adopted by the Council of the EU on December 10, 2021, and on the other hand by the willingness to use carbon farming as a means to deploy nature-based solutions. These practices can be promoted through a range of policies and funding instruments, including the CAP, the LIFE program, the Horizon Europe research program, as well as cohesion funds or state aid.

The implementation of a European carbon certification framework for carbon removals

The framework is expected to establish robust and ambitious methodologies across the EU, including monitoring, reporting and verification (MRV), additionality, risk coverage and environmental safeguards. The development of this certification framework will be based in particular on the various initiatives that currently exist at the level of the Member States, such as the French Low Carbon Label (Label bas carbone). This certification should enable companies to offset their residual emissions by purchasing carbon credits. By being a pioneer in the regulatory certification of carbon removals, the EU will be able to position itself as a precursor in the design of robust and ambitious methodologies in line with the objective of the Paris Agreement, under Article 6, the terms of which were validated by the Glasgow Pact.

A win-win strategy for the climate and biodiversity

These two complementary initiatives, carbon farming and the carbon removal certification framework, will enable the development of a range of carbon removal options on a European scale, including natural solutions, including afforestation, reforestation and forest ecosystem restoration. If these projects respect ecological principles that support biodiversity and natural capital, they will ensure the environmental integrity of the process and implement a win-win strategy for climate and biodiversity.