Forest Revival After a Fire and the Impact of Climate Change

In the past few months, large-scale forest fires have made headlines, particularly in the Amazon and Siberia, as well as more recently in California. Climate change is causing dry spells and heat waves to intensify, resulting in massive fires that devastate both the environment and local populations. We asked our Forestry Project Managers a few questions to better understand what is the best strategy to adopt to promote forest regeneration after such events.

In the past few months, large-scale forest fires have made headlines, particularly in the Amazon and Siberia, as well as more recently in California. Climate change is causing dry spells and heat waves to intensify, resulting in massive fires that devastate both the environment and local populations. We asked our Forestry Project Managers a few questions to better understand what is the best strategy to adopt to promote forest regeneration after such events.​ 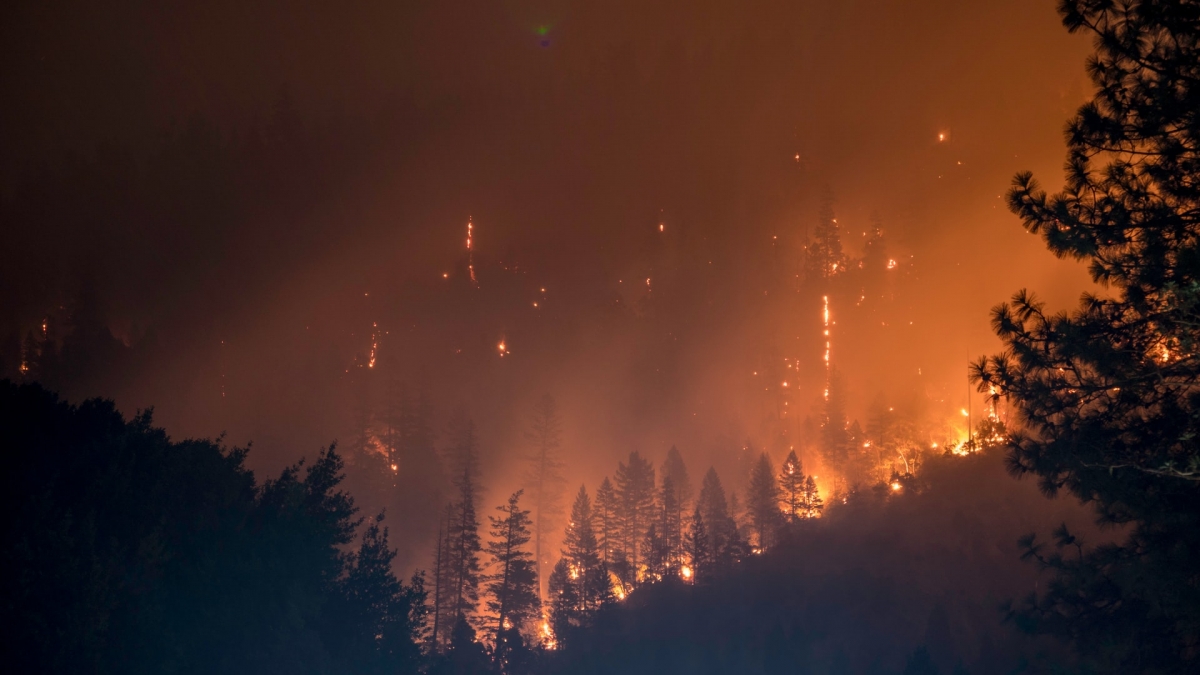 What impacts do forest fires have on ecosystems?

Forests suffer two main repercussions from a fire: firstly, burning trees release the carbon stored in their wood, their foliage and the forest floor into the atmosphere; secondly, fires destroy habitats for biodiversity, forcing these living things to flee if they can.

Further consequences emerge in a second phase: the most obvious is that of destruction of the landscape, as the ravages caused by a fire are visible for many years. With the forest cover destroyed, the soil is exposed, leading to a significant risk of erosion. In some cases, the layer of ash is so thick that it forms a water-repellent crust. It then becomes difficult for water to penetrate the soil, and it will run off if there is heavy rainfall, which in turn can cause landslides or mudflows.

Finally, even if a number of trees manage to survive the fire, they are sometimes weakened and therefore more vulnerable to pests and fungi, resulting in an increased risk of dieback in the months and years following the fire.

The extent of the damage caused by the flames depends on the size and strength of the fire, of course, but also on the type of species that populate the forest. Indeed, some tree species are better equipped than others to withstand heat: cork oak, for example, has a thick, insulating bark that suffers only superficial burns.

In addition to the environmental impacts, fires often hurt the economy, causing tourist activities to slow or timber resources to be lost, for example. Local populations feel the effects too, as fires can disrupt their activities, and the particles emitted by the smoke can be harmful to their health.

How does ecological resilience help in the aftermath of fires?

Forest ecosystems are often adapted and resilient to fires, provided such fires are infrequent. Indeed, certain species use fire as part of their life cycle: these plants are known as pyrophytes. For example, fire bursts open the cones of Aleppo pines, which then release the seeds essential for their reproduction. As for insects, certain species of beetles can only develop in the wood of trees recently destroyed by fire.

Burnt soils can eventually prove to be highly fertile for local tree species, improving forest resilience. Furthermore, the reduced forest canopy left after a fire allows new plants to grow, as they take advantage of this change in the environment to flourish, until new trees grow in turn. In just a few years, a significant number of animal and plant species can therefore be found in areas that were once destroyed by fire.

However, in recent years, the effects of climate change (rising temperatures and more droughts) have caused fires to become both fiercer and more frequent, making it difficult for forests to adapt and regenerate themselves afterwards. For example, it is estimated that 50% of French forests will be exposed to a high risk of fire in 2050. 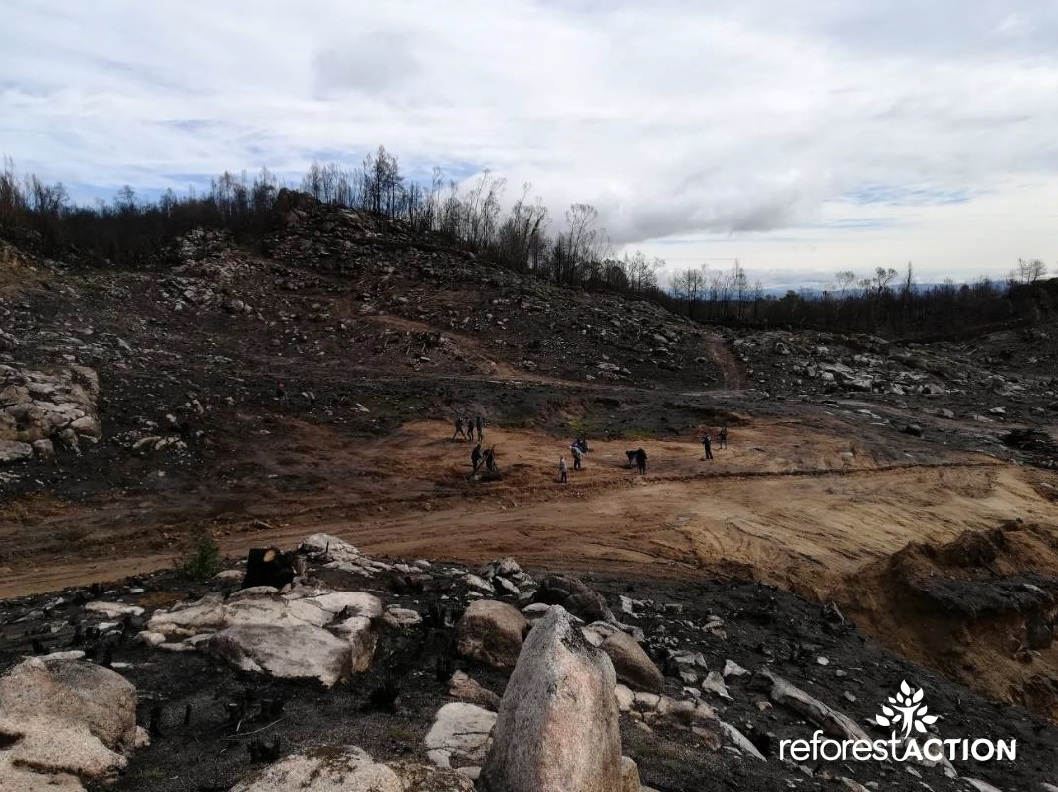 Is there anything that can be done to ensure successful recovery of forests over areas that have been completely burnt?

For several reasons, the best solution is to initially protect the areas and then wait to see if the forest is able to regenerate naturally.

When a parcel of land has been burnt down, the soil remains warm for some time, and the physical and chemical conditions are not favourable for immediate planting. Soils darkened by ashes store the sun’s heat, which can result in excessive heat for several months – or even years – after the event. Moreover, without understorey vegetation (herbaceous plants and shrubs), there is no shade or evapotranspiration, which would otherwise regulate the temperature and moisture favourable to the development of the young plants. The same applies to the root systems present but rendered inert by the fire and no longer involved in exchanges: they can no longer regulate soil moisture and chemistry that are favourable to regrowth. Bare soil is also susceptible to wind, which causes erosion and desiccation, which again is not beneficial.

Within a few months after a fire, when a minor herbaceous recolonisation has taken place, the natural regeneration potential of trees can then be assessed. Indeed, as we have seen, some seeds survive fires and awaken when conditions are favourable. Others are carried in by the wind, birds or other animals. Finally, the underground parts of tree stumps can survive the flames and produce shoots, which will then grow into trees. If necessary, we can intervene and begin a selection process a few year later, performing a variety of forestry work (clearing, crop-tree thinning, etc.) to encourage the most promising growth: this is called assisted natural regeneration. In places where there is a high risk of desertification or erosion, or where there are forestry or landscape priorities incentivising quicker forest regrowth, the decision may be made to replant trees rather than waiting for the forest to regenerate on its own. 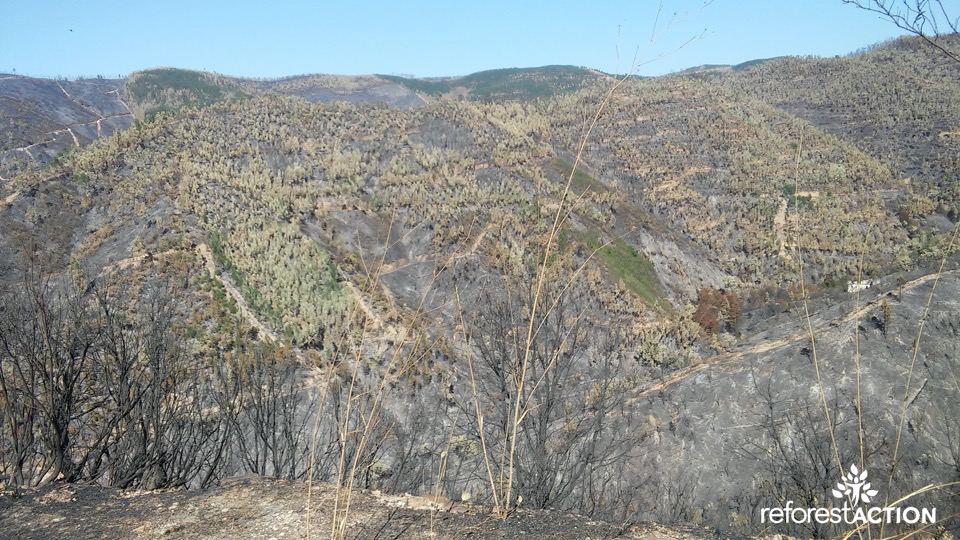 How long does it take for a forest to regenerate after a fire?

There are so many different forest profiles that it is difficult to answer this question precisely! Restoration of optimal conditions will depend on the extent of damage to the forest. The soil must recover to suitable conditions, and this can take anywhere from a few months to several years. It will also depend on the magnitude of the area destroyed and the immediate environment of the burnt land: if forests surround the area, with many seeds readily available and if the weather conditions are optimal in the first two years after the fire (including sufficient rainfall in spring), regeneration can begin fairly quickly. Generally speaking, estimates suggest that it will still take at least four to five years to start seeing the first large shoots of saplings and up to 100 years to have a real forest worthy of the name once again!

With assisted natural regeneration techniques, combined with planting, if needed, we can not only promote the restoration of a burnt forest, but also ensure a strong forest ecosystem in the long term, by directing species selection, for example, in favour of those that have better evolutionary chances and are most adapted to climate change.

Can you give us an example of a post-fire forest restoration project that Reforest’Action has worked on?

Since 2018, we have been working on projects in Portugal, including Marvao in a very arid region, where about 12,000 trees have been replanted to prevent desertification. Every summer, Portugal sees terrible fires that destroy tens of thousands of hectares of forest. Reforest’Action participates in the reforestation of regions that have been affected by forest fires in recent years. The project, encompassing the municipalities of Marvao, Meda, Maçao and Abrantes, allows the planting of maritime pine, sweet chestnut, Pyrenean oak, Portuguese oak, black alder and strawberry and cherry trees. In this particular case, planting is preferable, as the very arid soils would not be conducive to the natural regeneration of the forest.