Forging the Alliance Between Business and Biodiversity: it’s Win-Win!

Although companies are becoming more aware of environmental stakes, the major challenge of biodiversity has still gone largely unidentified. Nevertheless, it represents a true life insurance policy for all of us – companies included. 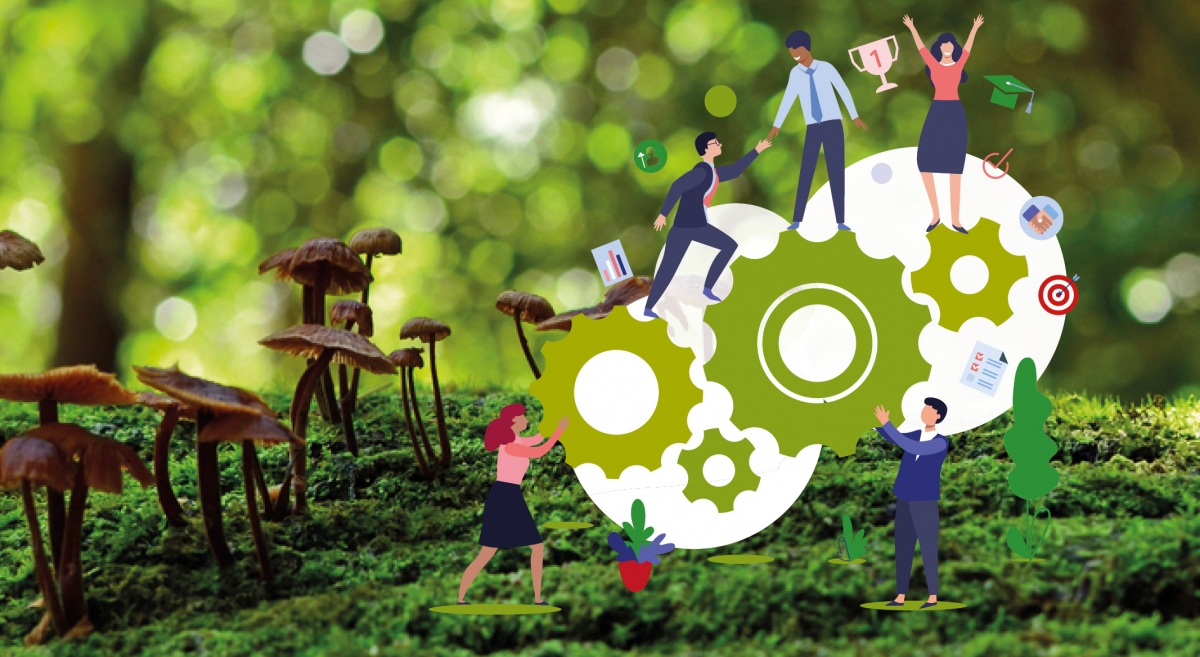 Although companies are becoming more aware of environmental stakes, the major challenge of biodiversity has still gone largely unidentified. Nevertheless, it represents a true life insurance policy for all of us – companies included.​

Without biodiversity, there can be no human society, no economy and no business. Yet we are experiencing a decline in biodiversity that is without precedent in the history of humankind, jeopardising the very foundations of our existence and our societies. According to a UN report on biodiversity1, of the estimated 8 million animal and plant species, one million are threatened with extinction in the coming decades. An unprecedented extinction rate that is picking up speed. Directly involved as both culprit and heir, companies have a major role to play in combating biodiversity loss.

Biodiversity (short for ‘biological diversity’) is the diversity of living species on our planet: the plants, animals (small and large), fungi and bacteria that form ecosystems with their environment and in which they are interdependent and co-evolve. What this means is if some parts of this living fabric disappear (whether plant, animal, fungi, bacteria, etc.), the whole ecosystem on which they depend is threatened. The diversity of life is, ultimately, a form of life assurance, because the greater the diversity, the greater the chances of developing some kind of resistance, resilience or adaptability.

… and a considerable source of wealth!

Biodiversity provides humanity with all its food sources, of course, but also with medicines, materials such as wood (for heating, cooking and ecological transition), water and air purification, pollination and soil fertilisation, not to mention limiting global warming and so much more. Due to the services it provides humanity or the resources it produces, an unbridled drop in biodiversity will lead to conflicts and mass displacement, going hand-in-hand with unprecedented economic imbalance.

Loss of species could lead to a major economic crisis

A global report has, for the first time, estimated the economic cost of nature’s decline in 140 countries: if nothing is done to halt biodiversity loss, the cost could amount to no less than $479 billion a year globally, or nearly $10 trillion by 20502. Furthermore, the cost of losing forests and related ecosystem services is estimated at $7.5 billion per year. Indeed, with shrinking forested areas and ecosystems being damaged by various hazards (droughts, storms, diseases, etc.), forests will no longer be able to provide as many ecosystem services. A major economic crisis is therefore a looming risk if the topic of biodiversity is not addressed urgently.

One piece of good news: the WWF study also shows that if we act now – at the global level – to reduce our ecological footprint and our impact on nature, we still have a chance to reverse the trend.

Companies' environmental impact and their role in tackling biodiversity loss

By taking what they need for their operations from our planet’s natural heritage, companies have largely contributed, often unconsciously, to environmental destruction. If they fail to recognise this and adapt quickly, companies will not only be hit by the inherent economic and societal crises, but will also be deprived of the exploitable resources they need for their own activities. In order for them and our societies as a whole to survive, it is imperative for our companies to undertake a two-pronged commitment simultaneously:

> Firstly, reducing the footprint they leave on natural ecosystems. This means considering and measuring the direct impact of their operations (building a new factory on a wasteland, for example), as well as looking at the impact had by their stakeholders, to which they indirectly contribute (imported deforestation, for example). This is the only way to create a chain reaction and encourage everyone to rethink their business in a more eco-friendly way.

> Secondly, participating in a tremendous collective effort to protect and develop biodiversity ‘sinks’ by targeting natural ecosystems. Among the many actions they can implement, supporting the conservation and restoration of forest ecosystems is a particularly interesting choice.

With 80% of the Earth’s biodiversity found in forests, these woodlands are veritable treasure troves in this respect and one of the main levers for action. Forest projects are unique in that they are beneficial for both the climate and biodiversity. Carbon sequestration in forest soils has a direct effect on climate regulation but is also involved in many other services such as maintaining biodiversity. Each forest project must be approached from a biodiversity perspective in order to maintain and enrich the plot of land with elements that serve as habitats for local flora and fauna. Bear in mind that the richer forests are in terms of variety of species, the more they promote animal and plant biodiversity.

To conclude, in order to endure and prosper, companies have no choice but to reassess their models. Now more than ever, the ability of companies to combine economic performance with environmental conservation is emerging as a source of innovation, progress and competitiveness. The challenge lies in changing the way companies look at their roles, making it essential to reconnect with living things so as to fully integrate them into their operations. Their sustainability – and that of our societies as a whole – depends on their capacity to reconnect with nature in order to better understand and respect it.

We can count on the fact that there are no challenges beyond the reach of a motivated group of people...

So companies, be optimistic and commit now!

1 An 1800-page study on which 150 experts from 50 countries have contributed over the last three years.
2 The ‘Global Futures’ report published in February 2020 by WWF in partnership with Purdue University’s Global Trade Analysis Project and the University of Minnesota’s Natural Capital Project.