Francis Hallé and the Canopy Raft

"Give me a tree and I will save the world" says Francis Hallé, one of the greatest biologists of our century, who dedicated his life to the knowledge and defence of trees. Portrait of the conqueror of canopies, who designed an extraordinary device to study them better: the Canopy Raft.

"Give me a tree and I will save the world" says Francis Hallé, one of the greatest biologists of our century, who dedicated his life to the knowledge and defence of trees.

In order to study them better, he designed an extraordinary device : the Canopy Raft. Created in the 80's, it's a gigantic net supported by an airship and designed to be landed on the canopy of the world's oldest forests. This incredible device allows its users to study the fauna and flora of the treetops. 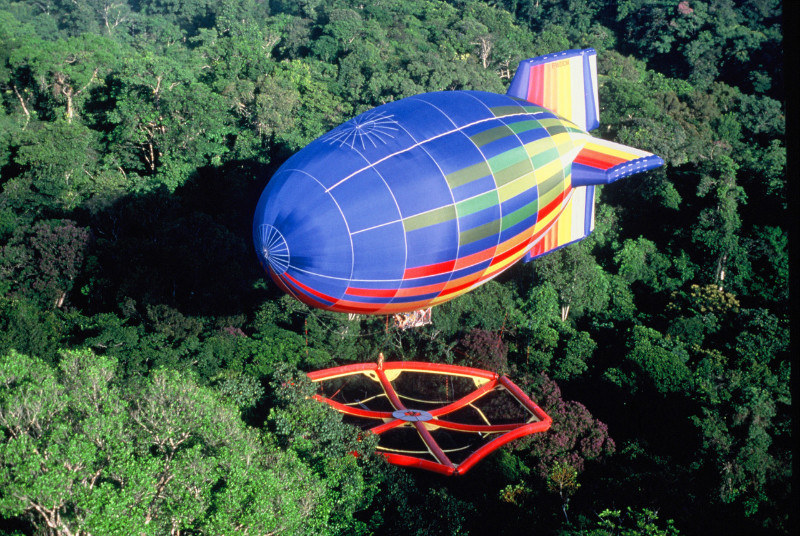 Located 30 to 50 metres above the ground, the canopy functions as a solar collector that allows the entire forest to function. In the tropics, it contains the world's highest biodiversity.

As part of Opération Canopée, Francis Hallé led numerous scientific expeditions in French Guiana since 1986. His ascents - and those of his team - to the canopy are like the crossing of a mirror. Clinging to a climbing rope, he rises from the universe below to that of the sky, from undergrowth to foliage, on which the Canopy Raft is waiting for him, and discover with wonder all the worlds crossed in the meantime. 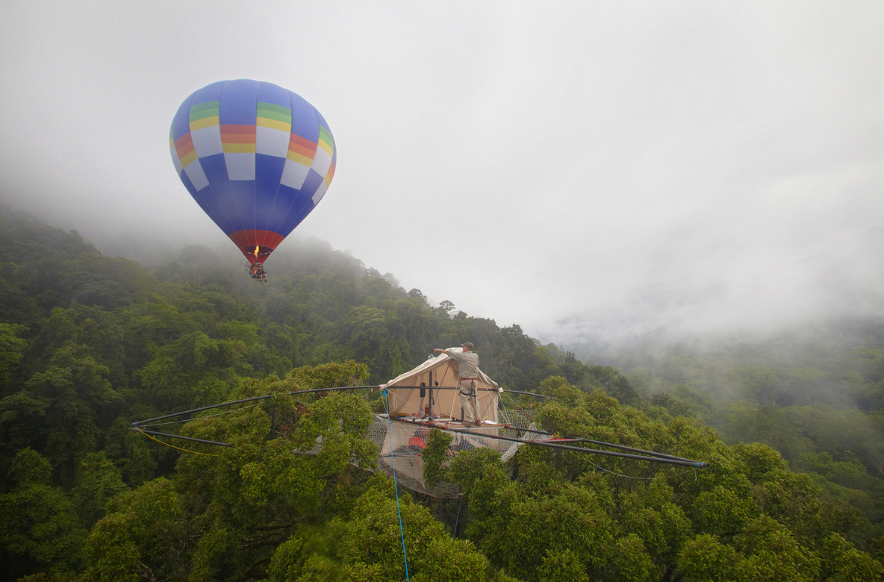 Accessing forest roofs radically transforms his perception of forests. He becomes aware of each of the strata that compose them, and learns to feel them as the beings that inhabit them: insects, birds, butterflies, monkeys, lizards, plants... The forest ecosystem reveals itself in all its links of interdependence. In the end, it is a green ocean stretching under its feet: a new continent, a new world above the forests.