Guinea: faced with the disappearance of natural forests, local communities are committed to reforestation

Witnessing massive deforestation and the environmental devastation it causes, village communities are embarking with RENASCEDD, our technical partner based in Conakry, to restore forests in Guinea. Initiated in 2018 with financial support from Reforest'Action, the reforestation project is being conducted on the ground thanks to the commitment of the people who are direct beneficiaries.

Witnessing massive deforestation and the environmental devastation it causes, village communities are embarking with RENASCEDD, our technical partner based in Conakry, to restore forests in Guinea. Initiated in 2018 with financial support from Reforest'Action, the reforestation project is being conducted on the ground thanks to the commitment of the people who are direct beneficiaries. 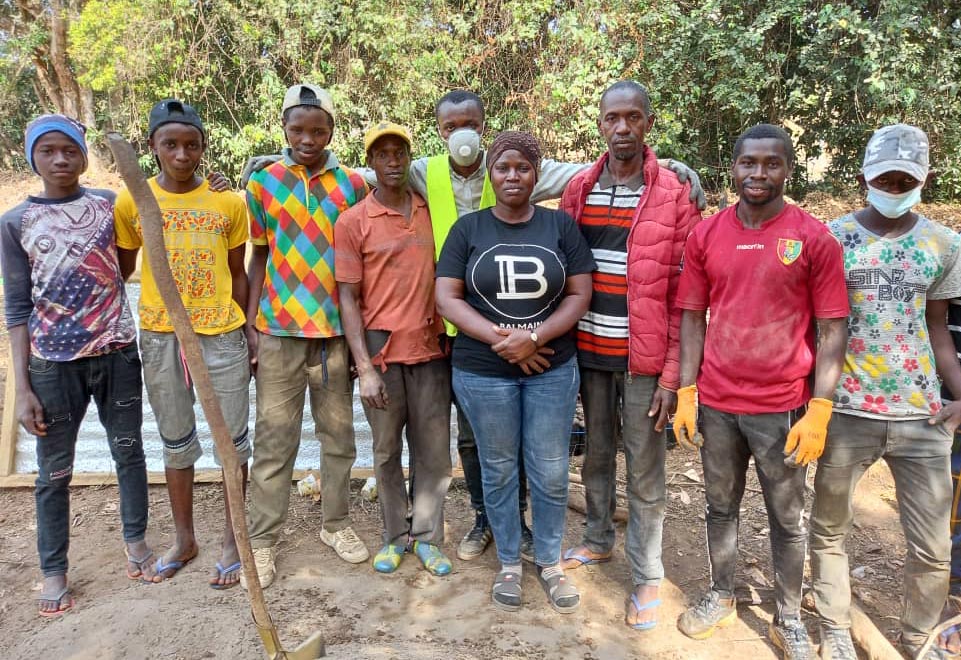 For 40 years, deforestation has disrupted rural areas in Guinea

The roots of deforestation in Guinea Conakry

In Maritime Guinea, the dense forest that once existed on Guinea's coastal plain has almost disappeared - only a relic remains in a naturally protected site in the prefecture of Forécariah. Mangroves, the forests between land and sea that take root along Guinea's coastlines, are also threatened with extinction. Among the main causes of deforestation:

In a humid tropical climate such as that of Guinea, characterized by abundant rainfall, deforestation leads to the leaching of soils, which are no longer sheltered by the forest cover. This causes a decrease in soil fertility due to the difficulty in reconstituting humus after rainy episodes, as well as the fragility of the soil, which loses its ability to support dense and thick vegetation, and is therefore no longer favorable to the regeneration of deforested forests. The disappearance of the Guinean continental forests thus directly affects local communities who rely on them for food, both fruit and game, as well as for medicinal purposes.

As for the mangroves, whose wood is prized for heating and salt production, their retreat leads to coastal erosion, rising water levels and soil acidification, which makes it increasingly difficult for the coast to be viable and cultivable, as well as the drying up of coastal biodiversity, which is essential for the food security of populations.

In addition to the consequences of deforestation, there are also the repercussions of global warming - the two are linked, since deforestation causes the atmospheric release of carbon stored in the forests in the form of greenhouse gases, which in turn fuels global warming. In Guinea, climate change is reflected in the disruption of the agricultural calendar with the extension of the dry season, the decrease in agricultural yields and the drying up of rivers. These are all consequences that can be directly felt on a daily basis by rural farming communities in Guinea.

It is in this context that our reforestation project, conducted in the field by RENASCEDD, a Guinean NGO, is anchored. By organizing reforestation alongside local populations in order to increase their standard of living and restore their environment, RENASCEDD aims to promote better farming practices, such as agroforestry, to offset the devastating effects of deforestation and climate change. 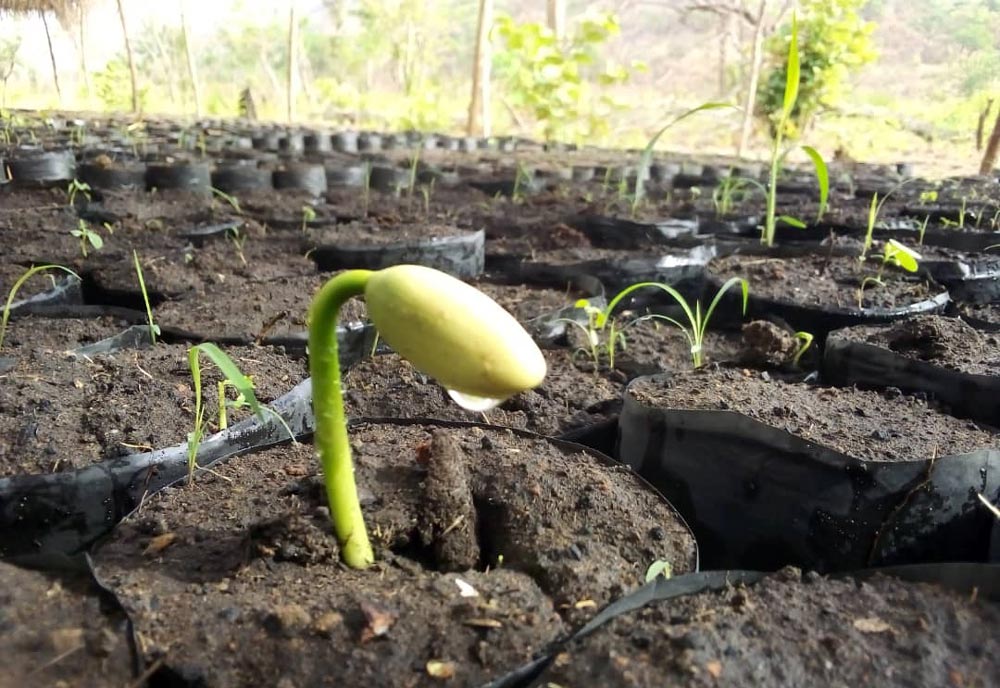 In Kaback, the disappearance of the forests threatens the very existence of the village

Kaback, an island located seventy kilometers from the capital Conakry, is one of the localities where the reforestation project financed by Reforest'Action and conducted by RENASCEDD is taking place. Composed of vast rice-growing plains, the island has been hit hard by the deforestation of continental forests and mangroves, which have been overexploited for their wood or replaced by pastures. With them, their function of soil retention and fight against erosion of the coastline is disappearing, exposing the island to rising waters, which threatens to gradually disappear the village of Kaback.

On site, local authorities are mobilizing alongside RENASCEDD to encourage change in practices and the implementation of reforestation campaigns. After a first phase conducted in 2020 and financed by Reforest'Action to restore the island's mangroves, while at the same time instituting an official ban on all logging within them, a second phase will begin in 2021 with the support of Reforest'Action, this time to restore the locality's terrestrial forests.

And while the actual action of planting trees, conducted in concert by villagers and local authorities, will last only one season, RENASCEDD insists on the sustainability of the communities themselves, who, educated on the importance of protecting these forests, will perpetuate the good practices learned during these workshops to future generations.

Watch a video of our reforestation project in Kaback:

RENASCEDD is preparing the 2021 reforestation campaign

"We must reforest": this injunction, in the words of Lansana Youla, sub-prefect of Kaback committed to RENASCEDD, testifies to the interest of local communities in reforestation and the awareness that is currently taking place within them thanks to RENASCEDD's awareness.

The 2021 reforestation campaign will see the planting of 150,000 trees financed by Reforest'Action, in the regions of Kindia, Boffa, Forécariah (where Kaback Island is located), Mamou and Faranah. Many species are currently being produced in nurseries and will be planted in the next few weeks to contribute to the restoration of Guinean forest ecosystems and encourage the adoption of more forest-friendly farming practices, such as agroforestry. Among these species, many fruit trees (orange, mandarin, avocado, cashew, moringa, neri, lemon, soursop) but also fast-growing trees (gmelina, teak), which will once again provide local communities with some of the fruit and wood they need for their daily lives, and will help shape the Guinean forests of tomorrow.

The project needs your help to develop: contribute now by funding trees in Guinea! 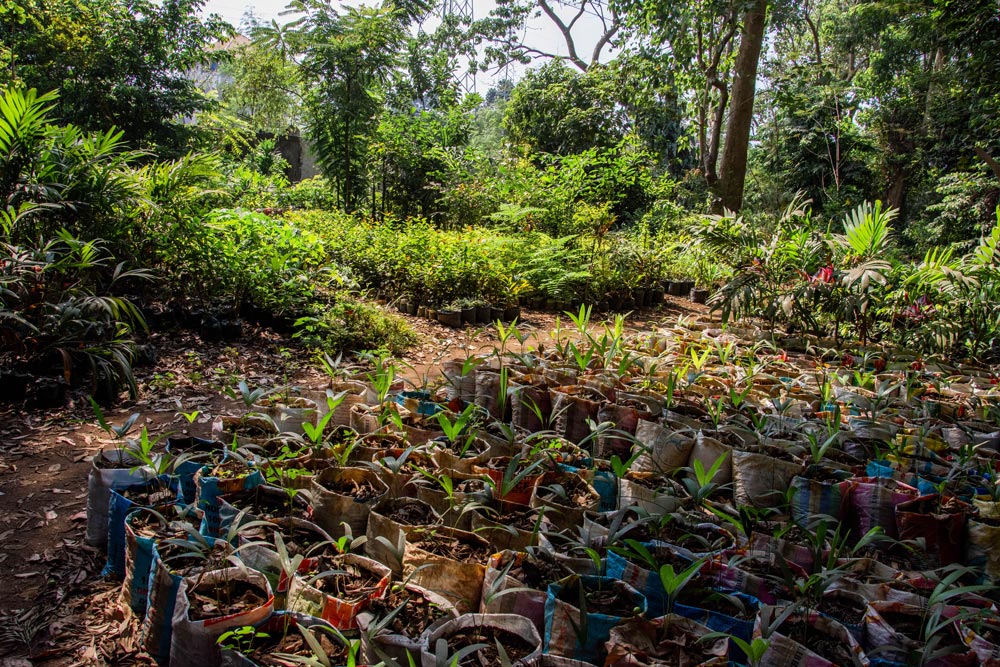