Between December 2020 and March 2021, 7000 trees of various species were planted in Hemer, a community of the German region of Sauerland.

Between December 2020 and March 2021, 7000 trees of various species were planted in Hemer, a community of the German region of Sauerland. 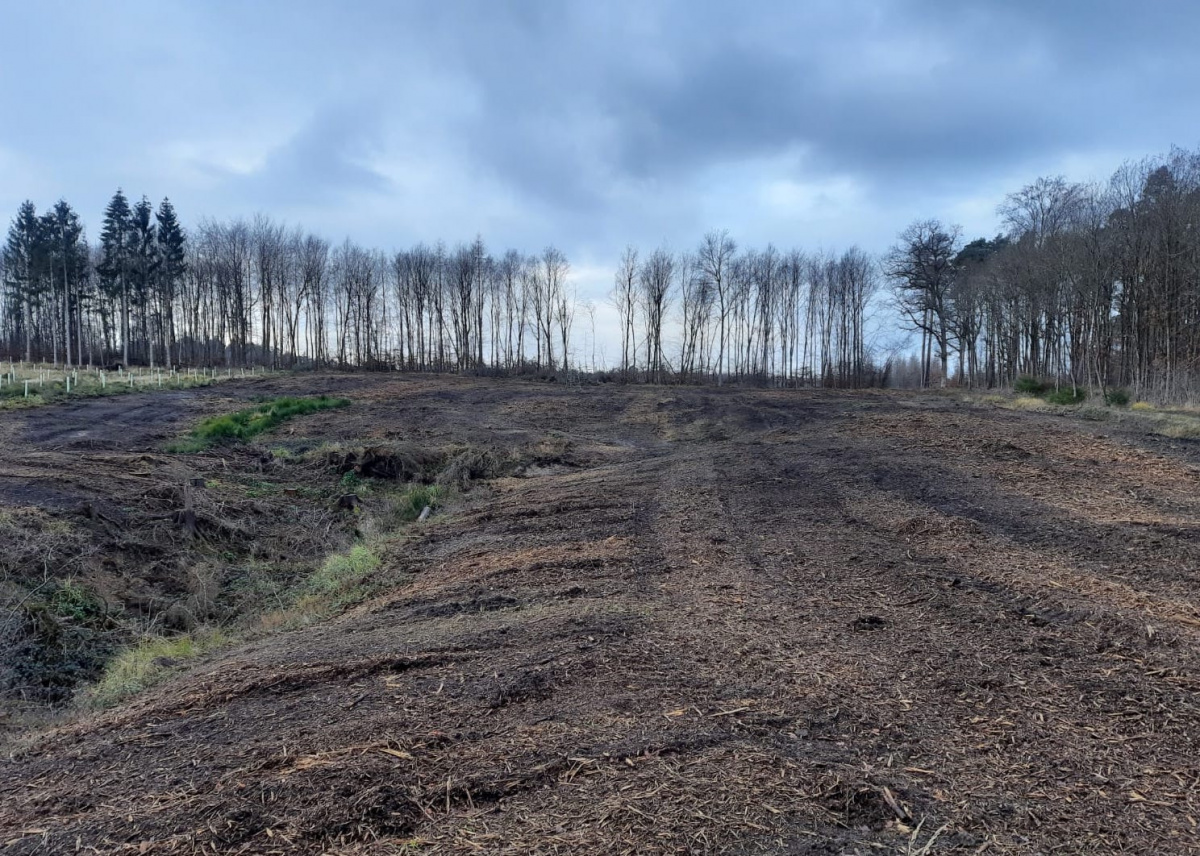 The plots, which cover 2.5 hectares, suffered from successive heat waves, caused by global warming. In this mid-mountain region, also known as the "land of a thousand mountains", there are many wooded areas, some of which are classified as natural parks. Within the forests, beeches and spruces dominate, while mixed forests are rather rare.

In Sauerland, monoculture is a common practice. The lack of diversity within agricultural plots and forest parcels has implications for the environment: soil impoverishment, reduced biodiversity and increased risk of biological attack often result from this type of production. Another disadvantage is the increased sensitivity of monospecific forests to climate-related hazards, as illustrated by the Hemer's plots. As a matter of fact, the parcels were severely weakened by the decrease of rainfall and the successive heat waves that hit the region in the recent years. Within the affected areas, the beech and spruce trees ended up dying.

Reforesting and diversifying the stands

An ambitious reforestation project, supported by BNP Parisbas, has been deployed in order to rescue the damaged stands and fortify the massifs. 7,000 seedlings of three hardwood and softwood species were introduced on the plots. This diversification will increase the resilience of the forest and thus help it cope with climate change. In addition, the plants will be better equipped against pest invasions. Moreover, the height difference between young trees and older specimens will make the stands more resistant to strong winds and help slowing the progress of potential forest fires.

The mix of multiple species will also be conducive to biodiversity within the plots, each species promoting its own specific biodiversity. In the long term, the forest will contribute to the fight against global warming, thanks to the carbon stored by the trees. A project in favour of the protection of biodiversity and the preservation of the various ecosystems, which will, hopefully, inspire similar approaches within the region.