In India, the forest-based circular bioeconomy generates socio-economic benefits for the population

Developed within the framework of the Circular Bioeconomy Alliance established by His Royal Highness The Prince of Wales, the Assam Living Lab project in India aims to restore degraded forests in the Eastern Himalayas and develop agroforestry, a source of socio-economic benefits for the populations. Led on the ground by the Balipara Foundation, the project contributes to a circular bioeconomy that sustainably valorizes biological resources from trees and ensures their circular transformation into food, energy from biomass and biomaterials, with the objective of sustainably improving the living conditions of local communities. 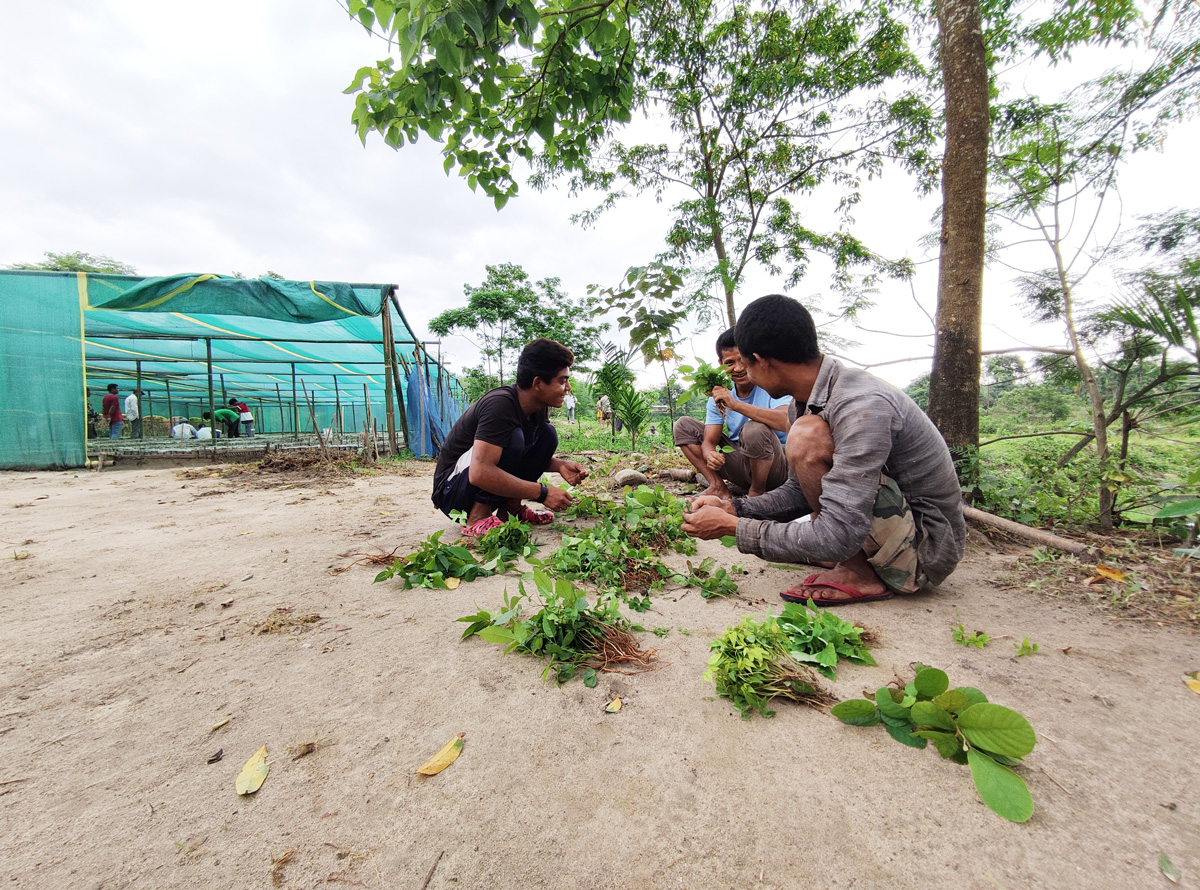 Restoring forests in the Eastern Himalayas and developing agroforestry

The Indian state of Assam is located at the eastern end of India, between Bhutan, China, Myanmar and Bangladesh. This eastern Himalayan region has lost 10% of its forest cover since the 2000s due to the increasing conversion of primary natural forests to agricultural plots, and the invasion of exotic species that thrive at the expense of native vegetation. The result is a decline in the health of natural ecosystems, which can be seen in terms of soil degradation, the progression of land desertification, and the depletion of water tables. In this context, Reforest'Action has joined forces with the Balipara Foundation, an Indian NGO, to plant 1 million trees.

The first objective of the project is to restore 900 hectares of degraded forests in the region by planting a multitude of endemic species (ficus, ramontchi, Indian mulberry, ashoka) which will also help recreate a biological corridor for the migration of Asian elephants. The second component of the project is the development of agroforestry within 100 hectares of cultivated fields through the integration of fruit trees (moringa, lemon, mango) and fast-growing trees (black myrobolan), which will provide populations with more sustainable agricultural solutions.

Between May and June 2022, nearly 30,000 trees have already taken root in the degraded forest areas of Jhanjimukh and Phuloguri Kochari, thanks to the participation of local people, particularly women's communities. Due to the heavy rains, which are not conducive to the start of the agroforestry work, it will begin later in the season. 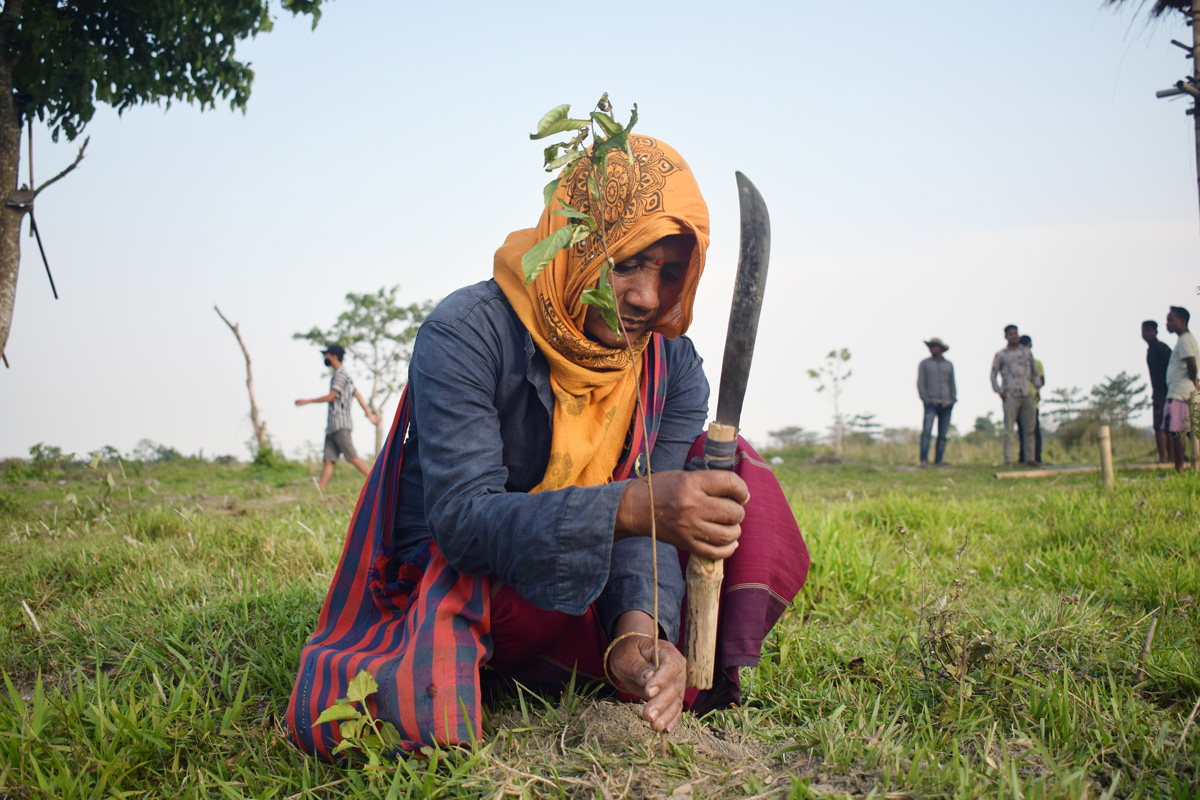 A circular bioeconomy project based on the forest

The project is being developed as part of the Circular Bioeconomy Alliance established by His Royal Highness the Prince of Wales, which aims to catalyze investments to create regenerative landscapes and sustainable markets powered by nature. Under this project, the circular bioeconomy aims to ensure the sustainable well-being of local communities through the creation of forest ecosystem services and the sustainable management of biological resources from trees. These resources are then transformed in a circular manner into food, biomass energy and biomaterials, while respecting the ecological limits of the ecosystems on which they are based. 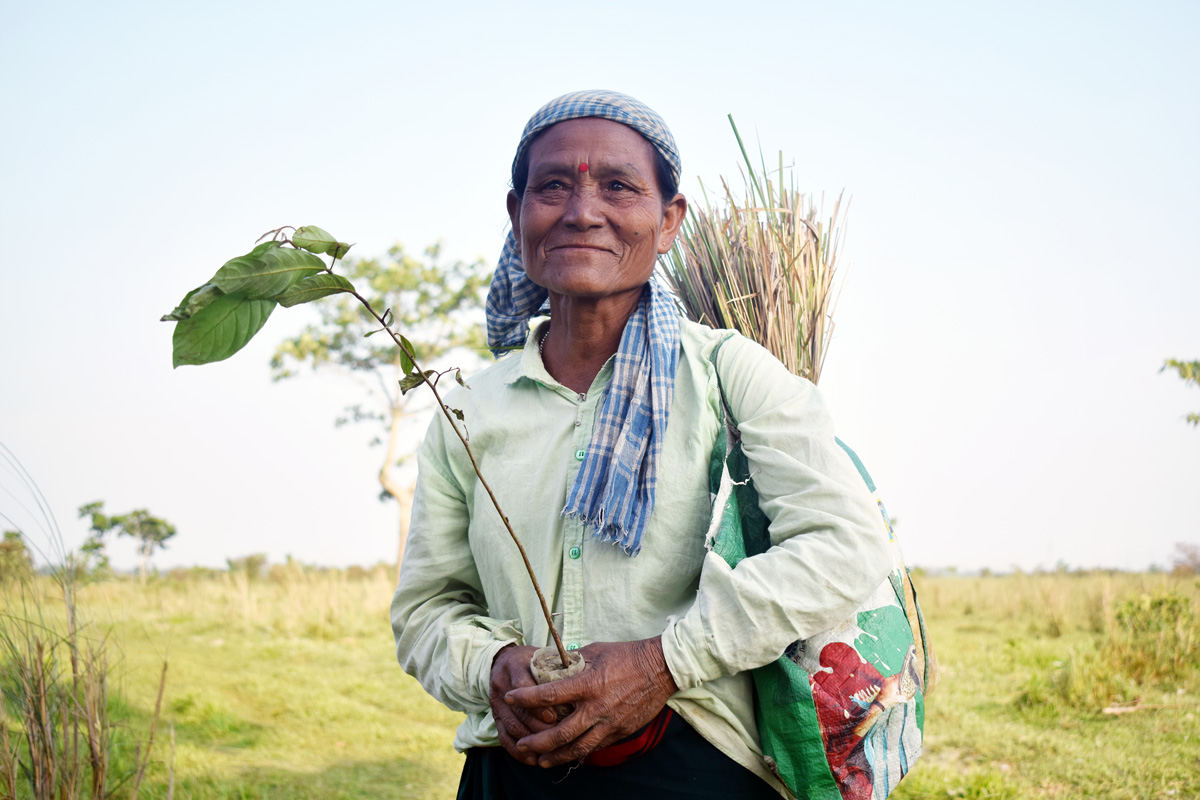 Our project leader, Saurav Malhotra, co-founder of the Balipara Foundation, testifies to the importance of the project for local communities: "The retreat of forests in the state of Assam creates difficult conditions for communities who live on the frontline of climate change and face issues such as flooding. It is also a complex situation for biodiversity and especially for populations of large mammals such as Asian elephants, which suffer from the reduction of their natural habitat. The primary objective of our project is to restore forests that have been degraded and to create agroforestry systems that contribute to the food security of local populations. In the short and medium term, forest revenues will be key drivers for the socio-economic development of communities. In the long term, forest restoration will have an impact on watersheds and water tables, on soil fertility and on the preservation of elephant populations. The project fully engages local people who control and manage its implementation, and this community involvement is the very guarantee of its sustainability."