Madagascar: agroforestry is developing in the village of Ambatobe

Between July and September 2018, 1197 trees were planted in Madagascar, in the Ambatobe Forest region. Discover all the latest news about the project!

Between July and September 2018, 1197 trees were planted in Madagascar, in the Ambatobe Forest region. Discover all the latest news about the project!

Heavy rains in winter and September, which flooded the roads, made it difficult to access the planting areas, which were sometimes very far from the community nursery in the village of Ambatobe. The young trees are transported to the place where they will take root on foot by the planters, who place the plants in baskets. A study of micro-nuts nurseries is being carried out at the various planting sites to facilitate supply.

The cyclone in January 2018 and heavy rains in the winter season have also caused bees to flee, which have completely disappeared from the region since May, causing concern among local populations. However, they returned to their hives at the beginning of October, under milder weather conditions. The planting of honey trees such as acacias, which create nectar and pollen of good quality and accessible to bees, will thus provide better protection for them in the future.

The planting season began in early October and will continue until January. 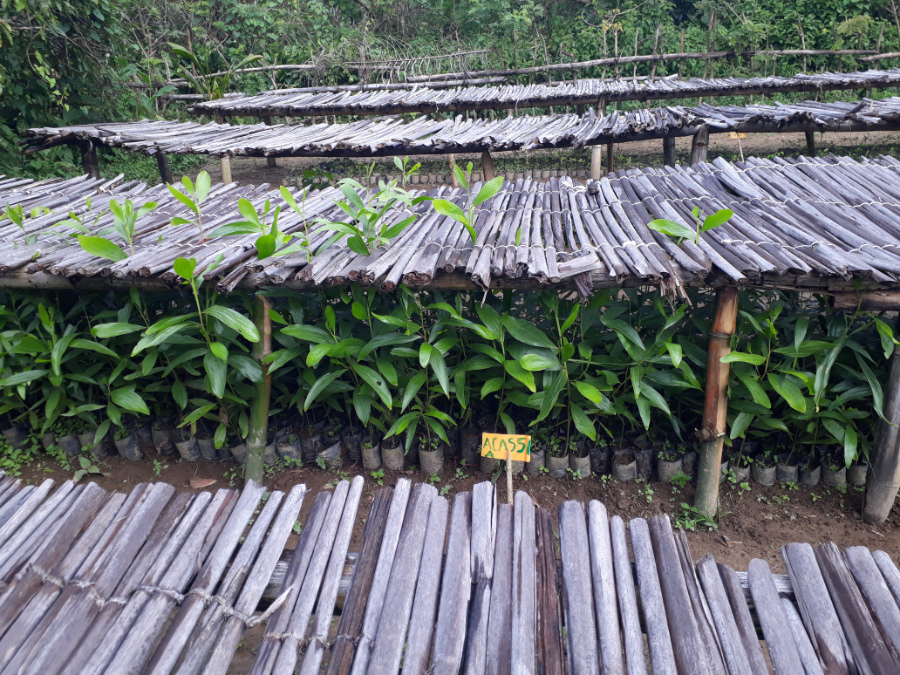 More than 1000 trees planted between July and September

Despite climatic hazards, 1197 trees were planted around the village of Ambatobe between July and September on plots of land belonging to 47 farmers. Among these young plants are many fruit essences, such as corossolier, jackfruit, mango and noni, whose fruit juice is particularly appreciated by Malagasy people. But it is also coffee and cocoa plants that have been planted by farmers on their land. They will be able to benefit from the first harvests of fruit, coffee and cocoa within three years. Finally, acacias (which bees are fond of), hintsy, nanto or even rami beas have been planted with the vocation of producing firewood, carpentry or construction in 20 to 30 years. 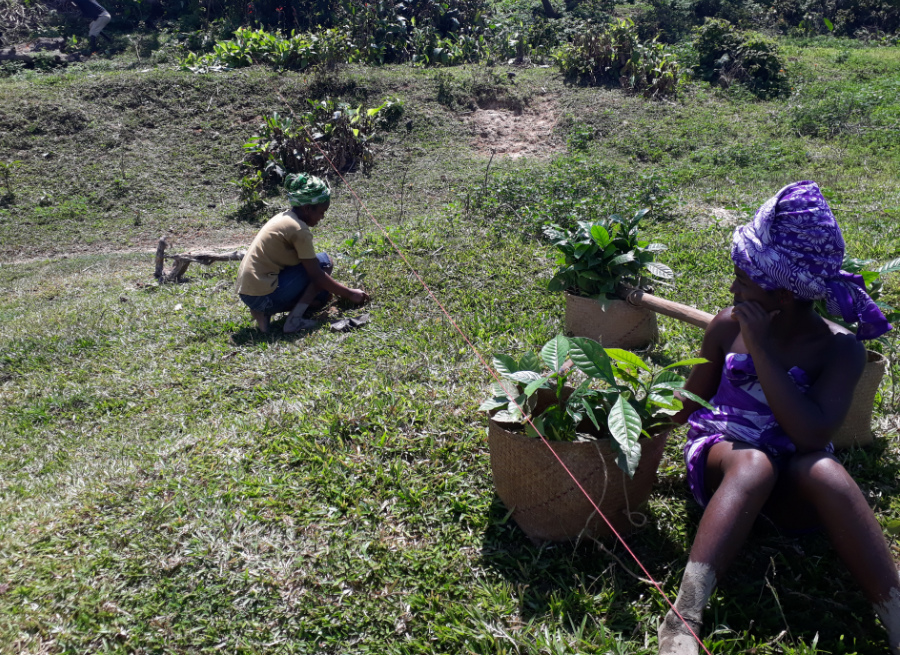 In mid-September, the local population joined the farmers for an exceptional participatory planting of 100 trees around the football field in the village of Ambatobe. The planted acacias will provide many benefits to the community and create social cohesion: they will shelter the football field from the wind, provide shade for fans to attend matches, and relieve soil congestion by filtering rainwater. 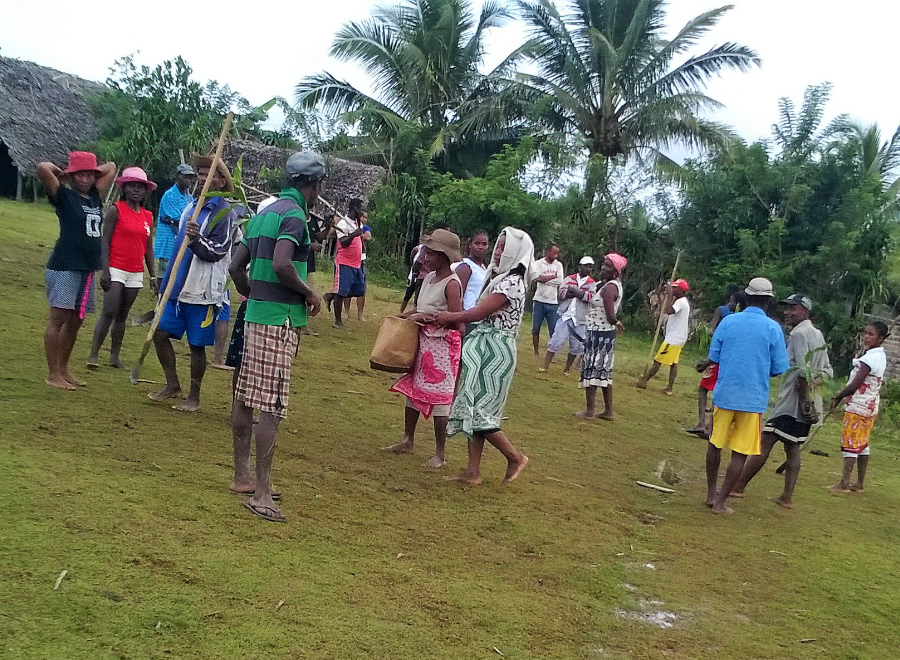 Development of agroforestry and end of slash-and-burn farming

Encouraged by the various awareness actions carried out by our partner in the field, Generation Masoala, the inhabitants of Ambatobe are integrating agroforestry into their agricultural practices with increasing enthusiasm. They are thus becoming aware of the importance of forest cover for their cash crops, and of the ability of trees planted in and around their fields to enrich cultivated soils.

As a result, slash-and-burn farming thus loses its interest in their eyes. This temporary soil fertilization technique consists in burning a bare plot of land to provide it with nitrogen before cultivating it, but is particularly harmful to the environment because the slash-and-burn plot is only profitable for a very short time before it becomes sterile for several years.

Mr. Belucien, a farmer associated with the project, shows his strong interest in agroforestry: "Following the death of my father, I inherited more than 30 hectares of land in Ambatobe. I start by planting trees there through the Masoala Generation and Reforest'Action project, and I would like to eventually grow vanilla, cloves and coffee under their cover." 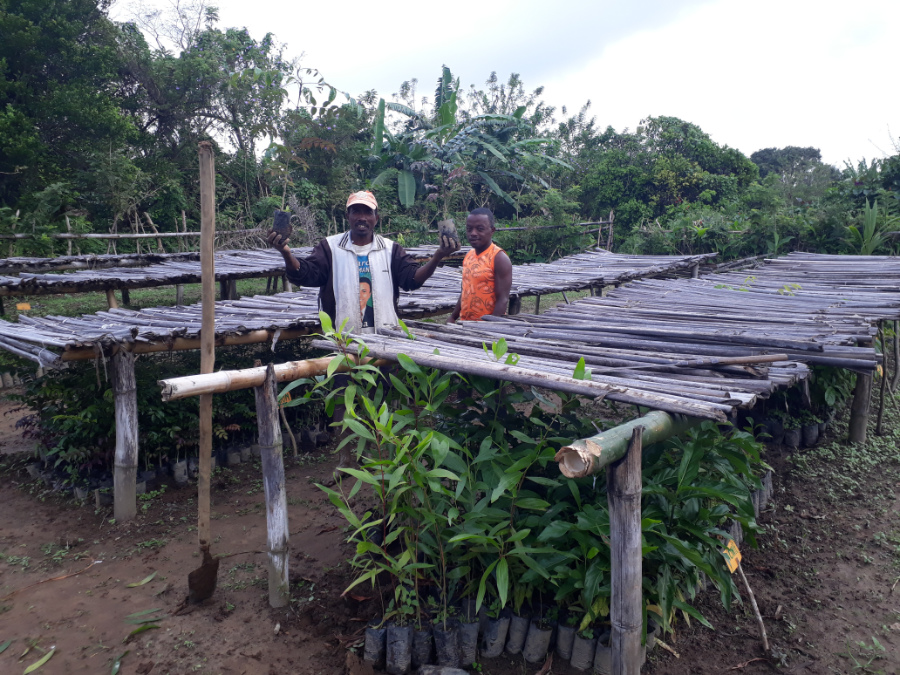 Caring for within the community nursery by three nurseries, 9582 trees are currently being planted and will soon take root in Madagascar. 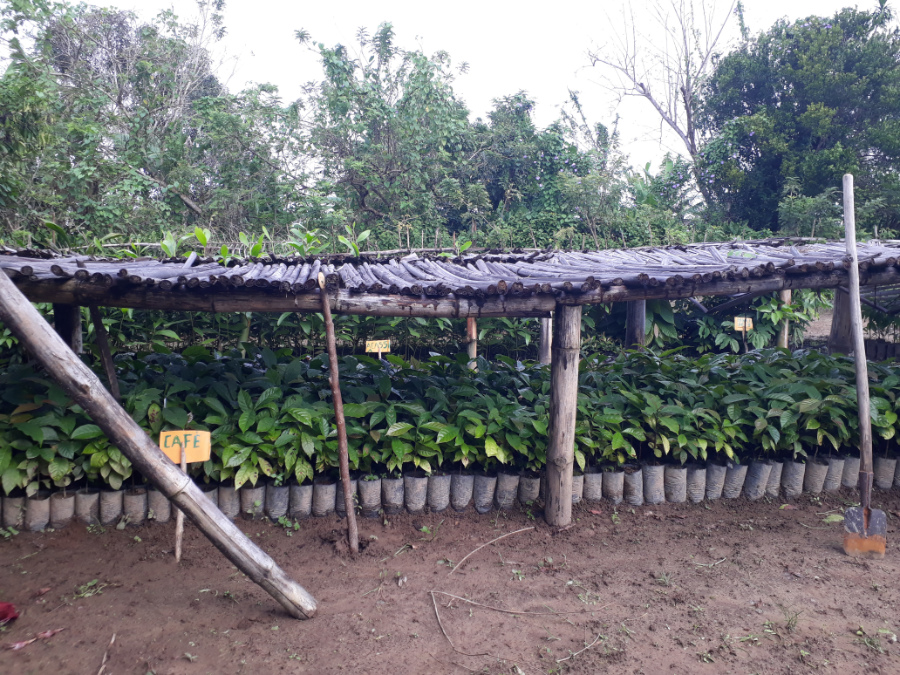