In Malawi, the agroforestry project financed by Reforest'Action and led on the field by the NGO Inter Aide aims at ensuring food subsistence and increasing the energy autonomy of local communities by integrating trees, sources of fruits and wood, around cultivated fields. With a strong community dimension, the project accompanies the farmers at each step of the creation of these agroforestry systems, from the production of trees in nurseries to their planting and maintenance. Designed to run for three years, the program aims to produce and plant a total of 300,000 trees in different villages in Lilongwe District. 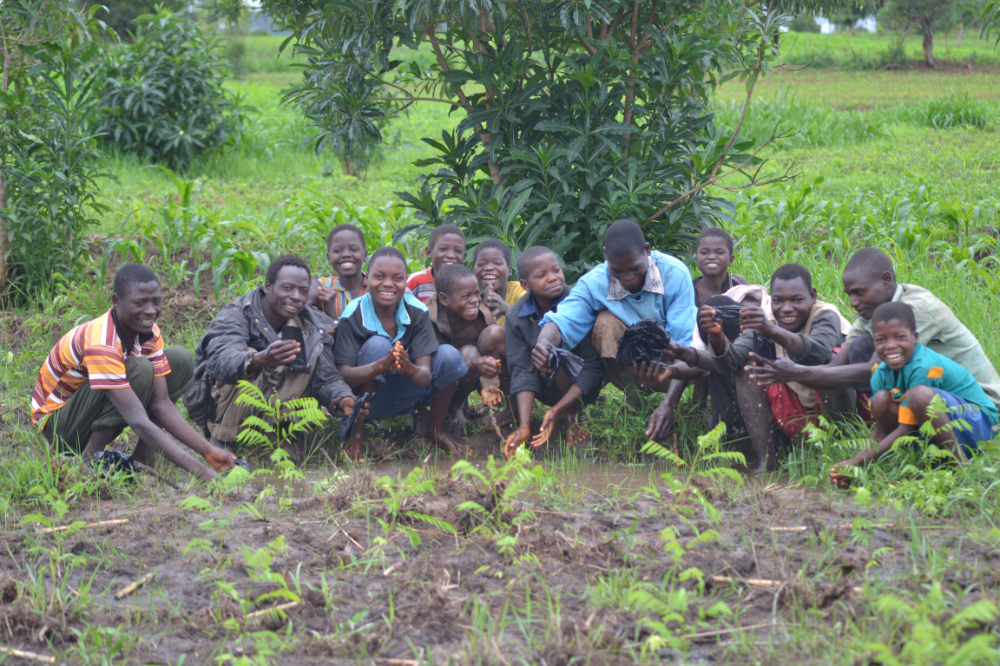 Setting up the project: from the selection of the pilot village to the creation of the nurseries

Initiated in July 2021, the first phase of the project is taking root in Chidambayila, a village selected for its water resources and the commitment of its inhabitants, following a survey conducted in the field by the agroforestry technicians and the monitoring and evaluation officer of the NGO Inter Aide.

In order to present the stakes and the objectives of the project as well as the importance of the tree within an agroecosystem, a first community awareness session was conducted in August 2021, which won the massive support of the farmers. Among the 700 households that make up the village of Chidambayila, more than 500 families have registered with Inter Aide to participate in the implementation of the program. The objective is to develop agroforestry by introducing fruit trees and wood energy producing species within the cultivated lands, in order to ensure the food subsistence of the households and to enable them to reach self-sufficiency in terms of wood resources.

In September, Inter Aide trained volunteer villagers in plot design, a mental modeling exercise to define the spatial organization of their agricultural plots and the number of trees that could be integrated to form hedgerows. Based on these projections, the construction phase of the nurseries dedicated to supplying the project with seedlings was immediately initiated. In total, 31 community nurseries were built by the beneficiary farmers using local materials (reeds, bamboo, grass and dried corn stalks).

The production of the seedlings in the nurseries took place from October to December 2021 and was carried out by the villagers themselves, thanks to the continuous training provided by Inter Aide's technical teams. Although some families finally withdrew from the project, due to availability constraints, nearly 400 farmers persisted until the production of 100,000 plants of various species at the end of 2021. 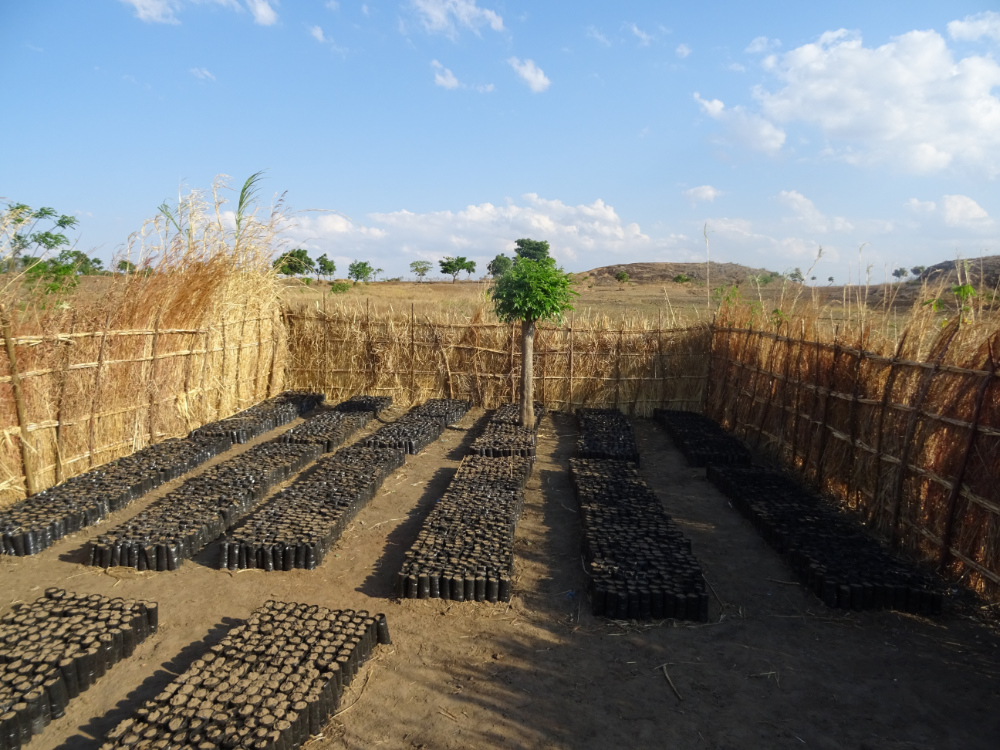 While the rainy season is usually expected in Malawi between late November and mid-December, it did not arrive until mid-January 2022, creating a delay in the program schedule and an untimely latency phase for beneficiary families, who were forced to continue to provide daily labor to maintain the seedlings in the nurseries while awaiting their planting. The preparation of the plots of land prior to planting requires rainfall, which makes digging easier due to the high clay and laterite content of the soil in the region. The project's technicians had to be extra vigilant and provide frequent support to the nurseries in order to maintain the communities' motivation.

Planting finally began in mid-January 2022 and continued until March. Thanks to the support of four Inter Aide technicians, the farmers were able to plant the trees they produced around their fields in order to form hedgerows, which will allow them, in the long run, to generate energy wood and fruits for the food of their families, without encroaching on the space reserved for their food crops. This agroforestry method will also restore the environmental functions of their farmland and make it more productive. 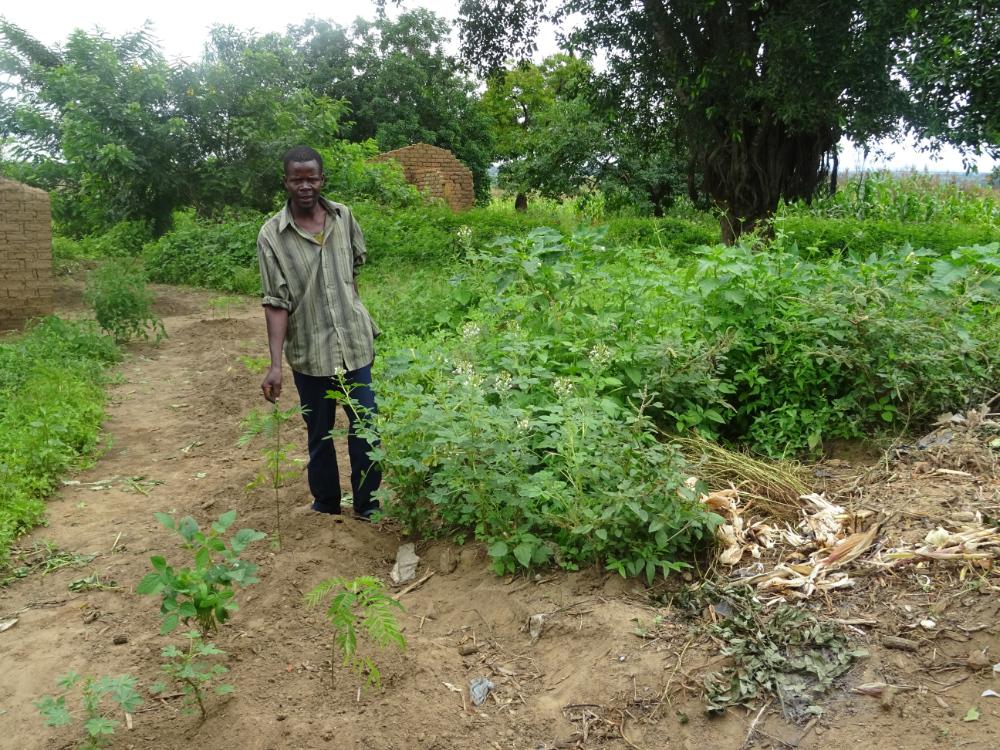 A total of 45,000 trees were planted during this initial phase, which is half of the nursery's production. The remaining half will be planted next season, especially since new families have shown interest in the project and wish to join it in the village of Chidambayila.

In parallel, new villages have been identified to continue to deploy the project beyond its pilot phase, and 1400 additional families have already registered for the next planting season. In June 2022, a new introductory session to the project was held, marking the kick-off for the continuation of the project, which is benefiting from growing community interest. 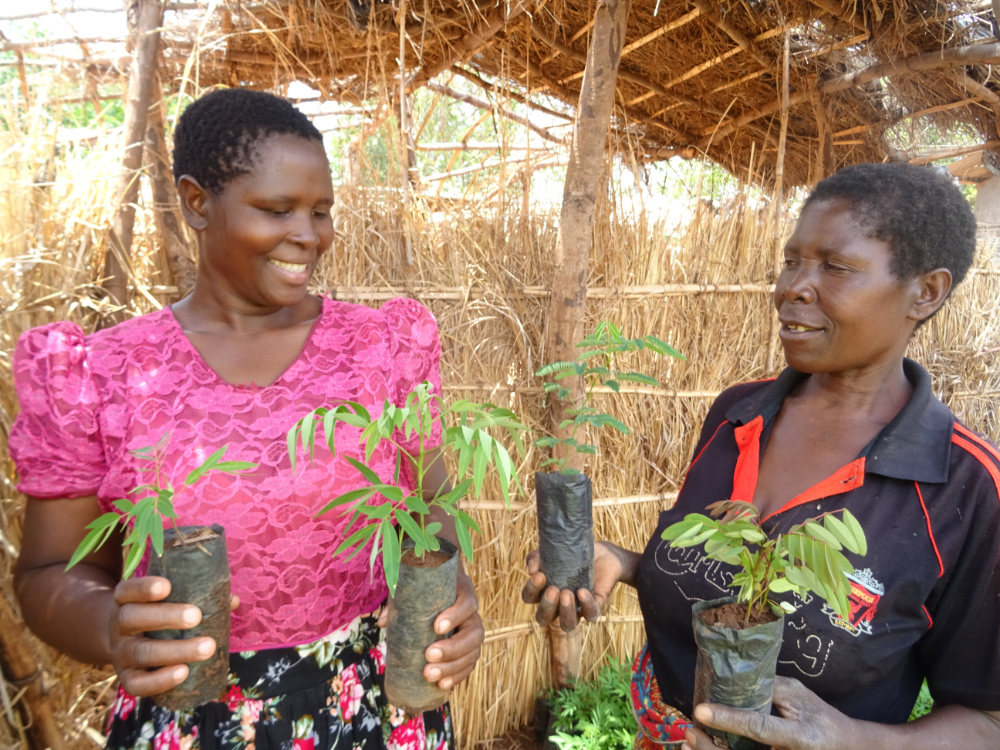