New project in Colombia: reforestation and silvopastoralism in the Andes

In Colombia, in the heart of the Andes, the project financed by Reforest'Action since 2021 and carried out in the field by Impulso Verde aims to restore the mountainous forest ecosystems of the department of Nariño and to develop an innovative silvopastoral model alongside local communities.

In Colombia, in the heart of the Andes, the project financed by Reforest'Action since 2021 and carried out in the field by Impulso Verde aims to restore the mountainous forest ecosystems of the department of Nariño and to develop an innovative silvopastoral model alongside local communities. 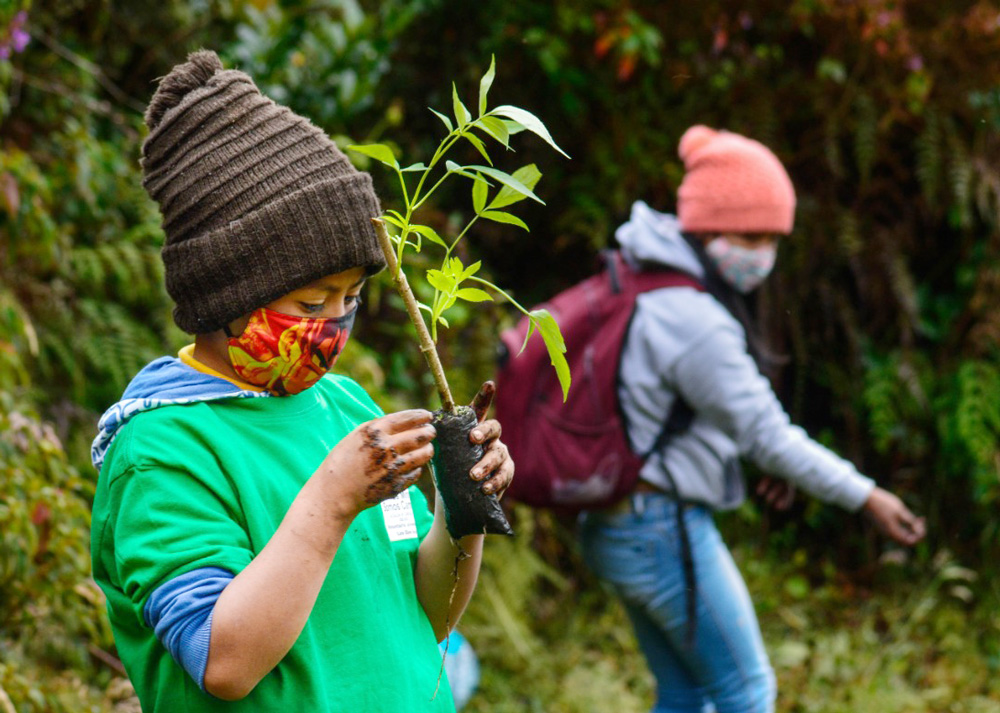 Why support a reforestation project in Colombia?

Colombia is the fourth country in the world most impacted by deforestation and the second richest country in biodiversity after Brazil. In the Andes, which concentrated 26% of Colombian deforestation in 2016, the disappearance of forests and trees has a strong impact on erosion and water resources. The capture of water and its storage are ensured by unique ecosystems in the world: the páramos. These are the richest mountain ecosystems in the world in terms of biodiversity. Today they are threatened with extinction due to climate change and the expansion of agricultural areas. Anchored in the heart of the Andes, the project financed by Reforest'Action and carried out in the field by Impulso Verde aims to reforest and reduce anthropic pressure in the páramos of Chile-Cumbal and around the Páramo de la Paja Blanca Regional Natural Park. The objective: to strengthen and accelerate the reforestation program in order to restore the páramos and the alto-andine forest, and to promote the development of a sustainable livestock breeding model in connection with the local communities, the sylvopastoralism. 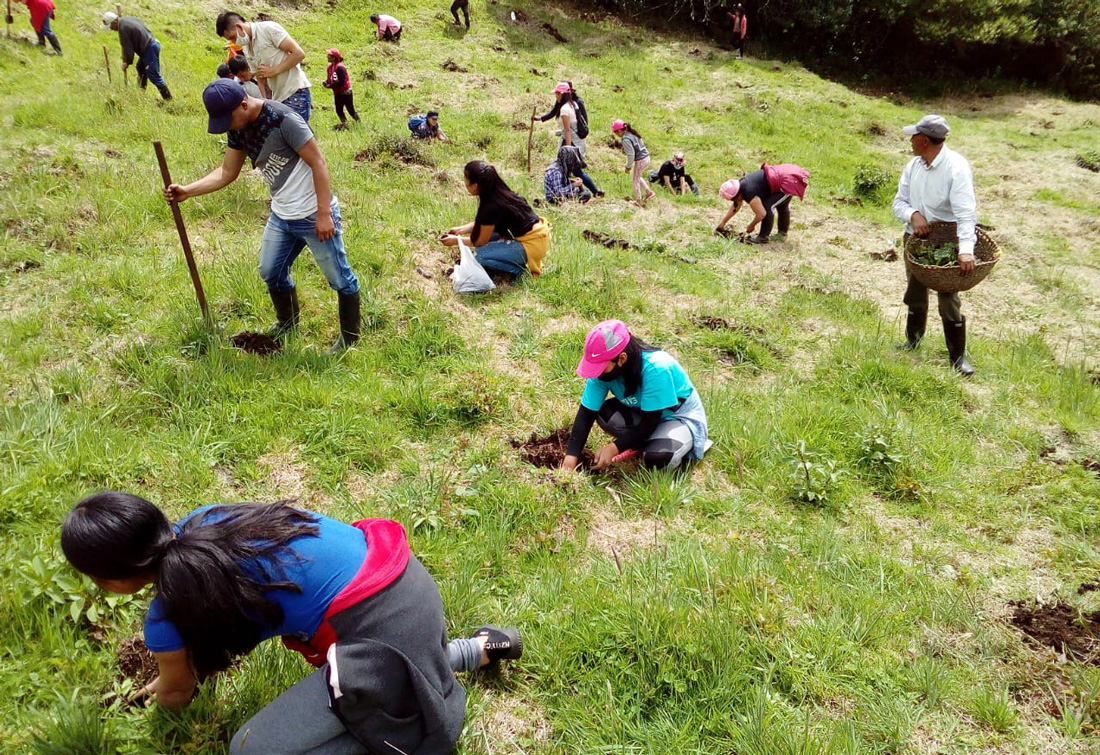 The first objective of the project is to protect and restore the páramos and alto-andine forests through the reforestation of the watersheds (spaces that drain all the water of a territory to an outlet such as a river). The reforestation area is located within the Chile-Cumbal páramos complex and around the Páramo de la Paja Blanca Regional Natural Park, also known as Chiltalzón, "mountain full of water" in Pasto language. This park provides water to approximately 100,000 inhabitants in seven municipalities surrounding the park. In 10 years (from 1997 to 2007), the park has lost a quarter of its original area.

Through the planting of more than 40 different native tree species, the project will have a direct impact on the protection of local biodiversity and water resources. In order to make the reforestation project possible, activities to expand and strengthen the existing nursery network will be carried out during 2021 through the purchase of materials and equipment, the production of new seedlings and the construction of new nurseries. 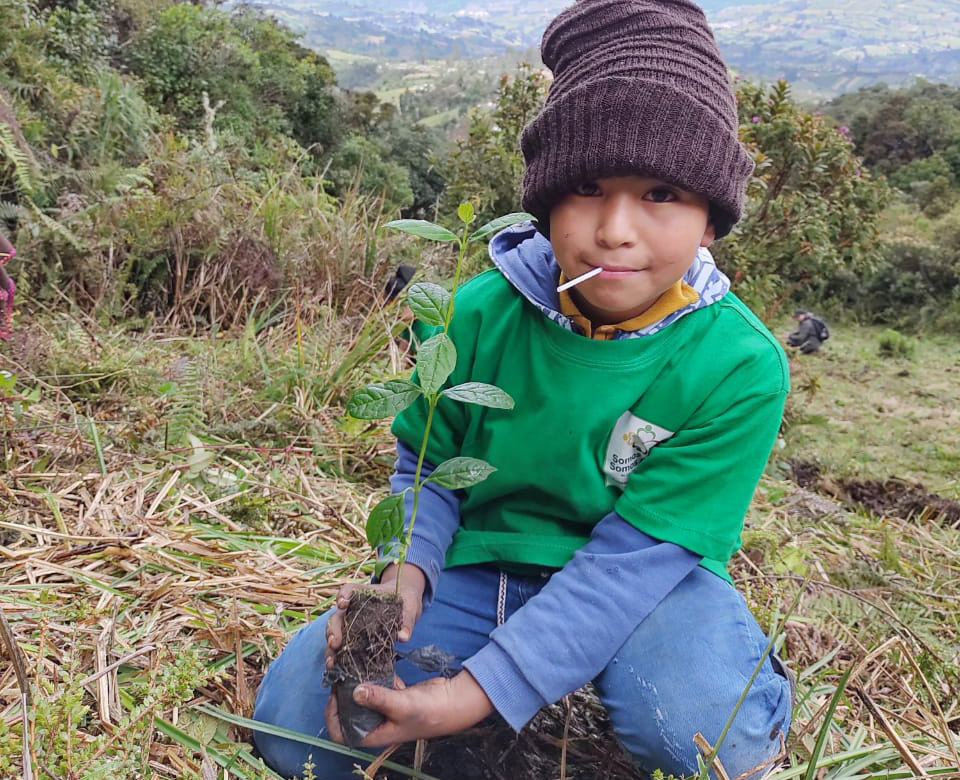 Develop a model of silvopastoralism

The second objective of the project is to develop a sustainable dairy farming model through sylvopastoralism among 200 small dairy farmers, in order to reduce the anthropic pressure on the Alto-Andean forests and on the páramos. The sylvopastoralism is an essential element for the preservation of the páramos, the alto-andine forests and their biodiversity. It allows to reduce the anthropic pressure due to the extension of the pastures. Thus, thanks to the improvement of the milk productivity (+13% to 25% of milk per cow) and the load of cattle per hectare, the stockbreeders do not need to extend their pastures at the expense of these ecosystems. The beneficiary dairy cooperatives will value an environmentally friendly production to their customers.

This innovative silvopastoral model, developed by the Colombian university UNAD, includes the planting of trees around and within the grasslands. At least 5 tree species have been specifically selected for their role in the dairy production system, such as fodder production, soil fertilization, improvement of milk production and shade. This model will be generalized in the medium term to 40,000 dairy farmers in the region. In addition to this experimental model and at the request of local producers, trees are planted as hedges along the edges of pastures to provide shade and fodder for livestock. 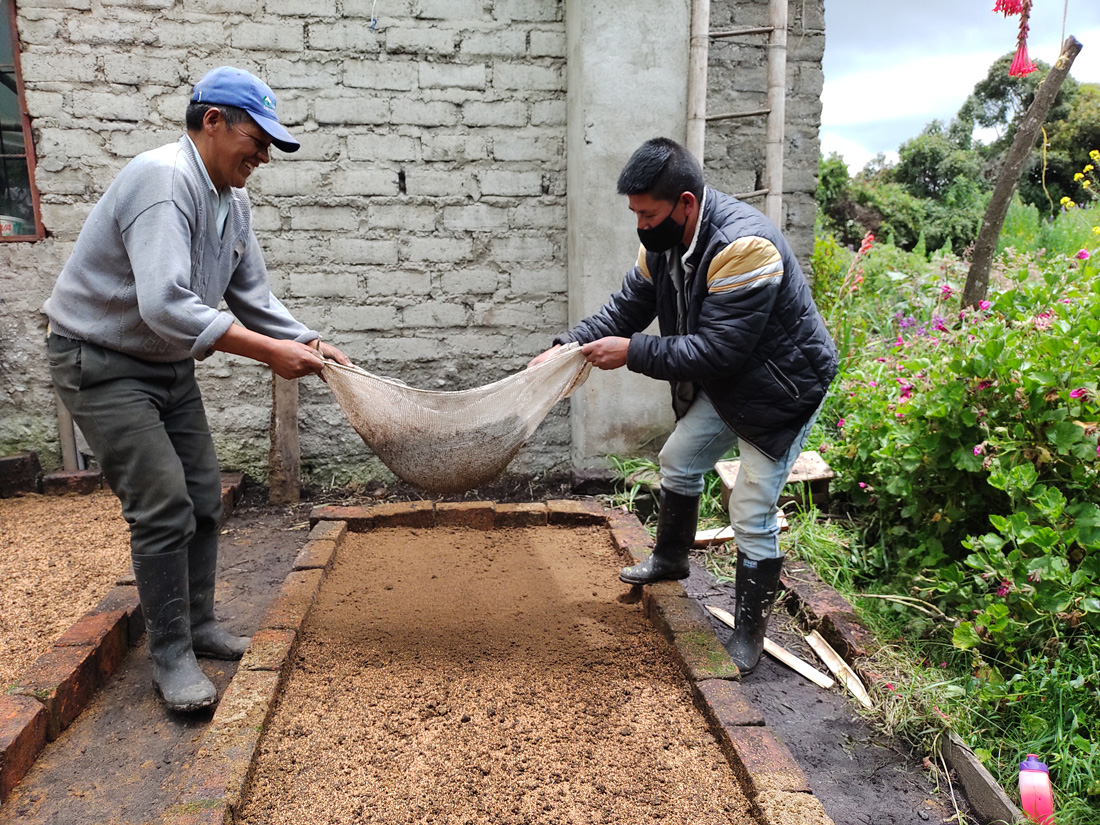 Planting for the 2021 season began in February and is currently underway, with a hiatus in July and August, which will experience colder weather and frosts. To date, nearly 10,000 trees funded by Reforest'Action have already taken root in the project, in hedgerows around pastures, within watersheds or along river banks. A total of 34 endemic tree species have been planted, including pandala, pumamaque, pelotillo, tilo, sauco and chilcuaro. In parallel to the reforestation activities, Impulso Verde is involved in identifying new potential beneficiaries to accelerate and strengthen the reforestation program. Since February, 46 families have benefited from the program.

Contribute to the project to help us reach our goal of planting 100,000 trees in Colombia this year!