In northern Peru, deforestation and natural disasters have weakened Mother Earth, goddess of the Inca descendants, the Kichwas. Due to the lack of fertility, local farmers abandoned their lands, which have been falling into ruin for almost twenty years. Barely eighteen months after its launch, the project developed by Reforest'Action and the Center of Innovation and Management for Sustainable Development (CIGDES) has already planted more than 600,000 trees through the installation of agroforestry systems designed to restore the fertile land. 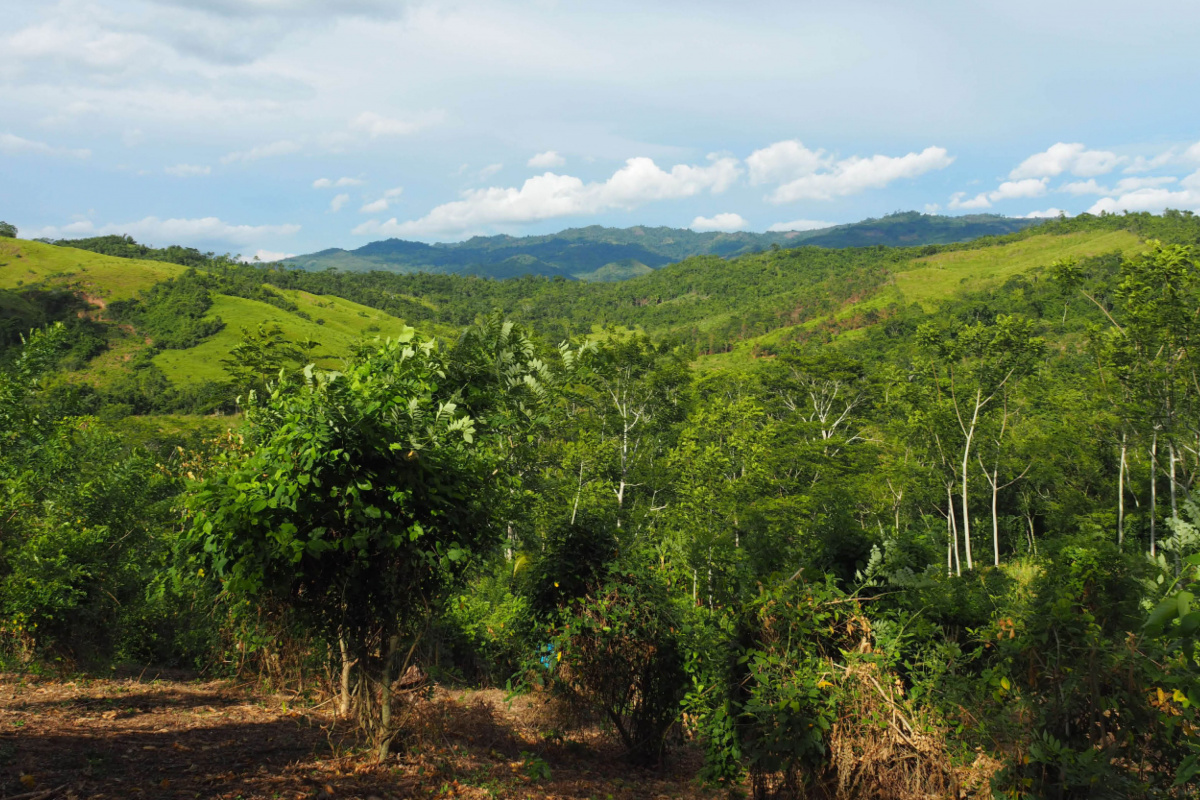 The Peruvian Mother Earth is mourning for her fertility​

Located northeast of Peru, in the heart of the Peruvian Amazon, the San Martín department is one of the twenty-four state divisions. Covering more than five million hectares, its once fertile lands have been converted into crops and pastures, at the cost of the primary forest that used to take root in the area. Plot farming in Peru represents the first cause of deforestation. Agriculture is being practiced both by small family farmers, whose survival depends on their production, and by national and international agribusinesses, exerting pressure on their local counterparts.

In one of the most deforested regions of the country, local farmers have been abandoning their plots of land whose overexploited soil had lost fertility. The abandoned farmlands are now largely covered by an invasive fern species, Pteridium aquilinum. These degraded areas are also particularly prone to fires, which are very common in the Amazon during the summer. Like a vicious circle, these phenomena worsen the degradation of the already weakened soils and decrease water resources.

Between deforestation and natural disasters, the Pachamama, Mother Earth of the Inca people, has been deprived of its power to provide abundance, yet source of life for indigenous communities. Badly treated for many years, the "Earth-Goddess" urges them to develop new practices so she can regenerate herself.

In response to this call, the Peruvian government establishes in 2015 an institutional framework to fight against deforestation, to conserve tropical forest through the creation of natural protected areas and to adapt the country's forests to climate change. The Serfor - Servicio Nacional Forestal y de Fauna Silvestre - was thus created, whose mission is to promote the sustainability and competitiveness of the forestry sector for the benefit of the population and the environment.

Although the situation is improving thanks to these measures, the national strategy is still too fragile given the needs and economic interests at stake. In support of the governmental framework, Reforest'Action's project in the San Martín region is contributing to the restoration of forest ecosystems and the diversification of local stakeholders' income. 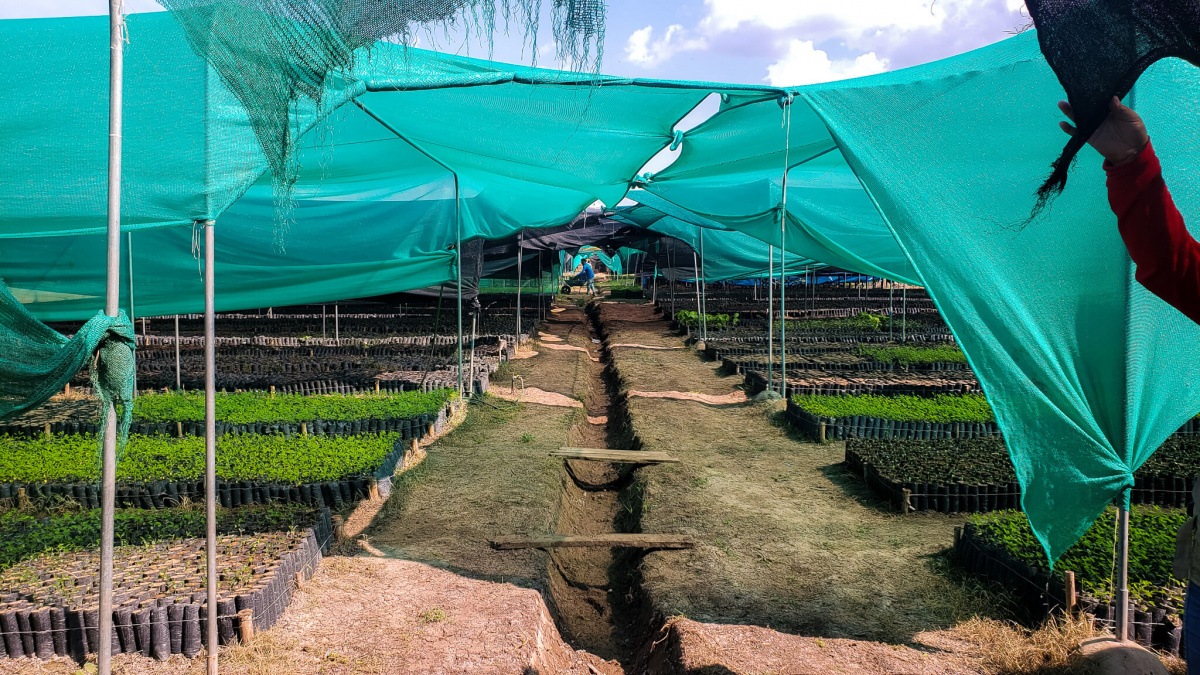 The project developed by Reforest'Action in partnership with the Centro De Innovación Y Gestión Para El Desarrollo Sostenible (CIGDES) is being carried out simultaneously in three provinces: Lamas, San Martín and El Dorado. Started during the summer 2021, it will last for three years. The work involves installing agroforestry systems in abandoned areas, alongside producers and indigenous communities. The development of agroforestry will result in the restoration of former forest plots, including soil conditions, while generating additional socio-economic benefits.

Last September, more than a year after the beginning of the tree plantings, an audit of the project was conducted in the field by our Project Officer in Peru, Juliet. A total of 600,253 trees of six different species were planted in the first year of the project: productive species (rubber, majambo and Mayan walnut) combined with leguminous trees that produce pea-filled pods. The trees grow slowly due to poor soil quality and long periods of drought. However, the survival rate of the seedlings, equal to 96%, is excellent and attests to the compatibility of the species with the soil and climate conditions of the region.

In addition to this multi-stage installation, villagers have planted corn, bananas, pineapples and papayas, which will benefit from the presence of the species financed by the project to develop. Thus, the soil is gradually recovering, bringing their productivity back to these abandoned areas, and offering the population solid prospects for crops and income.

Part of the trees planted in 2022 was funded by the Open Diplomacy Institute, which helps citizens understand and participate in international life.

Products that are worth gold for the Kichwa people

The Kichwas - or Quechuas depending on the region - are an ancestral ethnic group of the Andes found in Peru, Ecuador and Colombia. The region of San Martín, where the agroforestry plantations are located, is very much influenced by their culture. These people have crossed the centuries despite harsh living conditions, in the heart of a nature as demanding as nourishing. Beyond the language they share, the native Kichwa communities have preserved traditional and unparalleled customs: gastronomy, painting, weaving, dances, or even myths and legends make up a folklore of inestimable value. Direct descendants of the Inca civilization, their society is essentially based on agriculture and livestock. That's why the trees planted in agroforestry within the framework of the project will participate in the economic development of these Amazon people.

In Lamas (as well as in the two other provinces), landowners and producers, who have been involved in all stages of the project, come from the Chunchiwi and Chirikyaku communities, members of the Kichwa ethnic group. Supported by the CIGDES field team throughout the past year, they have actively participated in the weeding of the land, the installation of nurseries and the planting of trees on their plots. Their involvement is all the more relevant since their food security depends on it. Indeed, the species planted will provide raw materials of great economic value, in addition to creating jobs on a local scale. 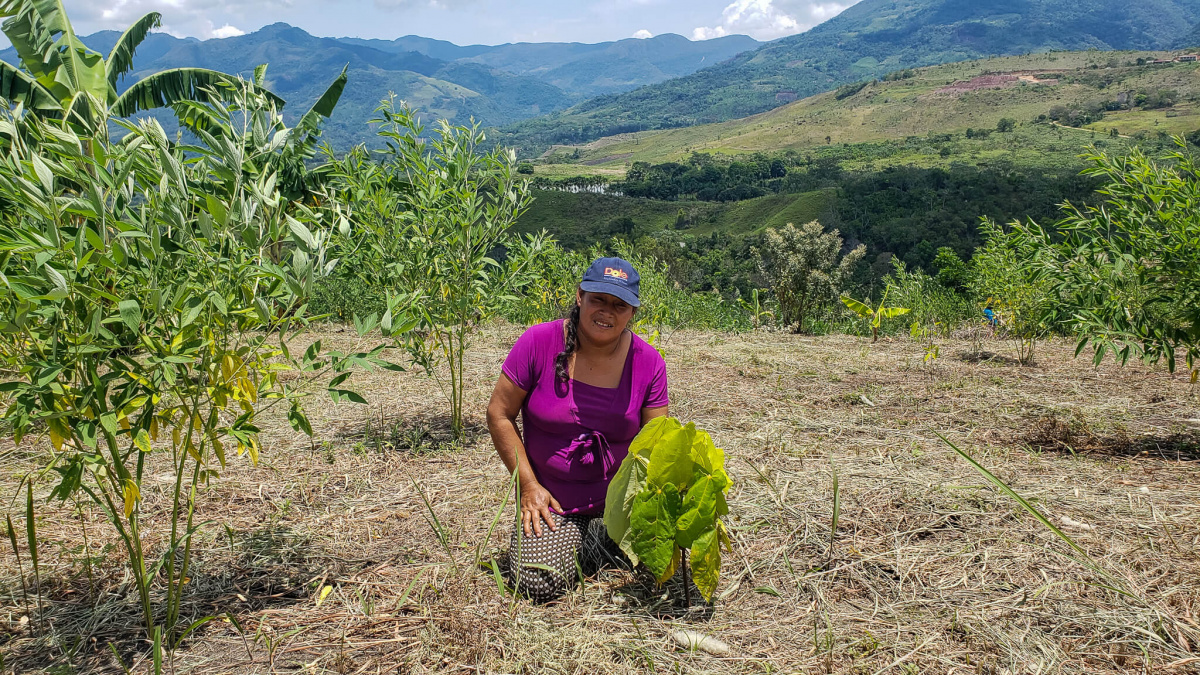 Rubber extraction was first developed in the Amazon rainforest by cutting the bark of the rubber tree, also known as the "tree of fortune". Thanks to agroforestry, it will be possible to revive a local and sustainable rubber economy, far from the damage it may have caused in the past.

The seeds of the Mayan walnut tree have great potential for commercialization by communities. The nutritional values of its fruits are impressive: their high protein, iron and calcium content makes them a valuable nutritional supplement.

Cousin of the traditional cocoa bean, the majambo pod is larger and contains white beans that taste like almonds. Some companies use them to make chocolate, others prefer to turn them into flour.

Our local partner, the CIGDES, will ensure the link between the Kichwa producers and the resale market, in connection with a network of cooperatives and local industries. Therefore, the introduction of agroecosystems will allow the beneficiaries to generate additional income. 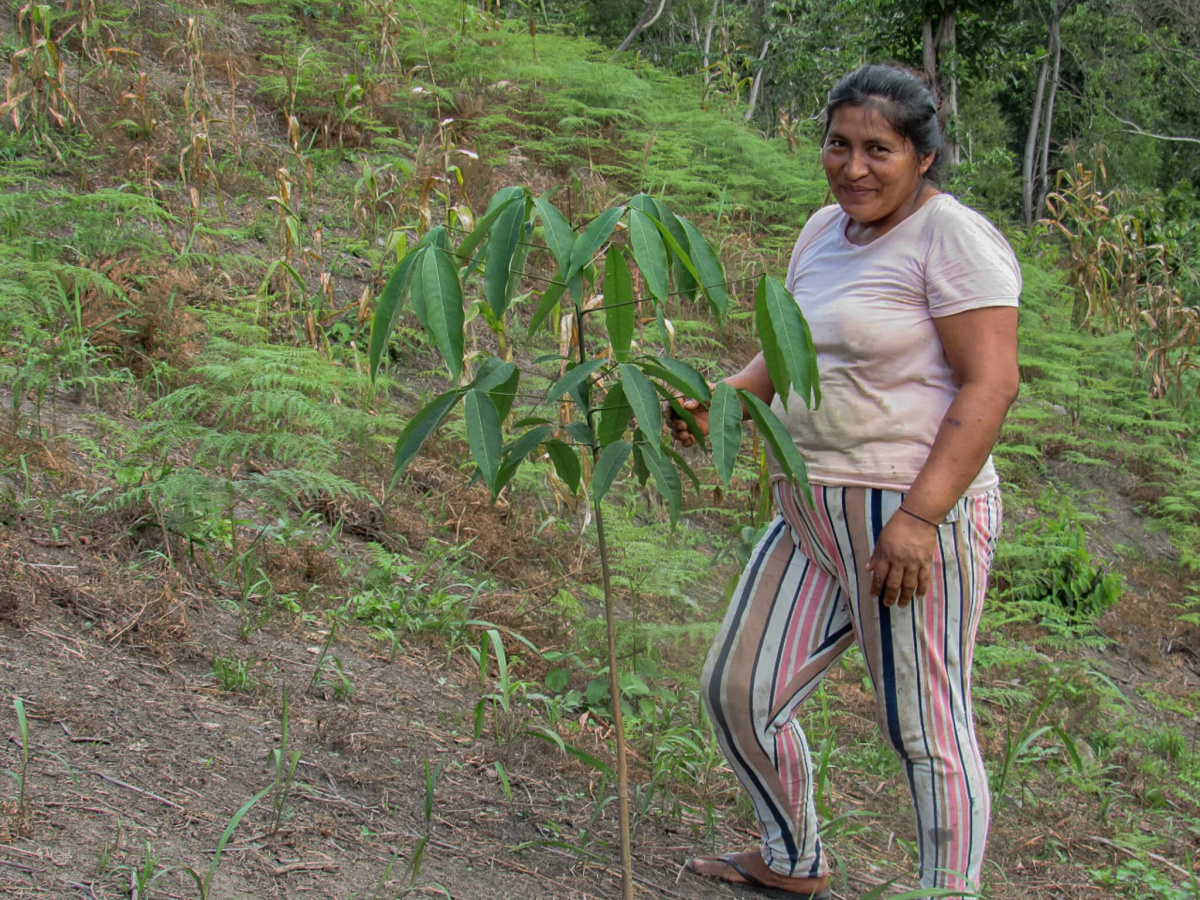 Caring for the Pachamama

The term Pachamama means "Mother Earth" in the Andean cosmogony of the ancient Inca Empire. Pacha meaning "earth", and Mama, "mother". Considered as a living goddess embodying the fertile land behind all vital resources, the Kichwas respect and venerate her. The tradition of their ancestors, still honoured today, is to pay tribute to the Pachamama through offerings, by burying foodstuffs in the ground, in the earth. For this altruistic society, which used to live in perfect harmony with its environment, Man and nature must become one.

In this context of respect for the socio-environmental balance, 100%* of the beneficiaries of the project, when interviewed by our Project Officer, stated that they fully understood its usefulness. Besides, during the last few months, 216 families have been trained in the analysis of the soil, in agroforestry and in the control of the trees' health. Because community self-help is the central pillar of the Pachamama philosophy, 15 rural organizations have been created, one in each participating village, to ensure the smooth running of the plantations and their long-term monitoring.

*Survey conducted by Juliet in Peru involving a sample of 28 beneficiaries.