Oregon: reforesting the forestland after a wildfire 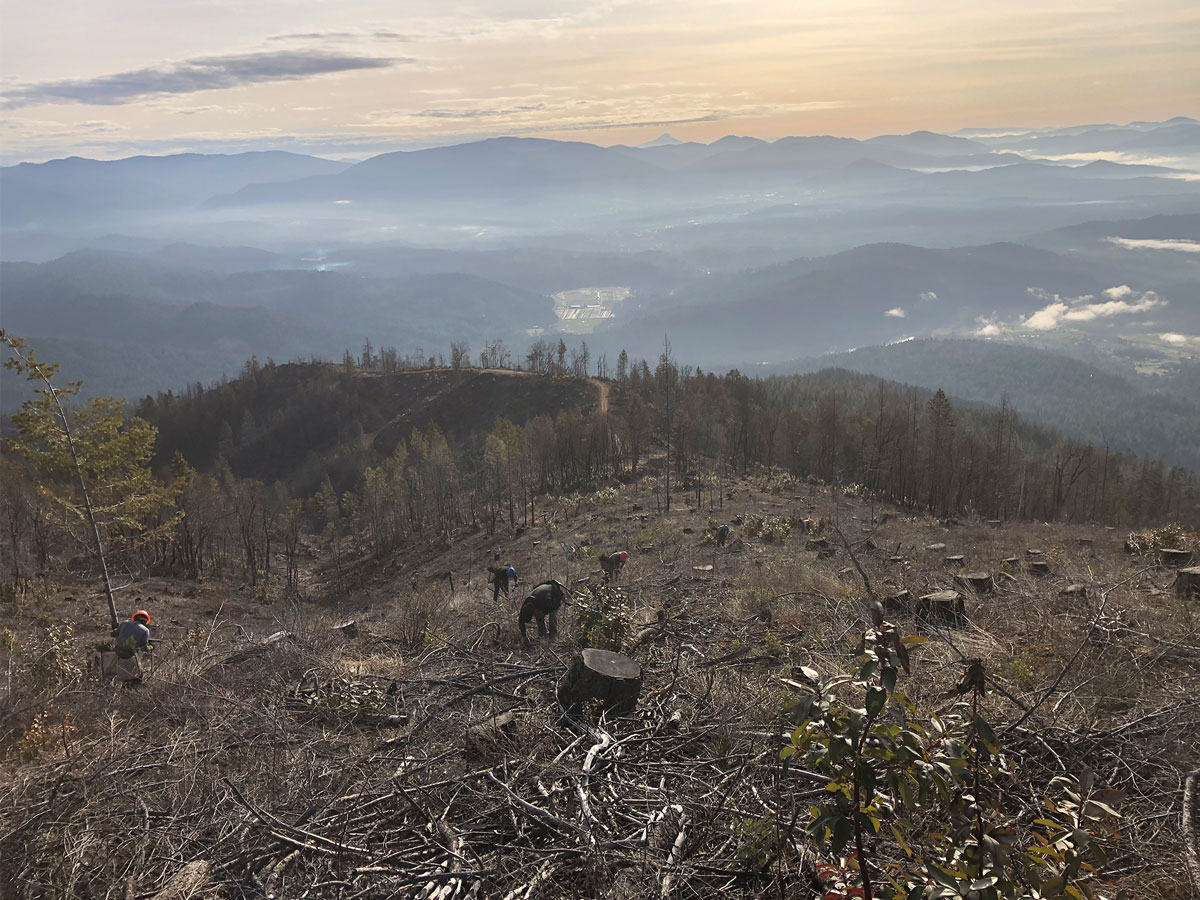 In the United States, fires are unfortunately quite common, especially in three of the west coast states: California, Washington and Oregon. Every year, hundreds of thousands of hectares of forest are destroyed by fires. In these vast regions, subject to strong winds, fires are extremely difficult to contain. The fire season supposedly lasts from August to December, but due to climate change, it is now longer and causing more and more damage. Now, priority is given to rebuilding the destroyed ecosystems.

Focus on the Taylor Creek Forest 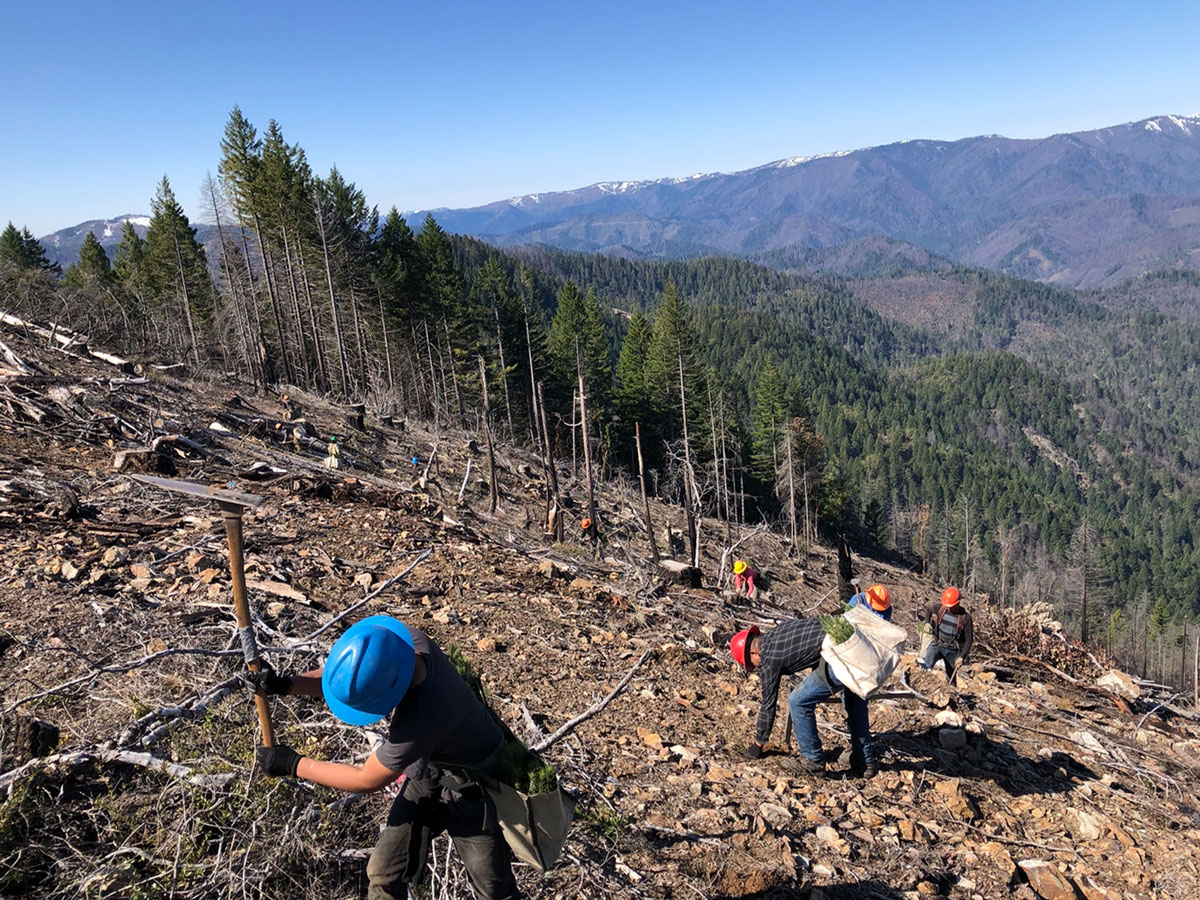 In Josephine County, located along the Oregon coast, forests have particularly suffered from the fires that hit the country in 2018. Already in 2013, the state lost 10% of its forest cover due to wildfires. In Taylor Creek, the parcels concerned by the reforestation project sit by the Rogue River, in the Pickett Creek basin, an area of degraded waters. This phenomenon is exacerbated by the water temperatures, well above the national average.

On the affected plots, 150,000 trees have been planted by professional planters, on nearly 140 hectares, in the spring of 2021. Douglas firs, sugar pines, ponderosa pines and incense cedars have been introduced to revive a diversified forest ecosystem. Indeed, these different resinous species, particularly ponderosa pines and incense cedars, are known for their ability to resist forest fires. In the long term, the developing stand will be able to survive, despite the intense heat.

In these fragile areas, reviving the forest will revive the vegetation and the local fauna such as birds, raptors, black-tailed deers, Roosevelt elks and black bears to reinvest the area. In the long term, the presence of the trees will also significantly improve the quality of water and soils, reducing their potential for sedimentation. This approach is a concrete way to contribute to the health and sustainability of the various ecosystems and to fight  global change, thanks to the carbon dioxide stored by the trees.