Reconnecting with the living for sustainable humanity

The third annual Forest Month in 2021 will focus on the theme of restoring ecosystems, as Reforest’Action takes another look at the relationship between human societies and life in all its forms. How did we become disconnected from Nature down the centuries, and how has this schism not proved fatal? How can we create sustainable humanity, in harmony with natural ecosystems? Part philosophy and part ecology, reconnecting to the living is essential when thinking about tomorrow’s world.

The third annual Forest Month in 2021 will focus on the theme of restoring ecosystems, as Reforest’Action takes another look at the relationship between human societies and life in all its forms. How did we become disconnected from Nature down the centuries, and how has this schism not proved fatal? How can we create sustainable humanity, in harmony with natural ecosystems? Part philosophy and part ecology, reconnecting to the living is essential when thinking about tomorrow’s world. 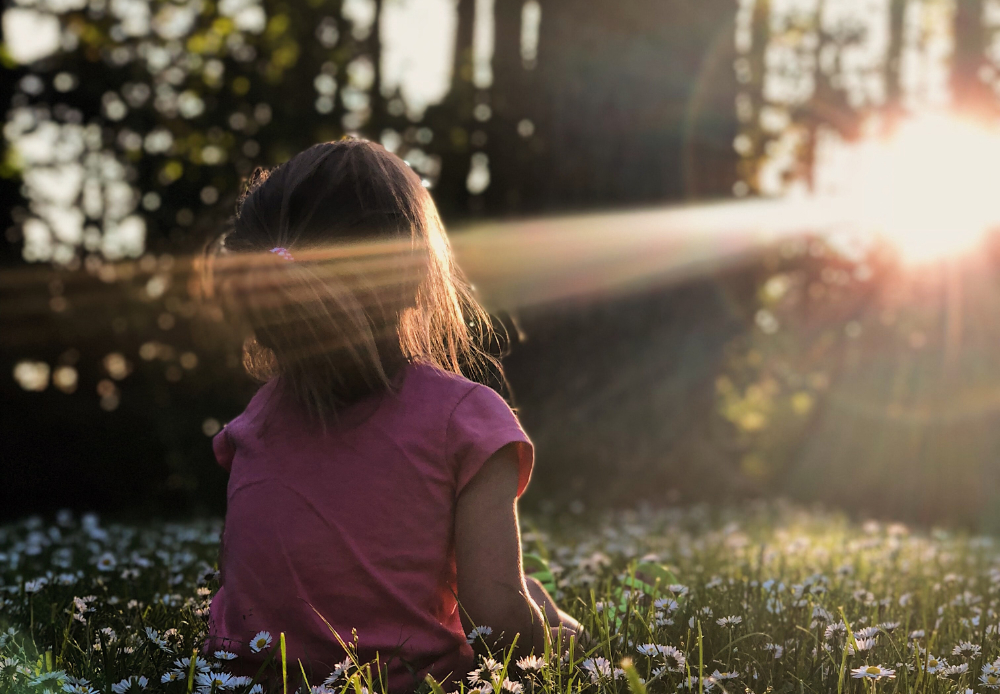 What is the living?

The foundations of the living

According to the Encyclopédie Universelle, a living organism is “an organised system in a perpetual state of renewal, constantly exchanging with the environment in which it finds flows of information, material and energy.” The living is also that which is “capable of reproducing a likeness of itself, of transferring its characteristics and changes to its genetic make-up to its descendants, and therefore evolving.” In other words, a living organism is an entity composed of cells which are born, which feed and grow, producing the organic matter of which the body is composed, and which reproduce and finally die.

What place does the living have in our everyday lives?

Every day, and without even being fully aware of it, we are therefore both the organism ourselves and surrounded by it. It is in the trees that line our city streets and the flowers that decorate our homes. It is the mushrooms and fungi in our gardens, the birds and insects we see from our windows. And even the billions of bacteria inside each human being that constitute our microbiome. The lockdowns implemented in 2020 as part of the fight against the COVID-19 pandemic helped raise awareness of this profound lack of nature among urban populations all around the world, because this interdependence between human beings and the living in all its forms is an integral part of our balance as a critical link in the chain of life.

Natural ecosystems: the reservoirs of life

Further removed from our urban lives, and yet no less essential for the balance of life on Earth, natural ecosystems are reservoirs for the diversity of the living, also known as biodiversity. Forests, oceans, meadows, savannahs and rivers are just some of the natural ecosystems in which interactions take place between the living organisms to which they are home. Ecosystems are therefore places for exchanging the material and energy necessary for life itself, and an integral party of the planet’s biochemical cycles. It is the dynamic balance of natural ecosystems that allows the existence of each living species. Consequently, disturbing this balance, by destroying natural ecosystems, for example, can cause one of them to disappear – and the extinction of one species can result in others, in this deeply ingrained interdependence. 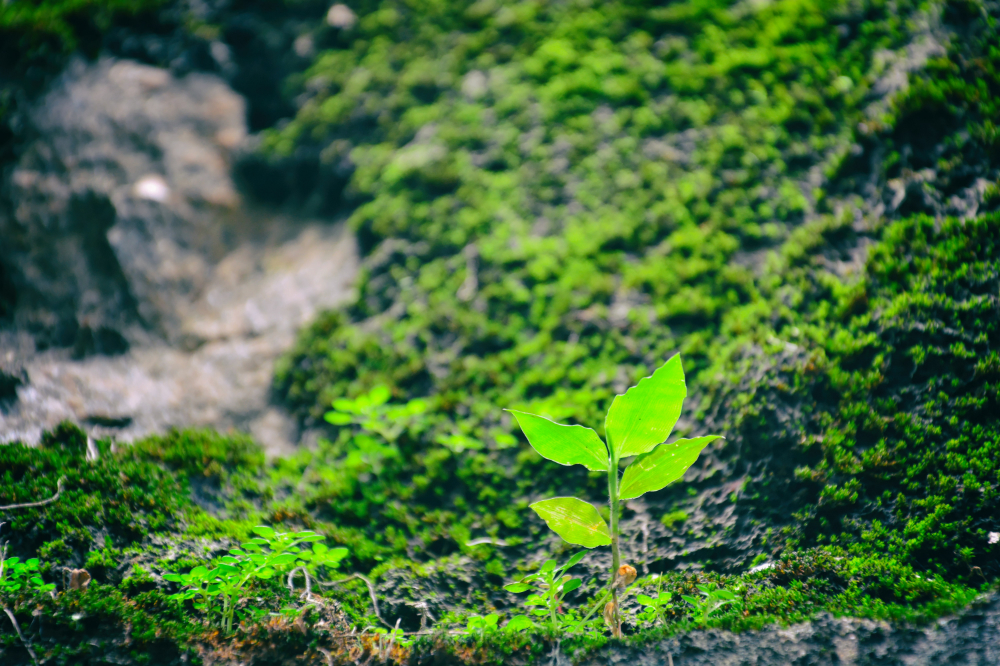 Have we become disconnected from the living?

The divorce of man and nature

Founded on the idea that human beings live in a world apart from that of non-human organisms, naturalism has characterised western thinking since the 17th century. In his research, anthropologist Philippe Descola explains that western societies, disconnected from nature, have come to consider it as a source of natural resources, which we have wrongly come to think of as bottomless. The continuity between man and his environment was therefore undermined following the first Industrial Revolution, and disintegrated further with the Digital Revolution and the emergence of a virtual world, detached from life in all its forms. Increasingly urbanised and oriented towards excessive exploitation of natural resources, from the start of the 1970s, and each year since, humankind has consumed significantly more natural resources than the Earth can produce.

Disconnection from the living, alteration of ecosystems and global warming

Consequently, exhausting Earth’s natural resources goes hand-in-hand with the destruction of ecosystems and the precious balance that they maintain, which is essential to the long-term survival of life on this planet. In the majority of regions around the world, nature has been changed significantly by multiple human factors, from population density to the use of natural environments for livestock grazing and intensive farming, as well as the extraction of minerals and fossil fuels. The IPBES estimates that 75% of the planet’s natural environments are currently under threat. According to Philippe Descola, the COVID-19 pandemic is also proof of the unprecedented damage to natural environments, and in particular forests, which remain the victim of deforestation, with around 10 billion hectares of woodland cleared each year. Without concrete and far-reaching measures to protect ecosystems, scientists predict that this could result in an explosion of pandemics in the years ahead.

As for Earth’s climate, which has been severely destabilised by the CO2 released by human activity, we are heading for temperature increases of between 3 and 7°C by the end of the century, which would result in a catastrophic chain of events for humanity, and the living more generally. With weather events such as the heatwave of July 2019 – the hottest month ever recorded around the world with a record 42.6°C in Paris – or the increase in recent years of wildfires in California, Sweden, and Russia, the effects of global warming are becoming increasingly visible, and are no longer going unnoticed by humanity.

Biodiversity in jeopardy: are we really taking notice?

However, the biodiversity crisis is more insidious. This major shake-up to the ecological order, which concerns all of the living, appears less immediate as it is not, at least for the time being, a visible, tangible part of our everyday lives. Éric Chevillard, author for the French publishing house, Editions de Minuit, takes this idea a step further. In his novel “Sans l’Orang-Outan” (Without the Orangutan), he imagines how the extinction of that single primate species would have real and devastating consequences on human life, condemning it to the apocalypse. The metaphor rings true at the dawning of this sixth mass extinction event. While 68% of wild vertebrate populations became extinct in the last 40 years, have our daily lives really been so obviously affected? “In the last 30 years, one quarter of Europe’s bird species have disappeared, but we’re not walking on the bodies of dead birds along our roads and pathways,” palaeontologist, biologist and president of the French national natural history museum, Bruno David, explained on France Culture. This biodiversity crisis, to be addressed in a new film by Cyril Dion due for release in late 2021, further poses the question of how we as human beings can rekindle awareness of other life forms and inhabit the planet differently so as to respect them. 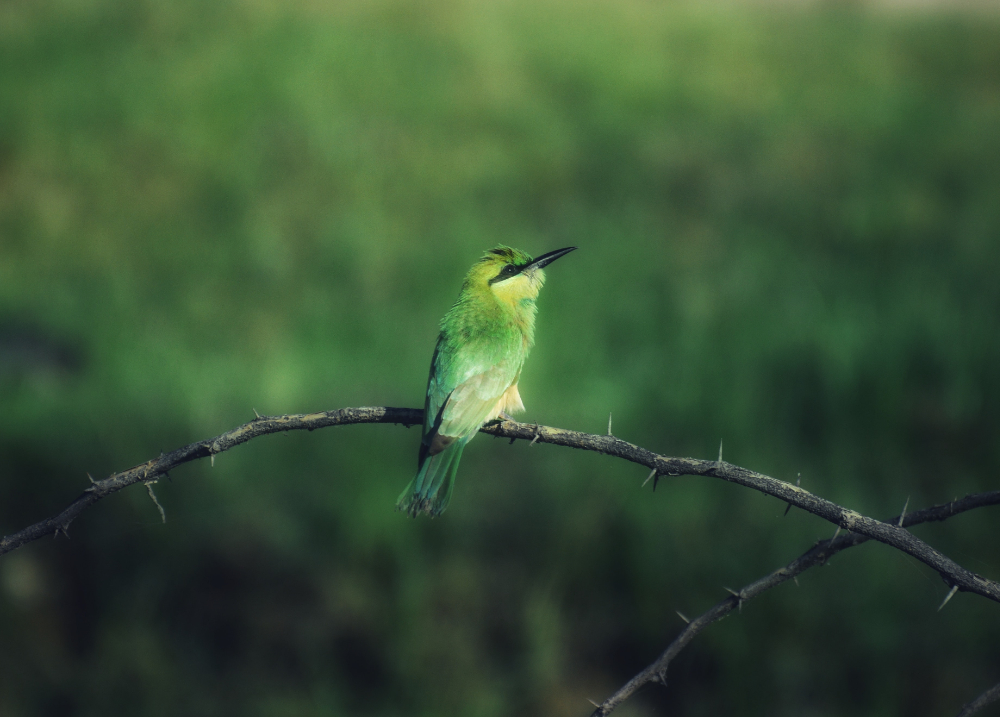 How can we make the living central to human societies again?

Reconnecting with the living, rediscovering its diversity

So, how should we reframe our relationship with nature and the living? Philippe Descola reminds us that nature is well and truly a whole of which man is but a part, and promotes “a policy where the Earth is seen as a meeting place whose use isn’t reserved solely for humans”. It’s an idea that’s found outside of western thinking in human societies founded on totemism, which underlines the material and moral link between humans and non-humans, animism, which imbues non-humans with the interiority of humans, and analogism, which claims there is a network of links between all elements in the world.

To inspire rediscovery of the diversity of the living, in his work “Toutes les Couleurs de la Terre” (All the Colours of the Earth) anthropologist Damien Deville underlines the way in which non-humans inhabit the planet. The sadness of elephants which gather before their dead. The intelligence of trees, which communicate and develop a form of solidarity between them. The living, in all its glorious diversity, is sufficiently conscious of what it means to be alive, and with enough forms of intelligence and sensitivity in their relationship with the world.

Damien Deville reminds us of the need to re-establish the link with the earth so as to better reconnect with the living. “I’m one of those people who think that the colour of the earth on which we’ve grown influences the body and mind”, he writes, evoking the “grandiose feeling of belonging to a land, of belonging to the Earth”. This theory of interdependence reminds us that each living organism, whether human or non-human, is fundamentally connected to the environment around it. The living is never independent, but always in relation to the other and the place to which it belongs.

Humanity in harmony with ecosystems

In the great fresco of life, humanity’s place therefore relies on a form of relational ecology, connected to the plurality of the living and the solidarity at its heart. Understanding our true place within natural ecosystems is therefore essential to the blueprint for the sustainability of mankind. “Sustainable humanity means preservation, but also coexisting in harmony, both between ourselves and with the living. This is the decade in which responsible humanism replaces Mankind in the midst of the living.” states Marie-Cassandre Bultheel in her work “Traité d’humanité durable” (A treatise on sustainable humanity).

It is also the United Nations’ Decade on Ecosystem Restoration, the biggest ever worldwide programme for restoring nature. And if reconnecting with the living is unthinkable without protecting ecosystems and the biodiversity to which it is home, then maybe it is time to recognise the Rights of Nature. This concept is now starting to take hold thanks to the work of lawyers, advocates, judges and members of civil society, and comprises a brand-new field of law which recognises the ecosystems and entities of the living as true holders of rights. Since the historic inclusion of the Rights of Nature in the Ecuadorian constitution in 2008, a growing number of countries are recognising the rights of ecosystems such as forests and rivers. Consequently, in 2018, the Colombian section of the Amazon rainforest was bestowed with legal rights and protection under the law. The recognition of the Rights of Nature could therefore be synonymous, in the long run, with more effective conservation of ecosystems, as well as the protection of the invaluable diversity of living organisms comprising them.

Directly concerned – both responsible for, and beneficiary of the harvesting of the planet’s natural resources – business also has a major role to play in fighting the gradual erosion of biodiversity. By simply taking from our planet’s natural wealth that which they need for their operations, companies have widely contributed, most often unconsciously, to environmental destruction. If they fail to act quickly, businesses will not only be hit by the inherent economic and societal crises, but will also be deprived of the exploitable resources they need for their own systems of production. For their survival, as well as that of our societies as a whole, companies must act imperatively and simultaneously on two fronts. Firstly, to reduce their footprint on natural ecosystems. Secondly, with a huge collective effort to protect and promote biodiversity “sinks”. Among the numerous actions that businesses can put in place, preserving and restoring ecosystems, by adopting solutions based in Nature, can widely contribute to reimagining and incorporating their activity into a greater respect for the environment, and thereby kickstart a complete revolution in the way humans inhabit the Earth, to give the living greater consideration. 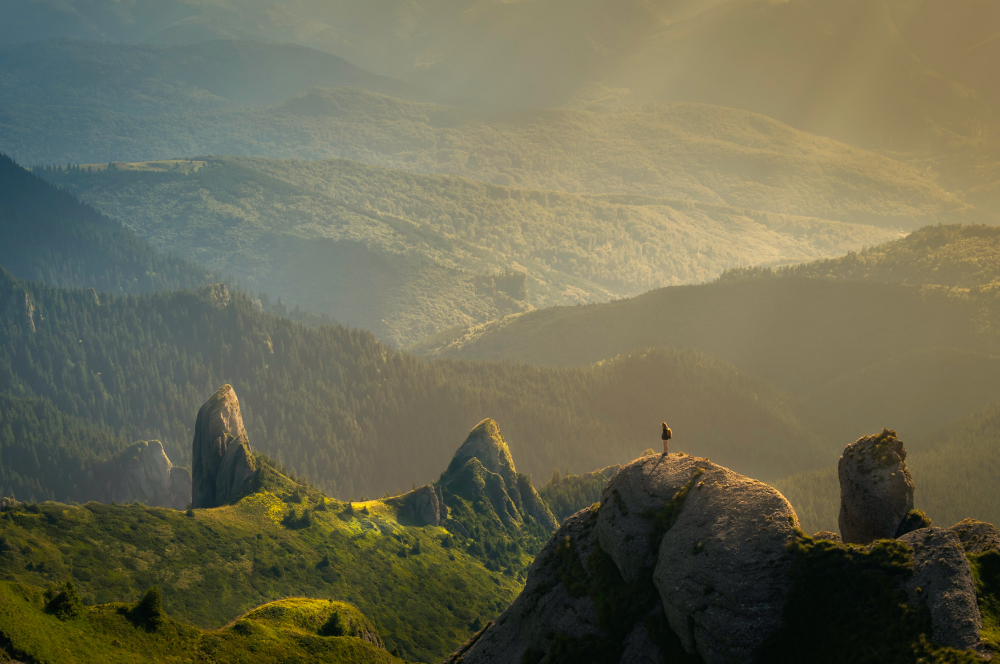