Reforestation in Haiti : an incredible community involvement at the service of the forest

Initiated in September 2019, our agroforestry and reforestation project in Haiti has resulted in the planting of 250,000 trees of various species in the Saint-Michel de l'Attalaye region, thanks to the strong involvement of local communities.

Initiated in September 2019, our agroforestry and reforestation project in Haiti has resulted in the planting of 250,000 trees of various species in the Saint-Michel de l'Attalaye region, thanks to the strong involvement of local communities.

Hundreds of thousands of trees for Haiti

After the first phase of the project, led by our partner Agrinotech between September 2019 and April 2020 and focused on the construction of nurseries and the training of technicians, the second phase of the project initiated in June 2020 consisted in the planting of more than 250,000 seedlings of various fruit and forest species in several localities within the Saint-Michel de l'Attalaye region.

Fruit species (mango, avocado, orange, lemon, cashew, moringa...) were planted in agroforestry on local farmers' plots in order to protect their underlying food crops. Eventually, these trees will produce fruits which will be harvested for personal consumption or for sale on local markets. Forest species (cedar-acajou, mahogany, cheese...) have been planted in deforested areas in order to gradually restore the forests of the region.

In a difficult political and health context, between the demonstrations demanding the resignation of Haitian President Jovenel Moïse and the COVID-19 pandemic, our project has nevertheless managed to generate very strong commitment from the local communities in the Saint-Michel de l'Attalaye region.Thanks to the support of the town mayor, recognized as a voodoo master, the populations have become massively involved in the project. In the voodoo belief, which holds an important place in Haitian culture, the forest is indeed considered as the home of the spirits. According to the voodooists, regenerating trees means allowing the production of energy and positive vibrations, supplying the water sources and recreating sacred spaces where the loas (spirits of the voodoo religion) will be able to live. Beyond its benefits for biodiversity and its contribution in the fight against global warming, our project has thus a strong impact on local, social and cultural coherence.

Haiti is today one of the most deforested countries in the world. In 1920, 60% of the Haitian territory was covered with forests, compared to only 2% today. In this context, we are committed to supporting this project over the long term, with a new goal of several thousand of trees for the 2020-2021 planting season. 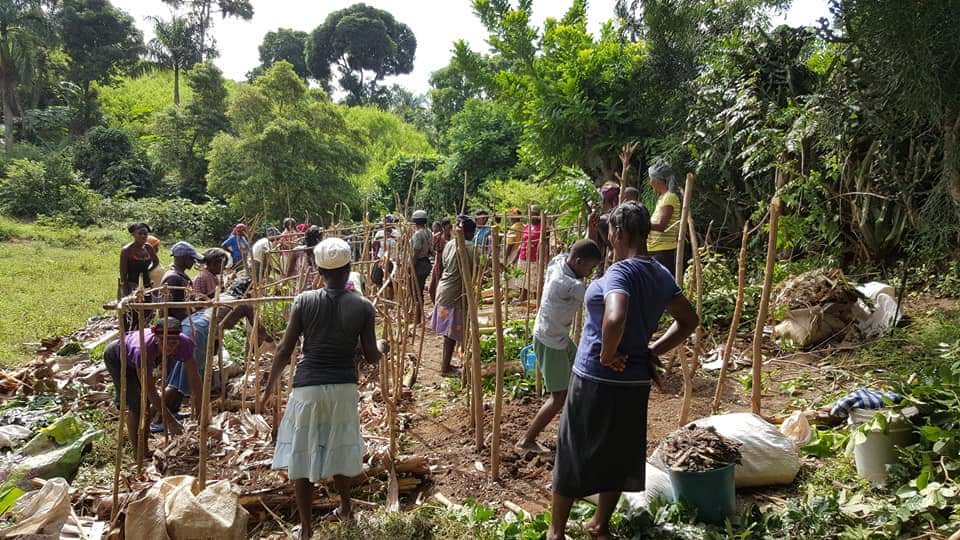