In Togo, agroforestry is supporting the revitalization of the coffee and cocoa sector

In the southern half of Togo, our project initiated in June 2019 to support local communities aims at revitalizing the coffee and cocoa sector through agroforestry. An audit was carried out by Reforest'Action on site in October 2019, in order to check the progress of the plantations. Discover the latest news on this project!

In the southern half of Togo, our project initiated in June 2019 to support local communities aims at revitalizing the coffee and cocoa sector through agroforestry. An audit was carried out by Reforest'Action on site in October 2019, in order to check the progress of the plantations. Discover the latest news on this project! 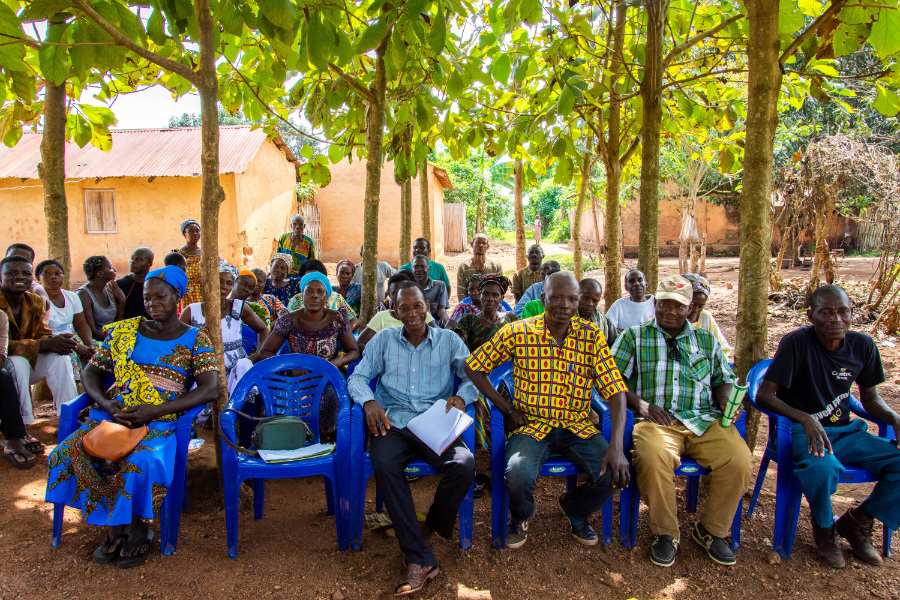 Supporting the coffee and cocoa sector through agroforestry

Strongly encouraged by the Togolese government in the 1970s, the economic sectors of coffee and cocoa suffer today from a lack of quality plants and aging of older stands. In 20 years, coffee and cocoa plantations in Togo have lost a third of their production capacity.

Alongside the Unité Technique Café Cacao du Togo (UTTC), a para-governmental institution, and the social enterprise Kinomé, Reforest'Action's mission is to restore these crops. The goal? To develop agroforestry in order to protect cocoa and coffee trees and enable them to be more profitable in the long run. Forest and fruit species are planted on coffee and cocoa plots to provide the necessary shade for the crops, as droughts have been more frequent in recent years. They also allow the decomposition of organic matter into humus that will provide nutrients to coffee and cocoa plants.

Our planting program is being deployed in 19 villages, in 8 prefectures in southern Togo. 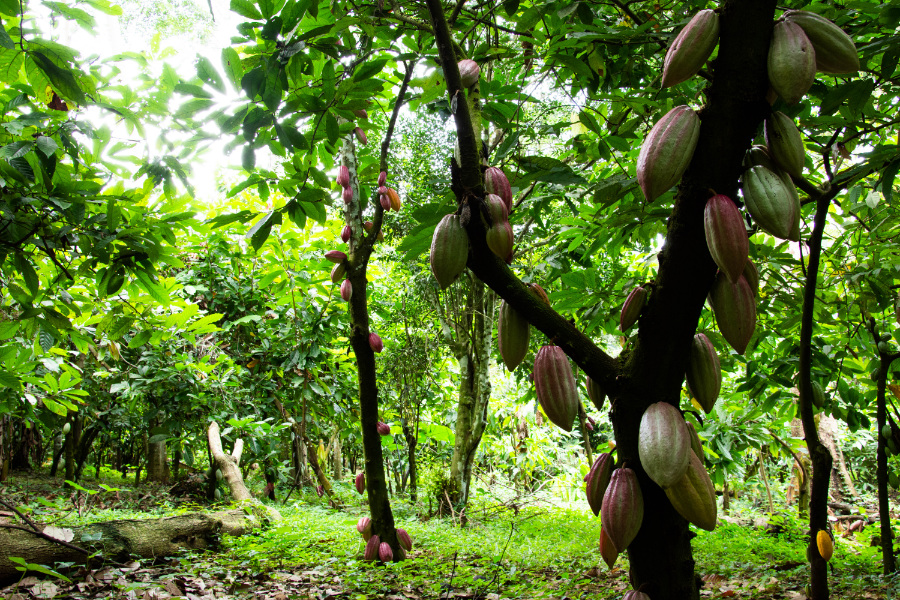 An audit conducted by Reforest'Action on site in October 2019

During her mission in the field in October 2019, Caroline from Reforest'Action, who is in charge of our forestry projects in inter-tropical zones, was able to observe the progress of the project. In the village of Tové, for example, each cocoa and coffee producer received 57 plants. These trees of various species - among them forest species such as iroko or framiré, as well as fruit species such as orange or mandarin trees - were planted in agroforestry on their private plots, with an average area of one hectare (the equivalent of a soccer field). 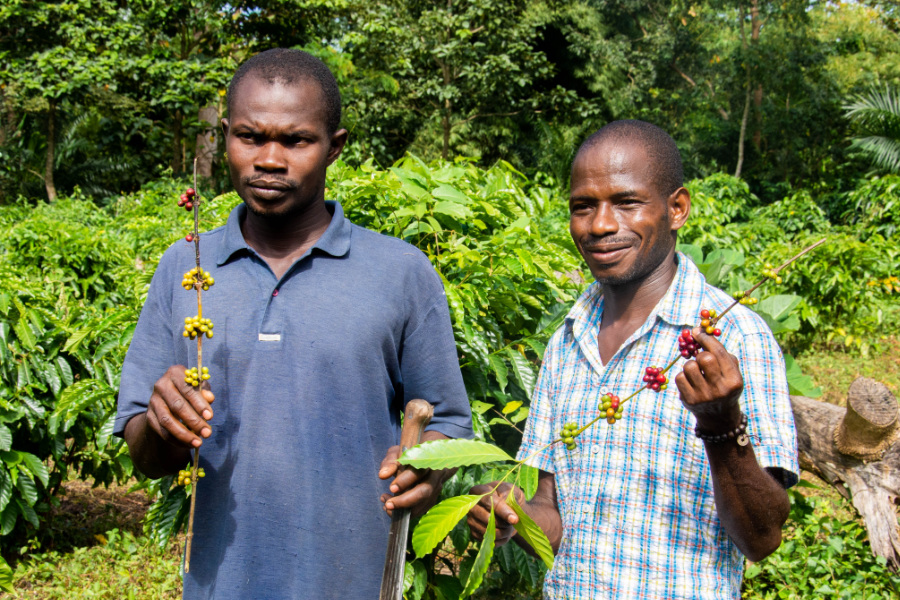 The main objective is to provide shade for cocoa and coffee trees, in order to better protect them from too much sun, which accelerates the aging of the plants. Droughts are devastating for cocoa trees, and the one from 2017 was particularly deadly. They can provoke invasions of mirids, small insects that attack the pods.

The shade trees planted in agroforestry will also provide firewood to the villagers thanks to pruning work carried out every three years. This benefits everyone, since the firewood is used by local communities to cook their food. As for the fruit trees, they will enable producers to diversify their crops and diet by harvesting fruit (oranges, mandarins), and to obtain additional income from the sale of these fruits. 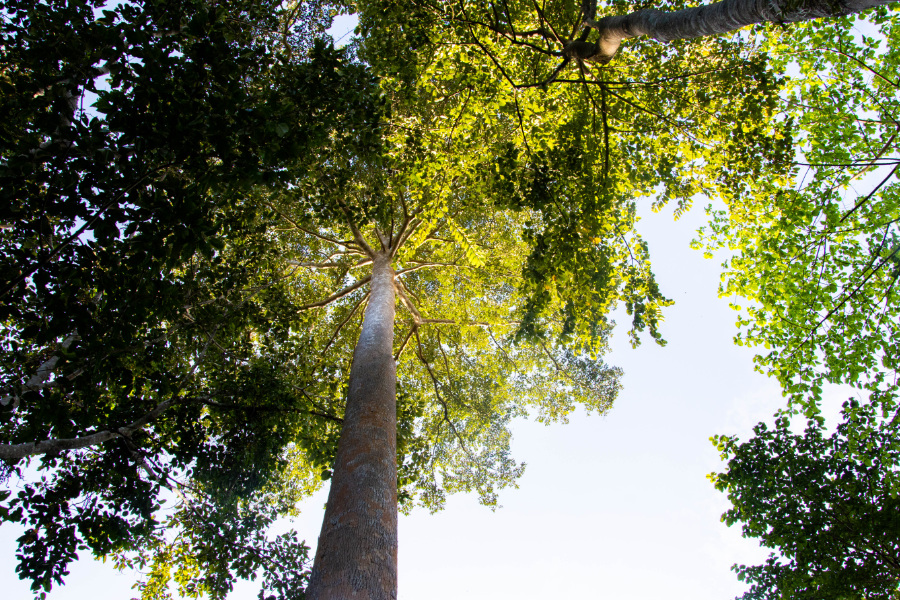 A total of 36,000 trees of various species (iroko, fraké, framiré, African mahogany, orange, mandarin ...) were planted in 19 villages thanks to Reforest'Action’s funding, during the planting campaign that took place from August to October 2019. The plantations are accompanied by awareness workshops provided by the UTTC to local communities, in order to train them on good practices and on the benefits of agroforestry.

In December 2019, a severe drought affected Togo, causing the death of some seedlings, which will be replaced during the 2020 planting campaign.

Since January 2020, 65,000 seedlings have been produced by UTTC technicians in tree nurseries associated with the project. Among them, 15,000 seedlings will compensate for the loss due to the drought episode at the end of last year. The trees will be planted during the planting season, which will begin in June. 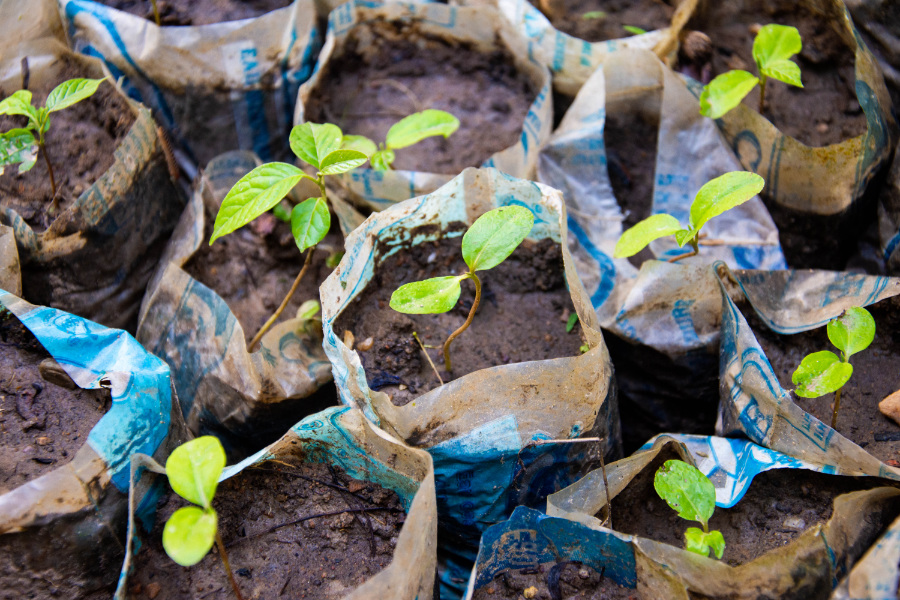 We need you to make this project come alive. Plant trees in Togo in 3 clicks!