Help Reforest'Action restore "El Tintal", a biomass paradise and a refuge for the jaguars!
Loading...
{{ map }}

Help Reforest'Action restore "El Tintal", a biomass paradise and a refuge for the jaguars!

In Mexico, the state of Campeche borders two important nature reserves: Pantanos de Centlas and Lagunas de Terminos. In rural areas, human activities and climate change have strongly affected the ecosystems. This project, supported by Reforest'Action and deployed over 3 years, aims to reforest the endemic ecosystem of Tintal and to establish a conservation area on former degraded agricultural lands. This approach will help replant native species of the region in order to reconstitute resilient ecosystems that will act as carbon sinks, but also to restore the multifunctionality of the spaces concerned.

On the spot, the project is supported by Planalto, a rural production company located in the state of Campeche, Mexico. As a productive and responsible business model, it works to implement forestry and permaculture practices in rural areas, emphasizing the use of native species and natural treatment products. Doing so, it help promote a multifunctional reforestation model that benefits both the environment and the local communities, mainly composed of producers. During the project, Planalto will supervise the implementation of the selected seedlings in nurseries, the preparation of the soil, the planting sessions as well as the maintenance and monitoring of the planted trees.

The planting of trees will participate to the local communities’ economic development. Indeed, in this region where 60% of the population lives below the poverty line, the implementation of responsible and sustainable forestry practices appears to be a key solution to the socio-economic challenges faced by local communities.

Between 2021 and 2024, 240,000 trees from 12 species native to the region will be planted on 200 hectares, including palos de tinto and guacimos, constituent species of the Tintal ecosystem. On site, the rural production company Planalto will support local communities at all stages of the project.

The planting of quality trees, adapted to the area’s climatic conditions, will contribute to the restoration of the soil. The establishment of a conservation area for wildlife and natural ecosystems is also planned to support the preservation of different ecosystems and certain endangered animal species, such as the jaguar, an endemic specie of the region.

The implementation of the project will generate, in the long run, several benefits: 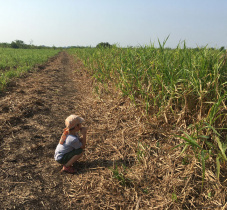 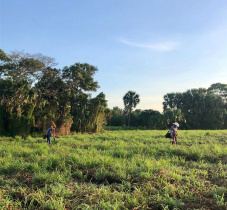 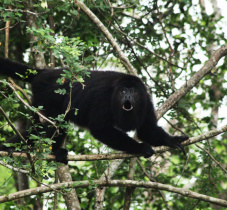 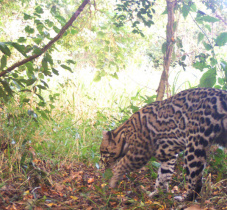