Forestry projects funded by Reforest'Action in Africa aim to develop agroforestry or restore areas affected by deforestation, fully integrating local communities. Discover all the projects carried out across Africa: 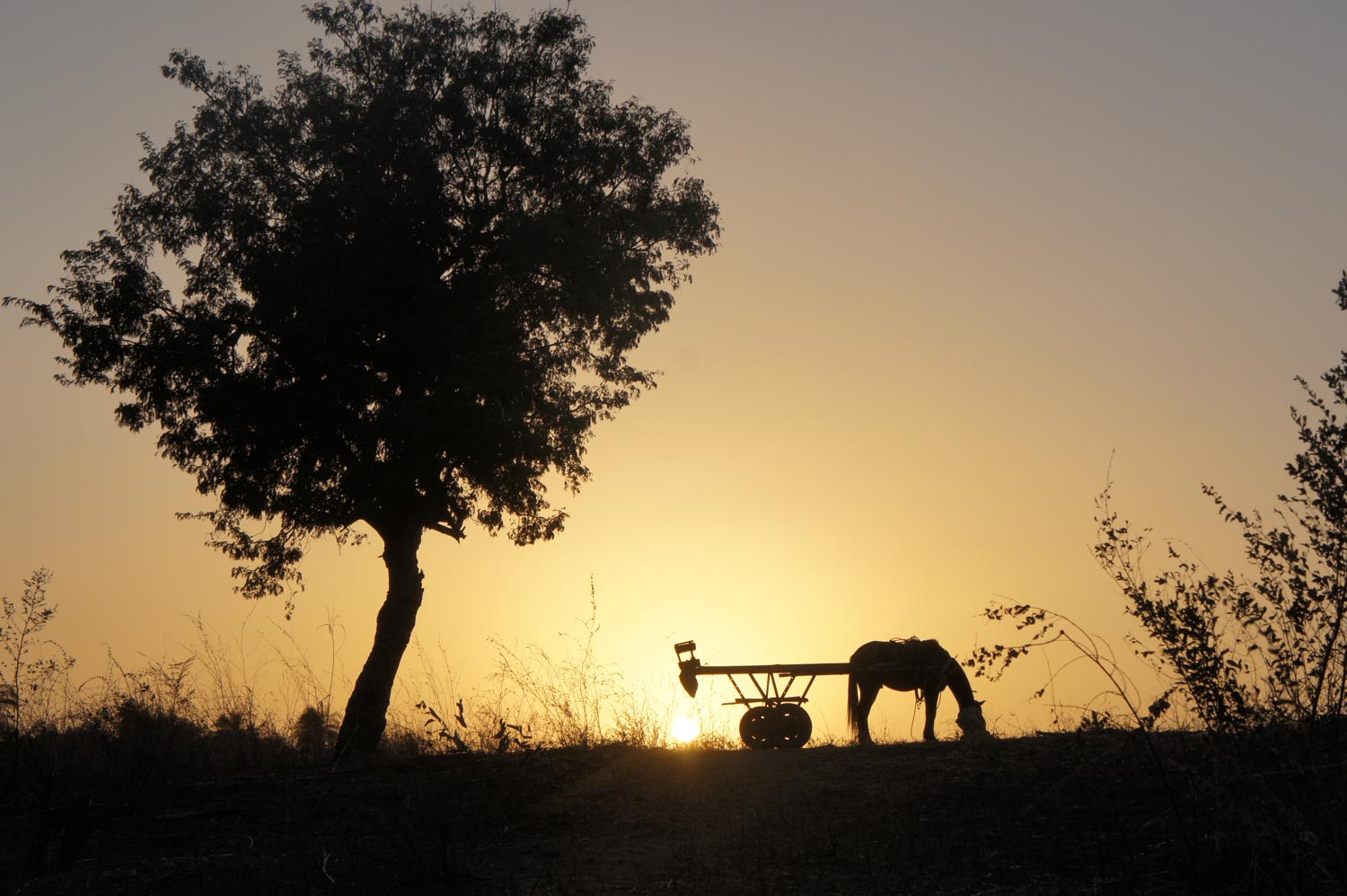 In the rural areas of Morocco, the stakes of economic development go hand in hand with the implementation of collective and sustainable solutions in agriculture. Permaculture and the planting of fruit trees in agroforestry are virtuous practices that provide a real boost to the self-sufficiency, food security and incomes of local communities. Alongside the association Ibn Al Baytar and its president Zoubida Charrouf, Reforest'Action has been running several projects across Morocco since 2017. The objective? To plant fruit trees (lemon, olive, date palm, carob, almond...) in agroforestry in order to promote the development of economic sectors, through local cooperatives, thanks to the cultivation of organic fruit. The success of these planting and awareness-raising actions and the enthusiasm with which they have been received by the populations have made it possible to plant more than 20,000 fruit trees each year in more than 10 villages throughout Morocco. 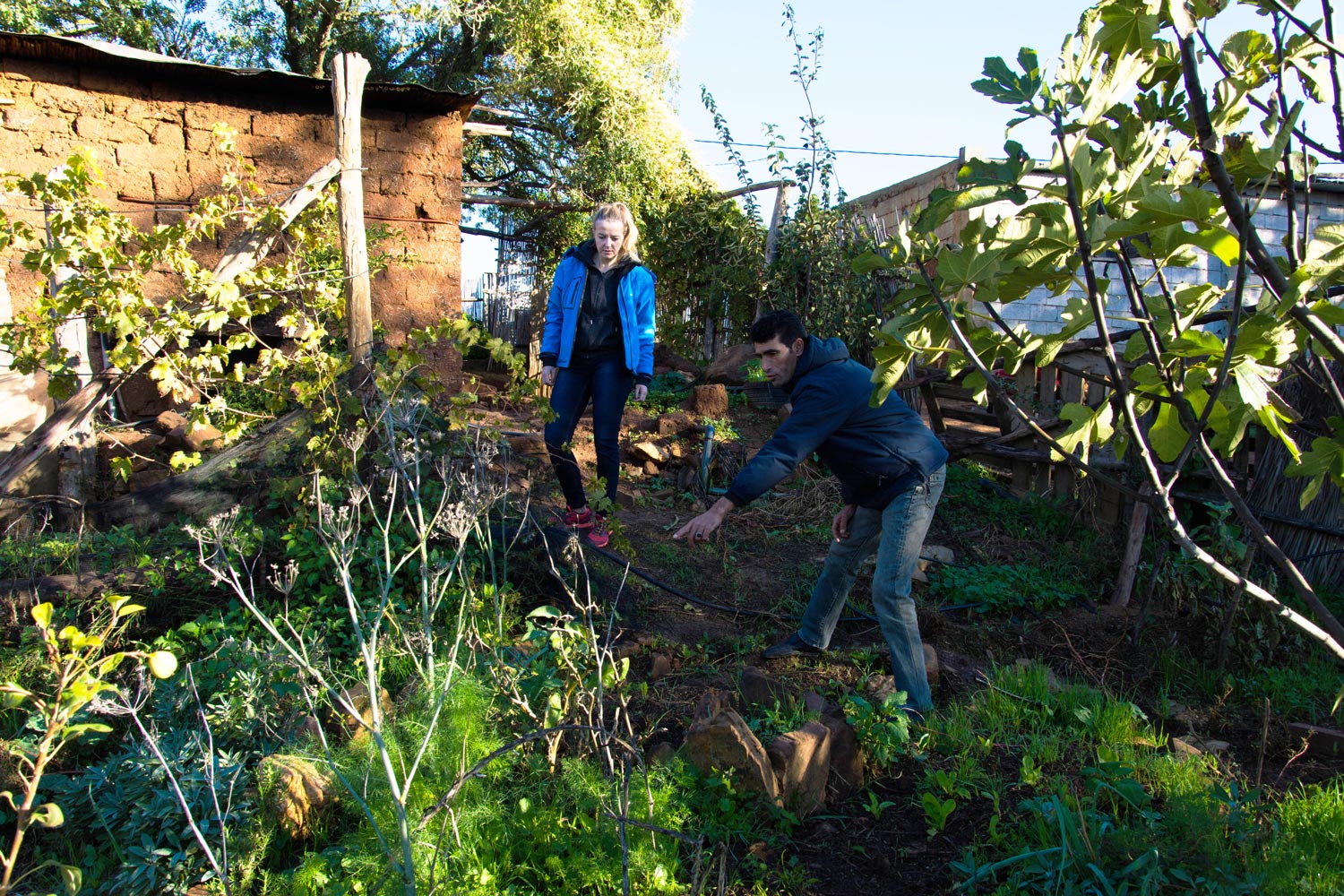 In 2021, a new agroforestry project was launched in the rural areas surrounding the city of Taza. 400,000 fruit trees, grown in local nurseries and treated with organic products, are planted on agricultural lands. This approach will limit soil erosion, promote local biodiversity and provide additional sources of income for the local communities. 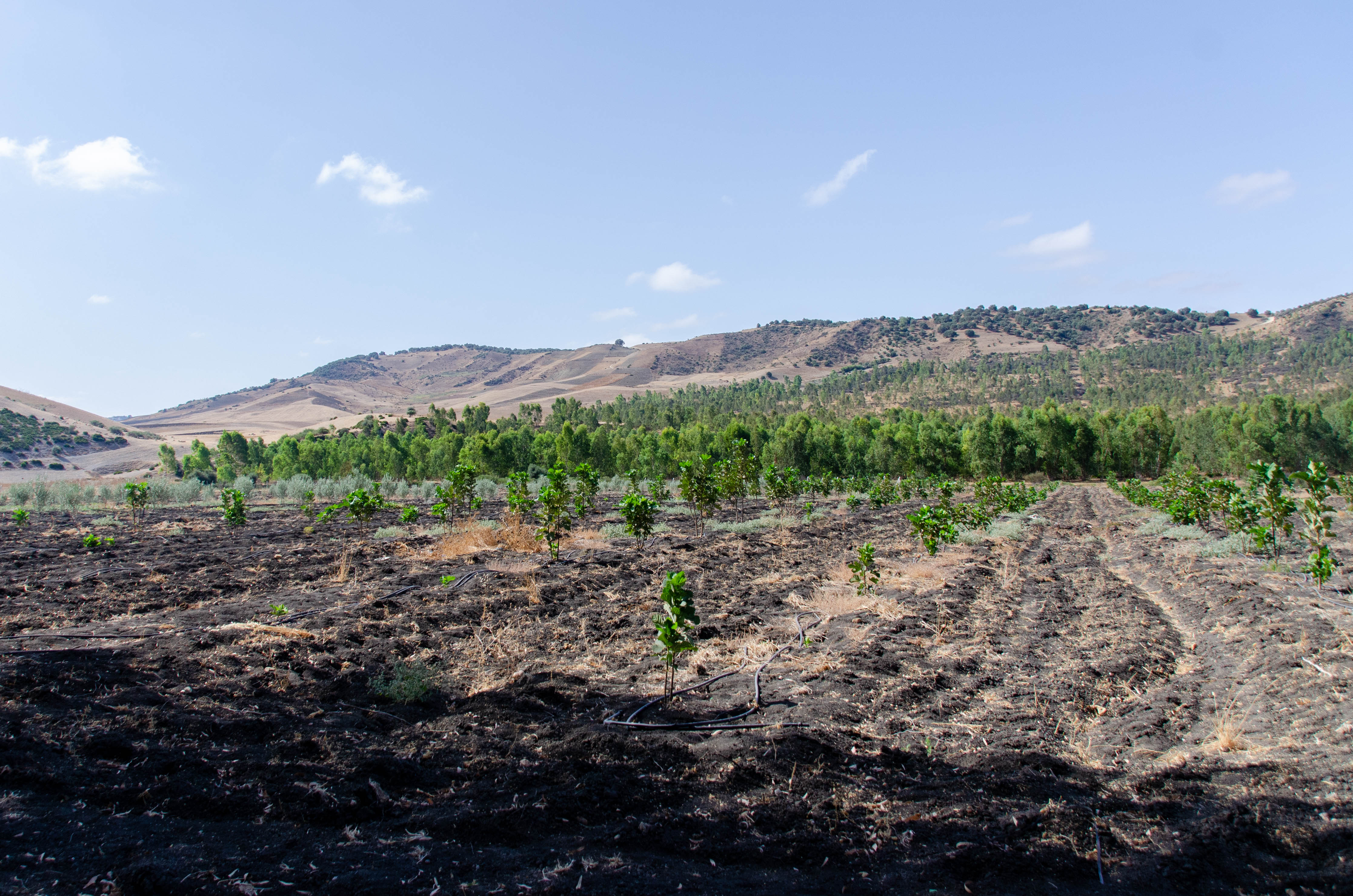 Senegal's rural populations are 80% dependent on forests for their livelihood needs. However, the state of the forest cover is deteriorating under the pressure of agricultural production and firewood. For many years, intensive groundnut farming has eroded the soil and led to lower yields. Farmers now need to diversify their crops with viable alternatives to secure their harvests and improve their incomes. Located around Sokone, in the south of Senegal, our project, led on the ground by SOPREEF, a Senegalese social enterprise, and Kinomé, a French social enterprise, contributes to the development of rural populations through the planting of trees in agroforestry and the valorization of products from the trees. 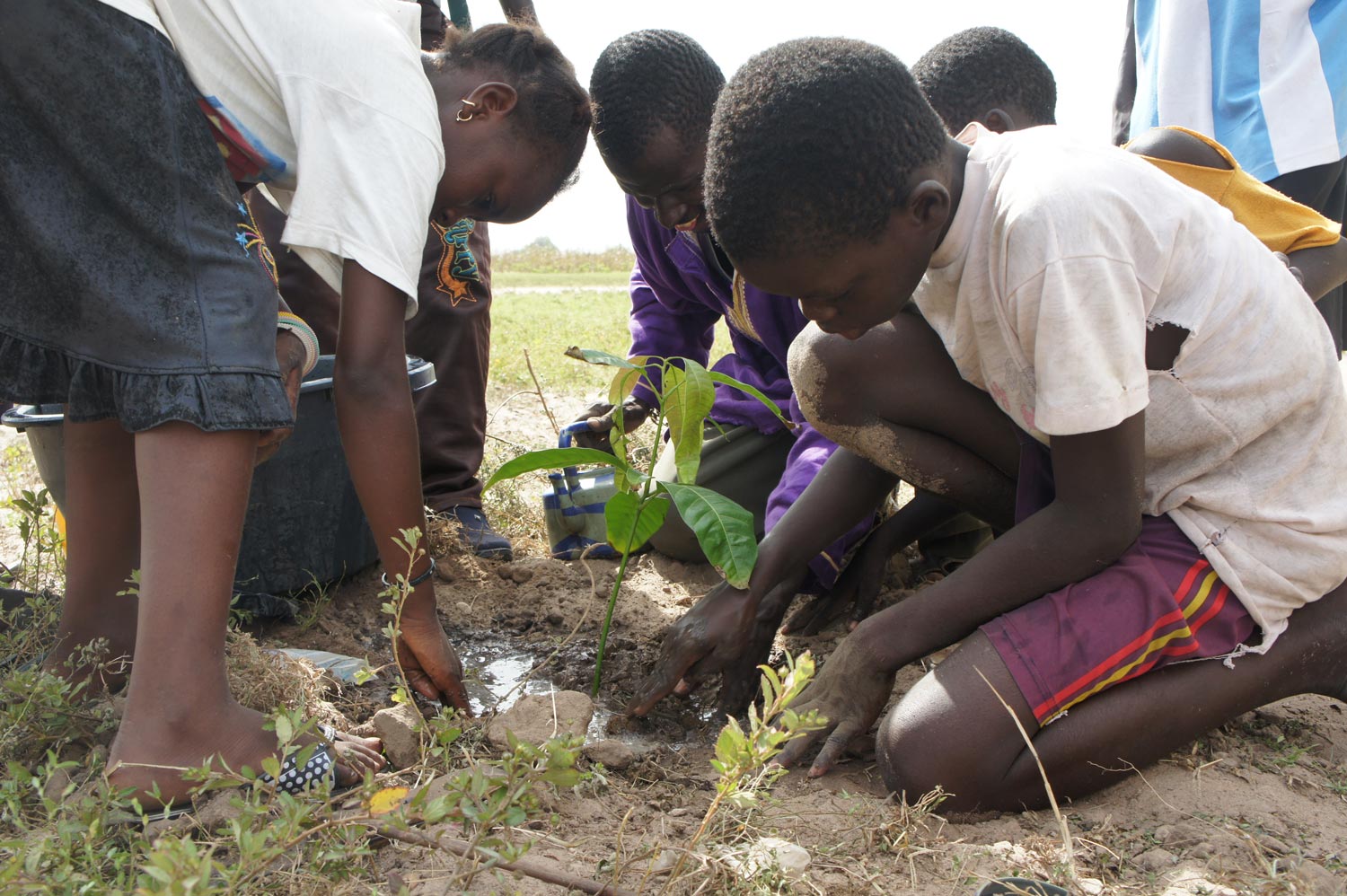 Since 2021, a second project is taking place in the areas of Thies, Fatick and the Saloum Delta in partnership with the Senegalese association Nébéday. This vast project of reforestation, mangrove planting and environmental education of schoolchildren in the region started in September 2021 and will eventually contribute to the restoration of forest ecosystems as well as the preservation of natural resources. 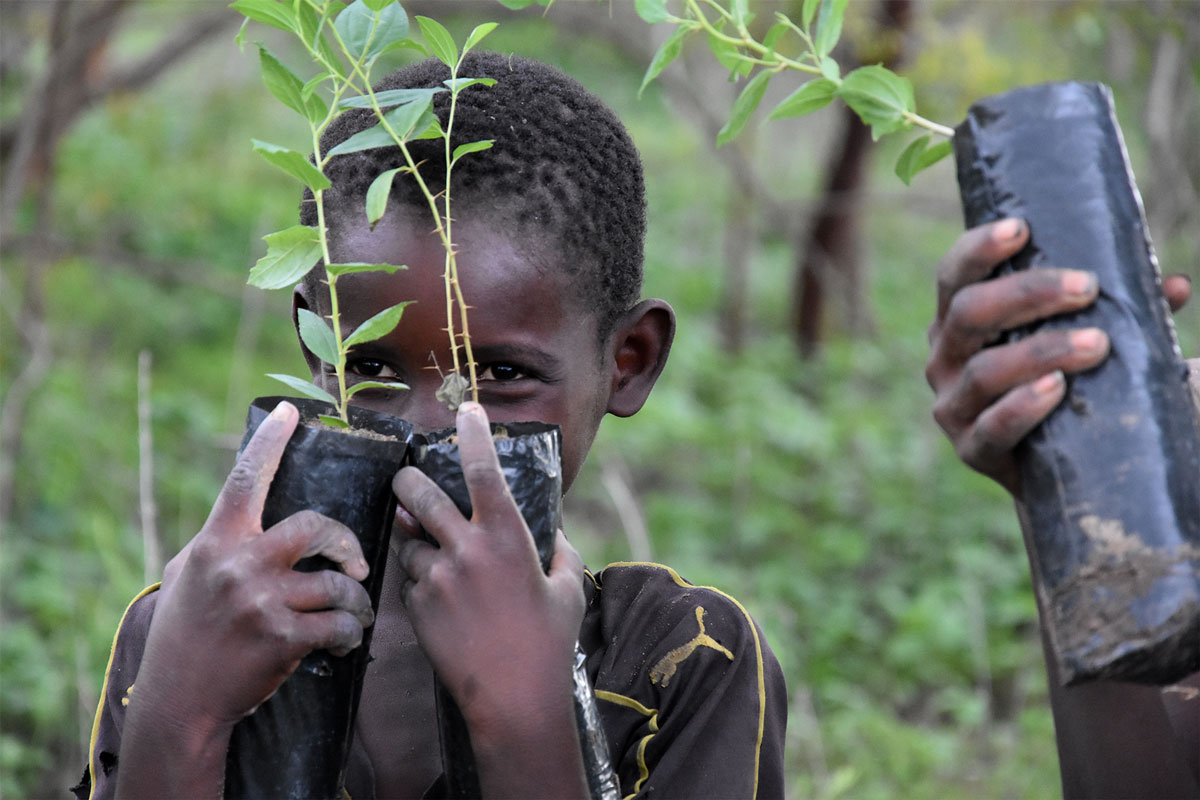 Agroforestry and mangrove restoration in Guinea

Guinea is experiencing increasing degradation of its environment and forests, which poses a threat to present and future generations. Traditional agriculture, artisanal salt extraction, fish smoking, mining and population explosion are the main causes of deforestation in rural areas. Carried out in the field by a Guinean NGO, RENASCEDD, the project aims to set up real forest gardens, notably composed of fruit trees (mango, avocado, cashew, orange), useful both to local communities and to the environment. These trees enable them to create shade for their underlying food crops, to feed themselves from the fruits harvested and to sell the surplus on local markets to obtain additional income. At the same time, a mangrove restoration activity is being undertaken on the coastlines of the Boffa region, in order to protect the surrounding villages from rising water levels and to preserve the biodiversity of the coastlines. 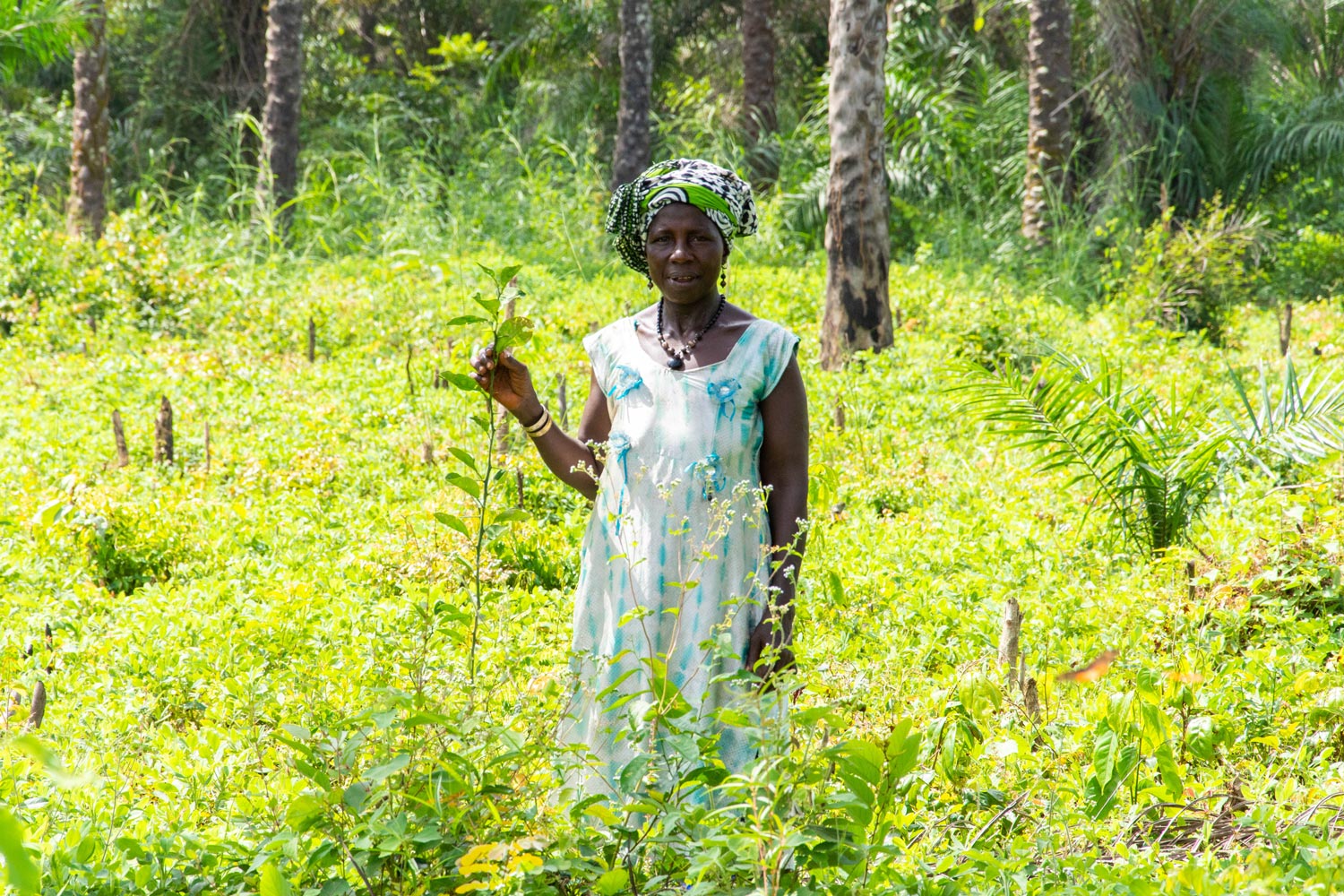 Agroforestry and reforestation among cocoa producers in Ivory Coast

The 234 classified forests in Ivory Coast, including the Séguié forest in the Agnéby-Tiassa region where our project is taking place, have lost more than 70% of their forest cover in the space of half a century. This is due to extensive agriculture and cocoa production, which have gained ground on the primary forests of Côte d'Ivoire, and the unsustainable exploitation of these forests to meet the growing need for firewood. It is in this context that Reforest'Action has joined forces with the Ivorian company Agro-Map to support cocoa producers in the forest of Séguié. The objective: to restore the forest of Séguié through the planting of forest species of local origin, such as fraké and framiré, and to create agroforestry systems that will make it possib 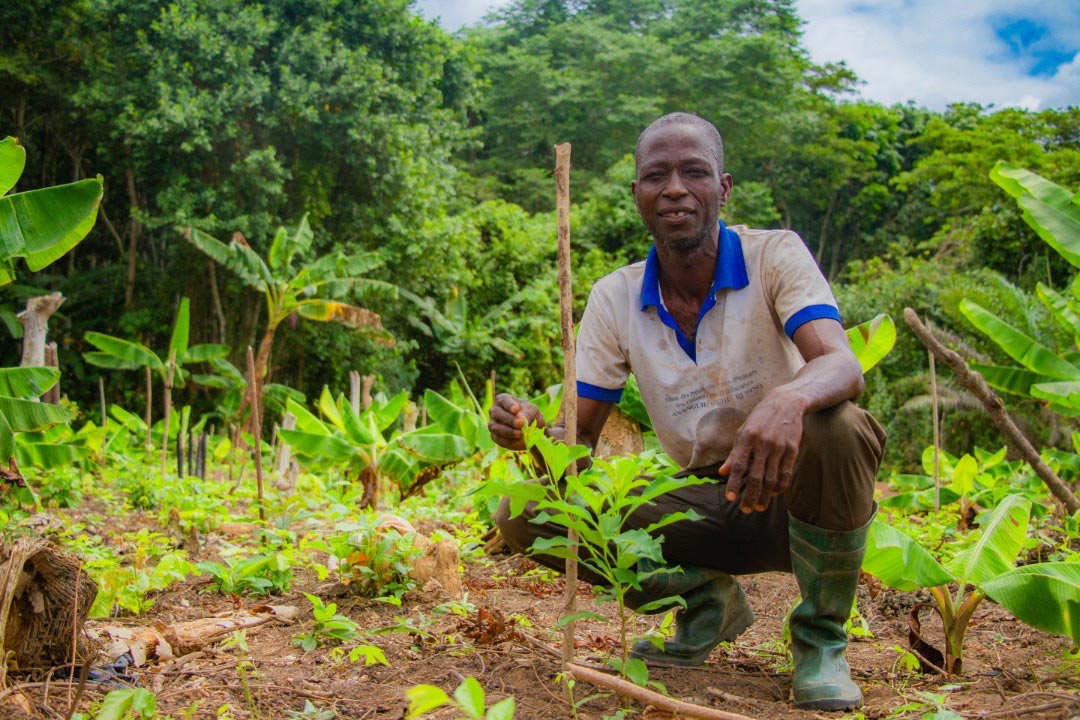 Agroforestry among coffee and cocoa farmers in Togo

Strongly encouraged by the Togolese government in the 1970s, the economic sectors of coffee and cocoa today suffer from a lack of quality plants and ageing populations. In 20 years, coffee and cocoa plantations in Togo have lost a third of their production capacity. Alongside the Unité Technique Café Cacao du Togo (UTTC), a para-governmental institution, and the social enterprise Kinomé, Reforest'Action's mission is to restore these crops. The objective? To develop agroforestry in order to protect cocoa and coffee trees and enable them to be more profitable in the long term. 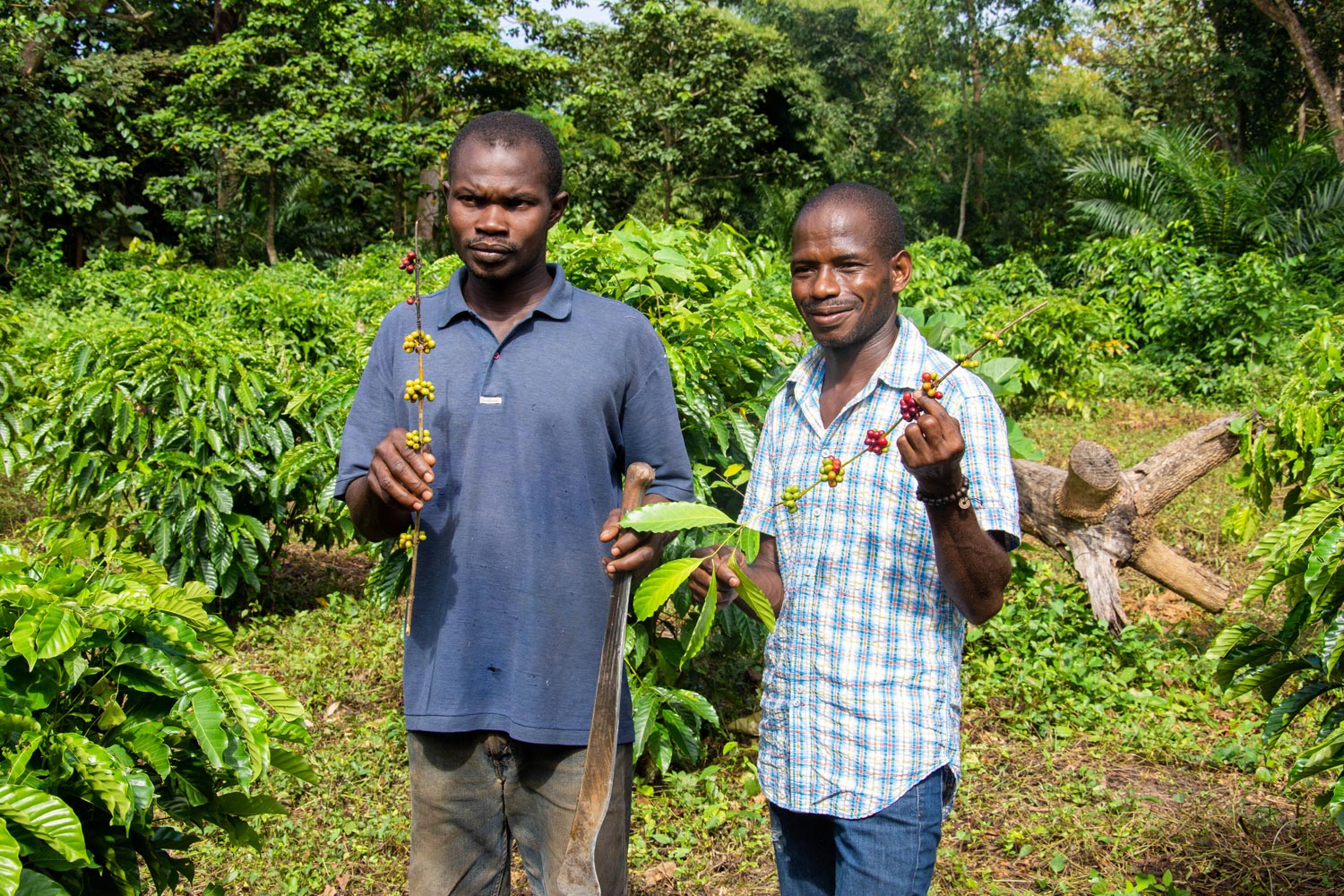 Agroforestry and reforestation in Kenya

As a result of population growth, the expansion of cultivation, but also the felling of trees for charcoal production, Kenya now has only 7% forest cover, compared to 18% in the early 1960s. The forest on Mount Kenya provides a daily livelihood for more than 300,000 members of various ethnic communities, such as the Kikuyu and Maasai, drawing fruit, medicinal plants and water resources from their environment. Reforest'Action has joined forces with the local NGO Trees For Kenya, which since 2012 has been working with communities in Mount Kenya to restore the most degraded areas of its forest. The objective: to train local producers in the usefulness of including trees of various species (grey oak, pink cedar, Nile tulip tree, calliandra, avocado tree...) as integral components of their agriculture through the creation of agroforestry systems. At the same time, forest and indigenous species (water kisa, African plum, Meru oak...) are being planted to restore the heart of the Mount Kenya forest. 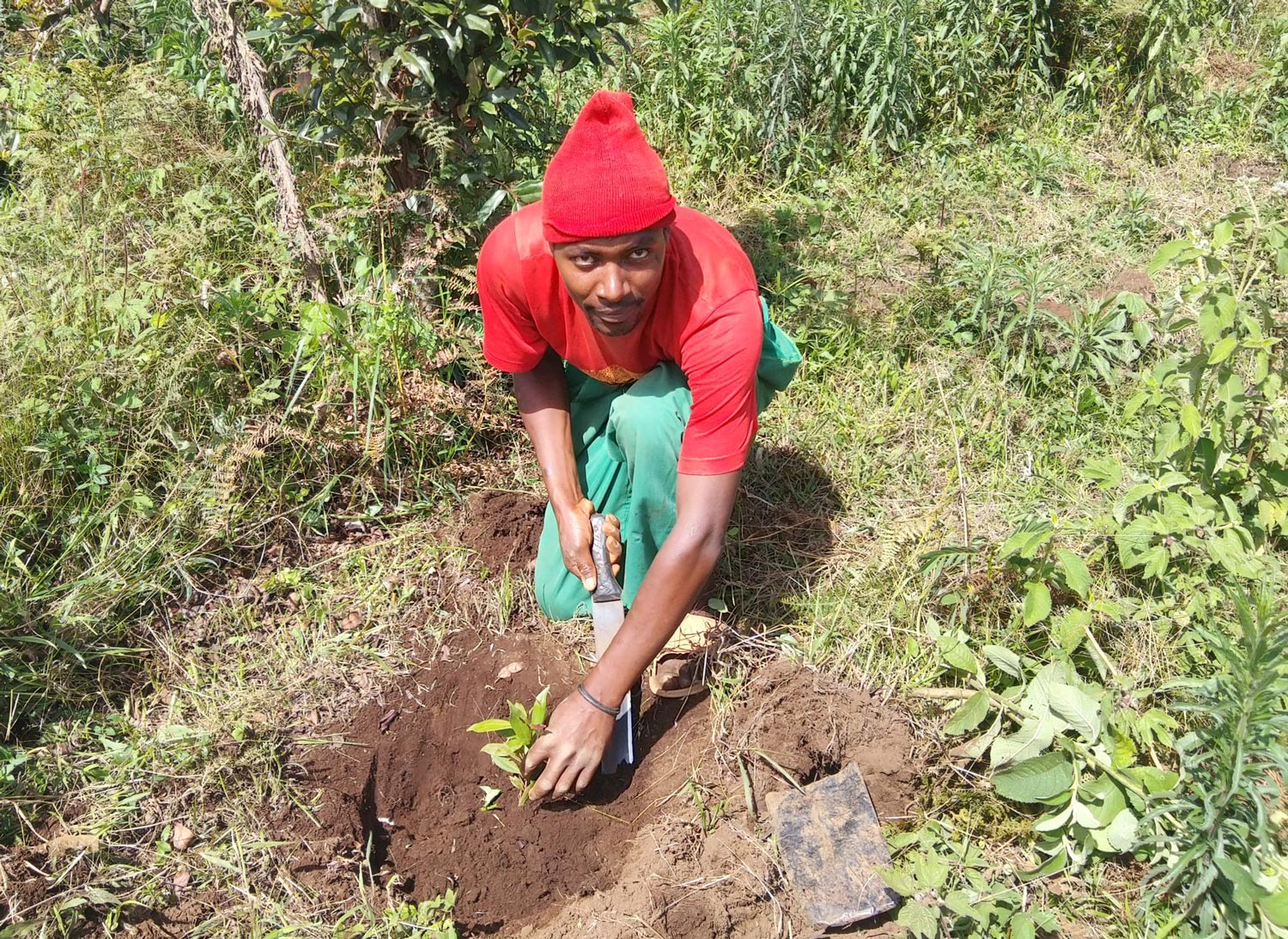 Agroforestry and reforestation in Tanzania

Tanzania lost 19.4% of its forest area between 1990 and 2010, or about 8 million hectares of forest. Today, the country is still one of the most deforested countries in the world, with 400,000 hectares of forest destroyed each year. It is in this context that Reforest'Action joins forces with Friends of Usambara, a Tanzanian NGO based in Lushoto, in the Usambara Mountains. The trees will take root in the Magamba Reserve. Protected by the Tanzanian government since March 2016, this reserve covers 9283 hectares, but the marks of deforestation and the resulting soil erosion are still clearly visible in the landscape. These include the expansion of agricultural and grazing land at the expense of forests, and logging for charcoal and firewood production. Our reforestation project thus aims to restore the forests of the Usambara Mountains, to raise the awareness of the local population to the importance of forests and agroforestry, and to accompany them in the sustainable management of their trees.

Extraordinarily rich in biodiversity, Madagascar's forests are threatened by slash-and-burn agriculture. This practice, long encouraged by the government and deeply rooted in customs, aims to burn a plot of forest to enrich it with nitrogen before planting food crops. Our reforestation project in Ambatobe is carried out in the field by our partner, Génération Masoala. It helps the area’s inhabitants, based in the north-east of the island, develop agroforestry to reconcile trees and crops, without destroying the forests.

In Analamanga, Reforest'Action has been supporting a second reforestation project in Madagascar since 2021, in partnership with the associations 2400 Sourires and Siel Bleu. On site, garden forests are being created to restore agroecosystems and allow local producers to diversify their income. At the same time, a Forest School has been created to raise awareness of environmental issues among the younger generation. 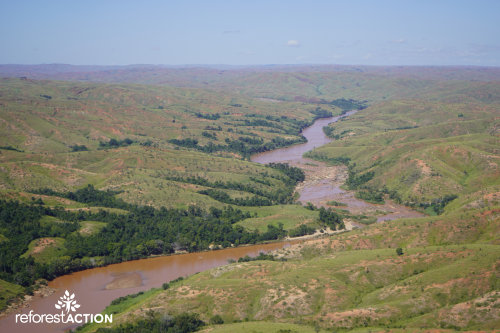 Restoration of the dry forest on Réunion Island

Formerly present on the entire west coast of Réunion Island, the dry forest today only survives in the form of small relics. This low altitude tropical forest is the refuge of emblematic animal species such as the Bourbon Green Gecko and the Papangue, the island's only endemic bird of prey. Conducted in collaboration with the Réunion National Park and the Conservatoire du Littoral, our reforestation project in Reunion Island is led in the field by the European project LIFE + Forêt Sèche. The objective? To restore the local dry forest and free it from the growing pressure of invasive exotic species, which threaten the unique biodiversity of this ecosystem. 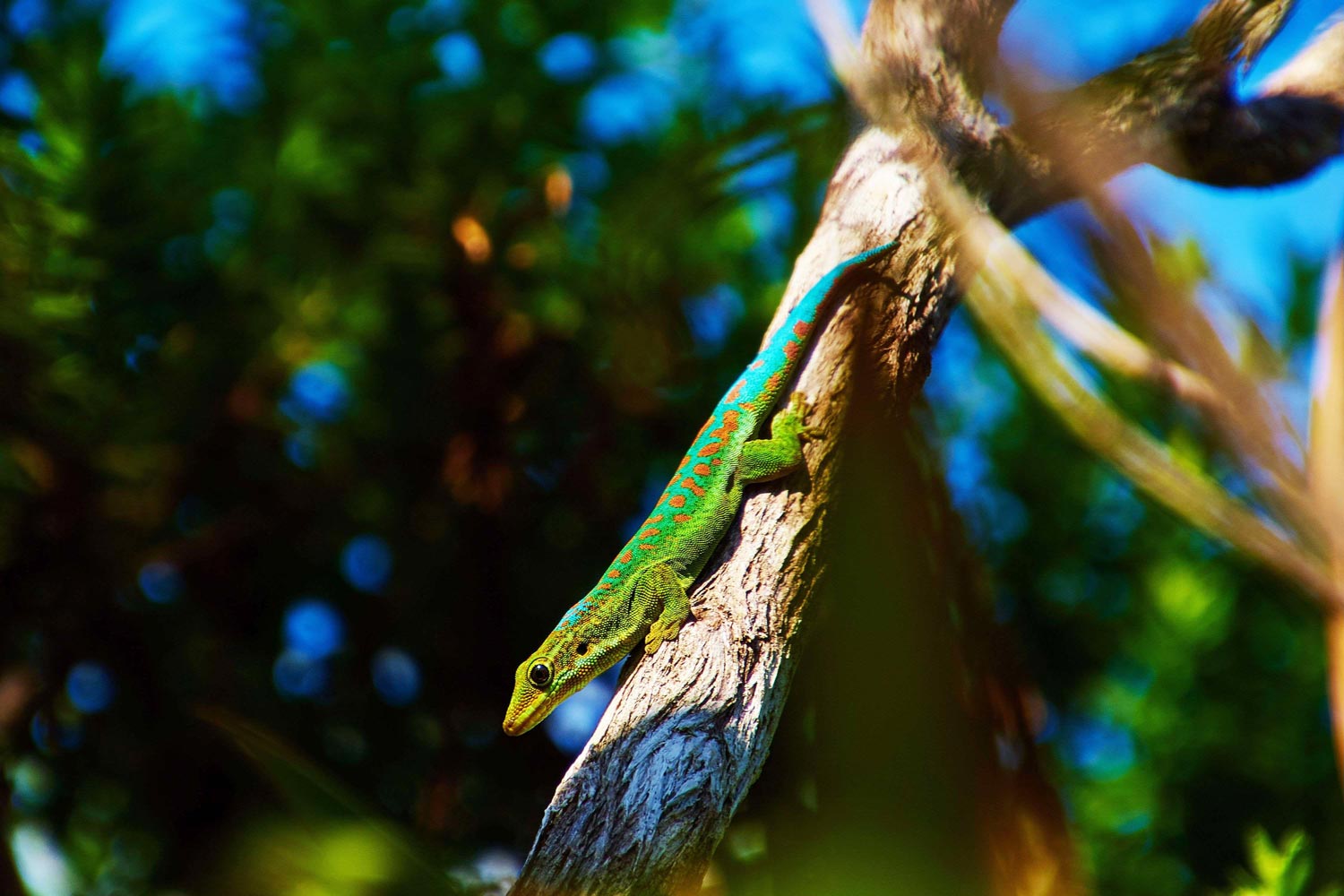 In the heart of the Western Cape, along the Breede River, the fight against the invasion of exotic plant species is a major challenge for the preservation of biodiversity and water. The invasion of exotic plants is indeed a national threat that jeopardises the stability of South African ecosystems by negatively affecting water resources, favouring fires and competing with local vegetation. The original forest cover of the West of the Breede River, composed notably of endemic trees such as the Breede River Yellow Wood, the wild olive tree, or the wild almond tree, has today practically disappeared. It is in this context that Reforest'Action is joining forces with the Western Cape Government and Breedekloolf Wine and Tourism. The objective: to restore the strength and diversity of this landscape to its former strength and diversity by fighting against exotic vegetation and replanting trees and shrubs of 36 different endemic species. 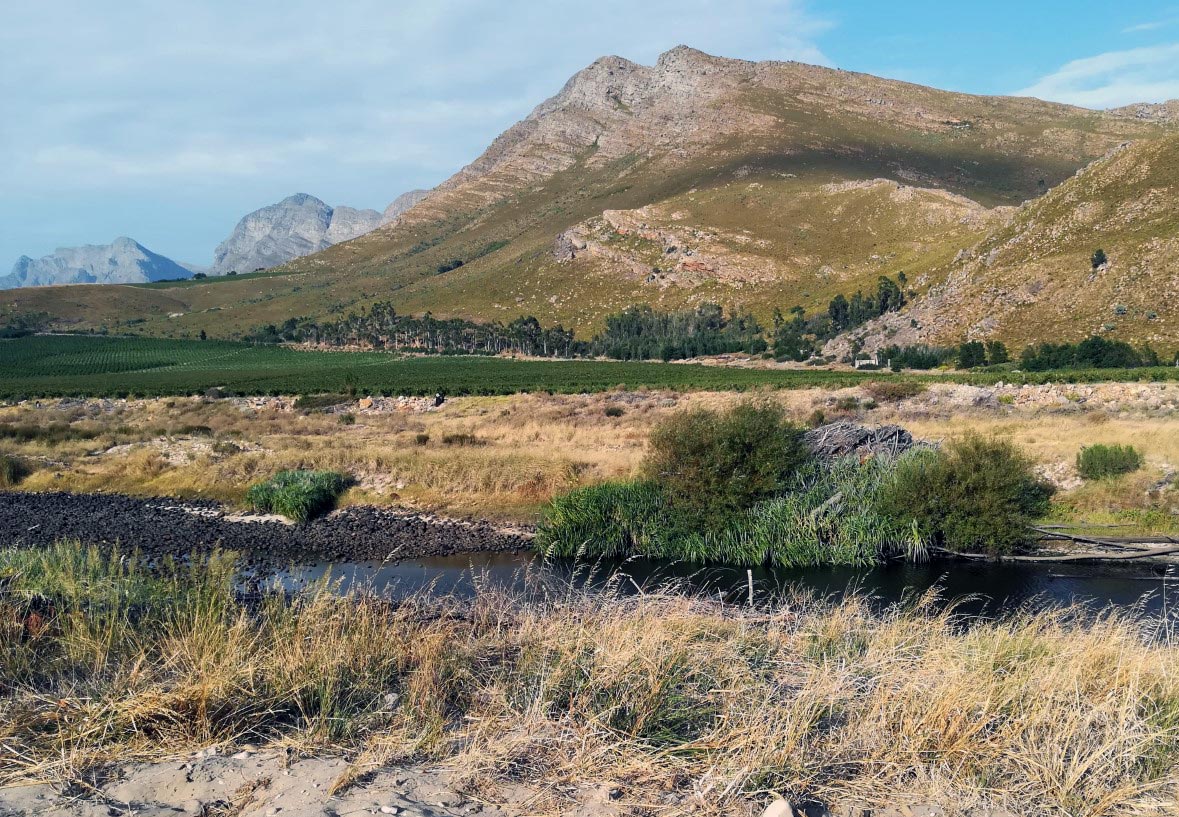 In the Eastern Cape, South Africa, land desertification is caused by the increasing pressure of livestock on pastureland. Today, the depletion of vegetation cover and the degradation of local farmers' land and surrounding reserves are causing many adverse environmental effects, such as depletion of water resources, loss of biodiversity and soil erosion. Reforest'Action is joining forces with C4 EcoSolutions and AfriCarbon, two South African companies, to restore these ecosystems through the planting of Spekboom, a local tree species that is essential to the ecological functioning of the region. The project will develop a new sustainable grazing management system to improve the carrying capacity of livestock without degrading the environment. Numerous benefits will also be generated: the return of biodiversity, particularly of an elephant population, improved rainwater infiltration, restoration of arable land, etc. 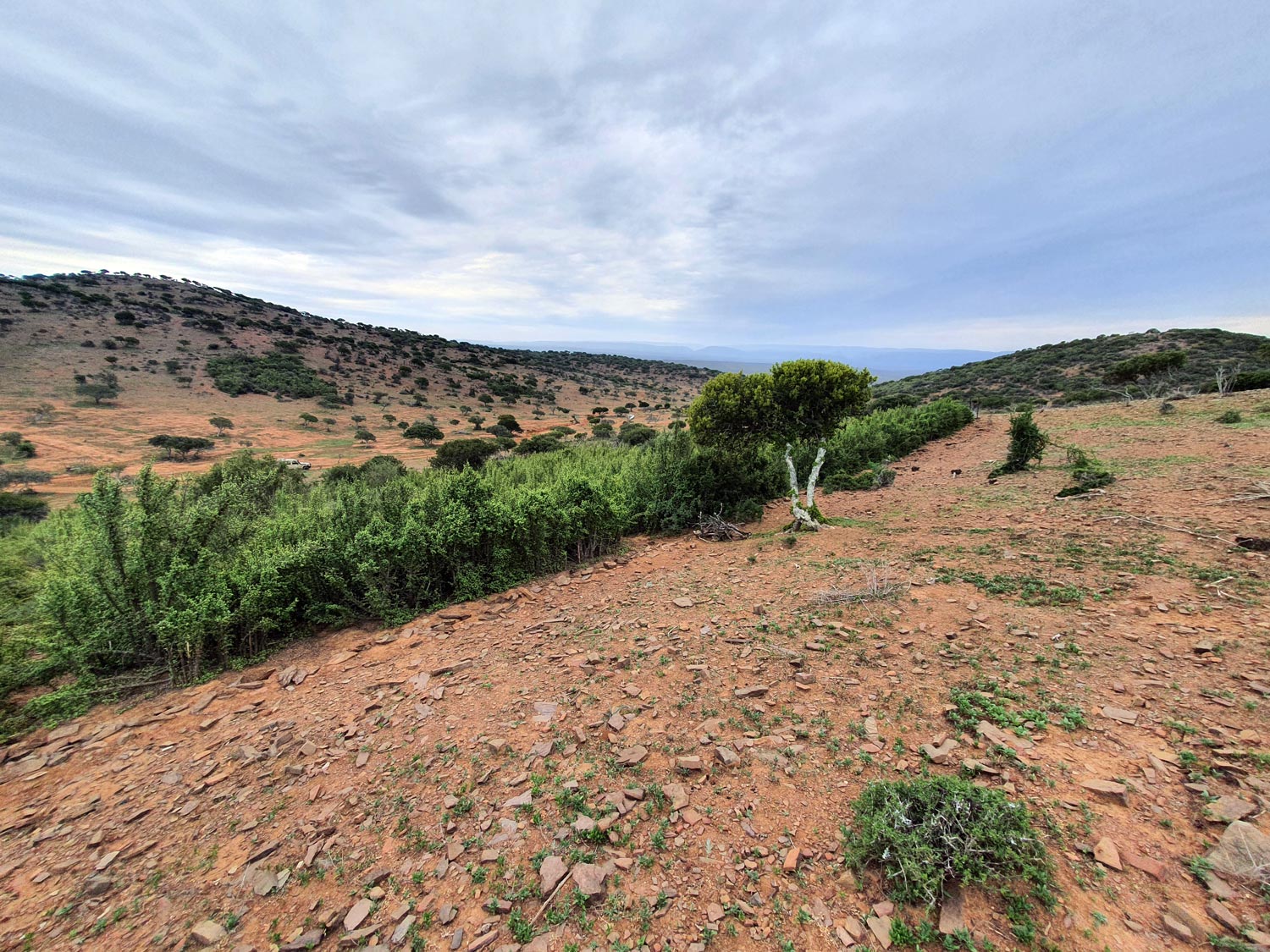 In this country where forests are disappearing to make way for crops, around 33,000 hectares of woodland are lost every year. In partnership with the NGO Inter Aide, Reforest'Action supports a project to plant hedgerows. Within this framework, 300,000 trees are planted over 3 years to restore agroecosystems while supporting the economic and social development of local communities. 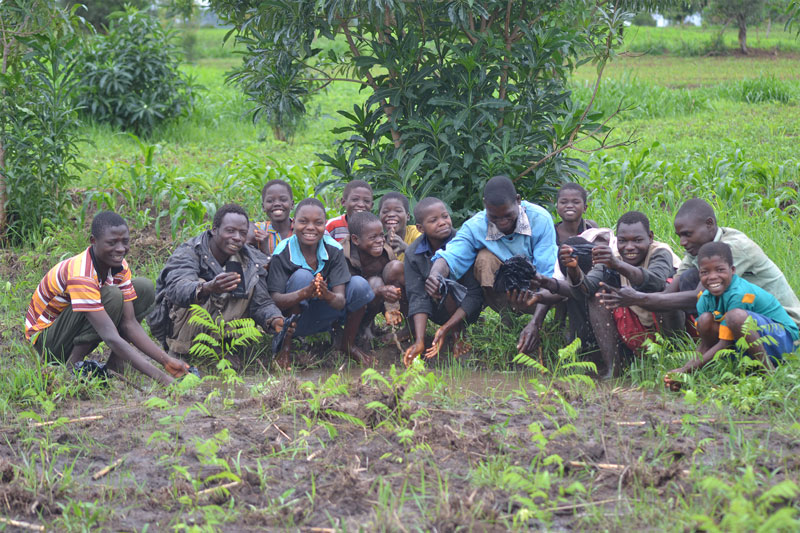