Reforest'Action is working in collaboration with the association Génération Masoala Madagascar to create a community nursery. The objective? Reforestation of affected areas and provision of tree seedlings to the population with consumable, exploitable and marketable resources.

Madagascar's forest is exceptionally rich in biodiversity, but highly threatened by human overexploitation: slash-and-burn agriculture and fuelwood production are the main causes of deforestation on the island. After the island's independence in 1960, slash-and-burn agriculture, which consists of burning a plot of land bare to provide it with nitrogen before planting maize or cassava, was a way encouraged by the government to become the owner of land. Although this is no longer the case today, this technique is still deeply rooted in morals. However, it is particularly harmful to the environment: the slash-and-burn plot is only profitable for a very short time before it becomes sterile for several years.

Madagascar is home to nearly 14,000 endemic species of plants, primates, birds, reptiles and amphibians. It has been classified as one of the 34 global biodiversity hotspots by the NGO Conservation International. These hotspots contain at least 1,500 endemic species but have already lost at least 70% of the species present in their original state. Our reforestation project in Madagascar is located in the Masoala peninsula, near the Masoala Natural Park, a UNESCO World Heritage Site.

OUR ACTION AND OUR PARTNERS IN THE FIELD

Reforest'Action is committed to the municipality of Fokontany d'Ambatobe and the association Génération Masoala, for the establishment of a community nursery. The latter is supported by 3 trained nurserymen and volunteers. The production is open to local inhabitants who invest themselves to produce plants with a varied future. Some of the trees such as intsia and rami be will be planted in plots to be reforested, while other species will be planted among the inhabitants to produce fruit and contribute to the development of agroforestry. 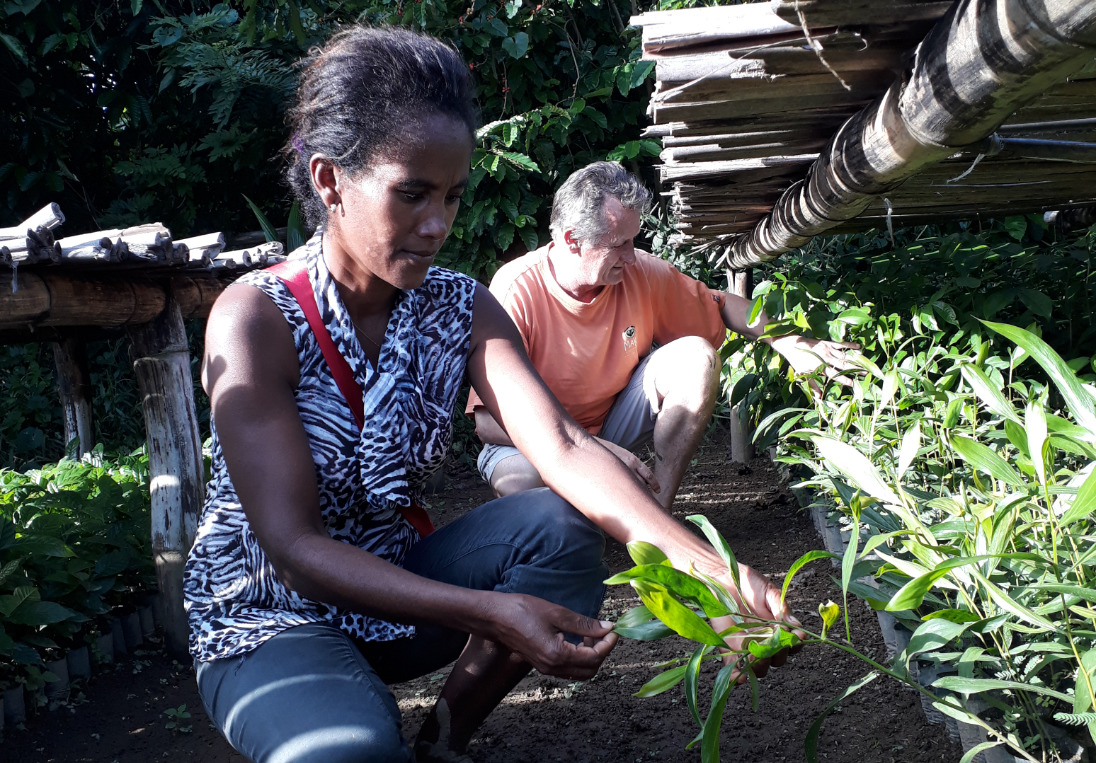 The different species will provide marketable wood and non-wood products to the population and promote the local economy. By building on these benefits, the association Génération Masoala will be able to raise awareness of the benefits of agroforestry in order to put an end to slash-and-burn farming. The planting of fast-growing trees will reduce the pressure on the wild forest by creating a new energy source.