Forestry projects funded by Reforest'Action in South America aim to restore formerly deforested areas of the Amazon rainforest and other forests in the region, to recreate forests to combat desertification, and to develop agroforestry among local communities. Discover all the projects carried out throughout South America: 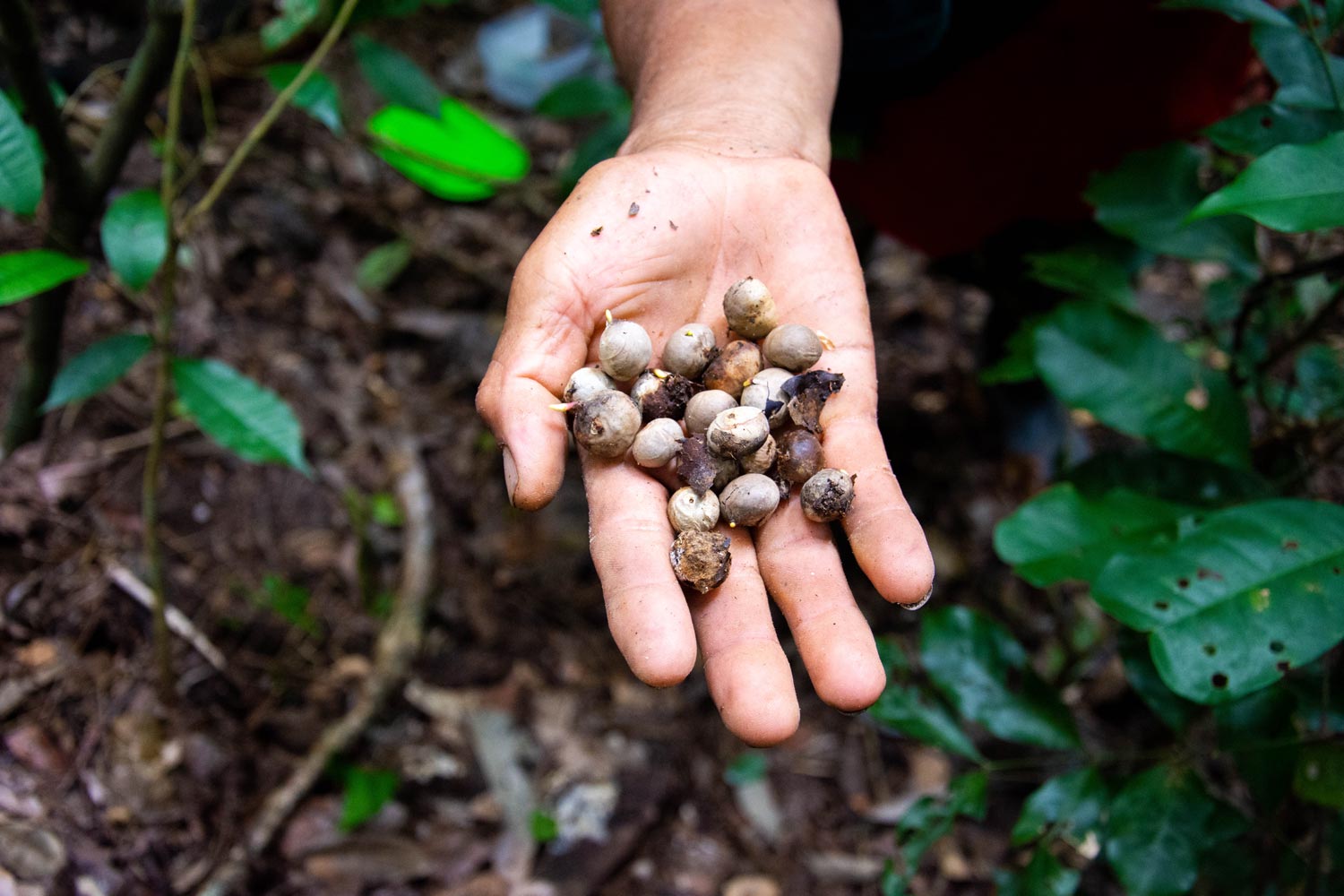 The forest cover of the Ecuadorian Amazon and the ancestral knowledge it contains are constantly threatened due to intensive forest exploitation. In the region, deforestation and forest degradation are responsible for almost half of the country's greenhouse gas emissions. The loss of forest cover throughout the region affects the carbon sequestration capacity of the wood cover as well as people’s food security : the livelihoods of more than 600,000 indigenous people, who live in the region, are thus at risk. The main objective of the project is to restore forest ecosystems, promote natural medicine as well as traditional and sustainable agroforestry techniques. The focus is on the introduction and preservation of native tree species, as well as on the planting of fruit trees and new species with high commercial value. In the long term, the planted trees will be managed sustainably and generate income for indigenous communities. 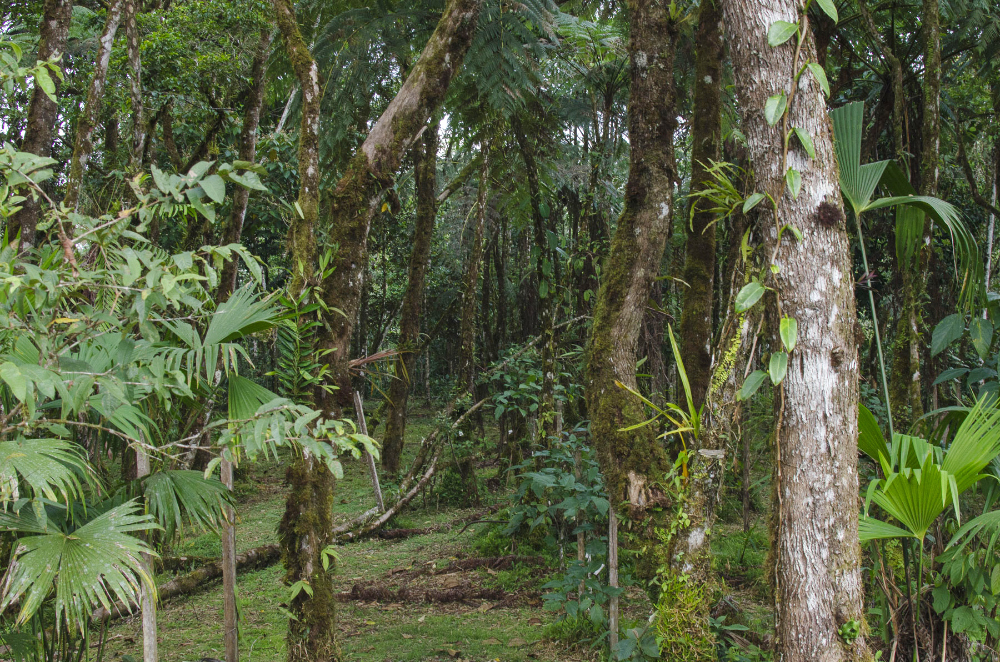 Haiti is one of the most deforested countries in the world. In 1920, 60% of the Haitian territory was covered with forests, compared to only 2% today. The massive decline in forest cover is mainly due to the production of charcoal, which is the primary source of energy for the population. Deforestation leads to soil erosion, a drop in the productivity of arable land, worsening droughts and desertification. The dramatic passage of Hurricane Matthew in October 2016 also destroyed a huge part of the trees still standing. It is in this context that Reforest'Action is joining forces with the Haitian NGO Agrinotech, founded in 2018, with the aim of raising awareness and involving local communities in the implementation of agricultural practices that are more respectful of the environment and forests. The reforestation project funded by Reforest'Action is being implemented in eight rural sections of the Saint-Michel de l'Attalaye region. 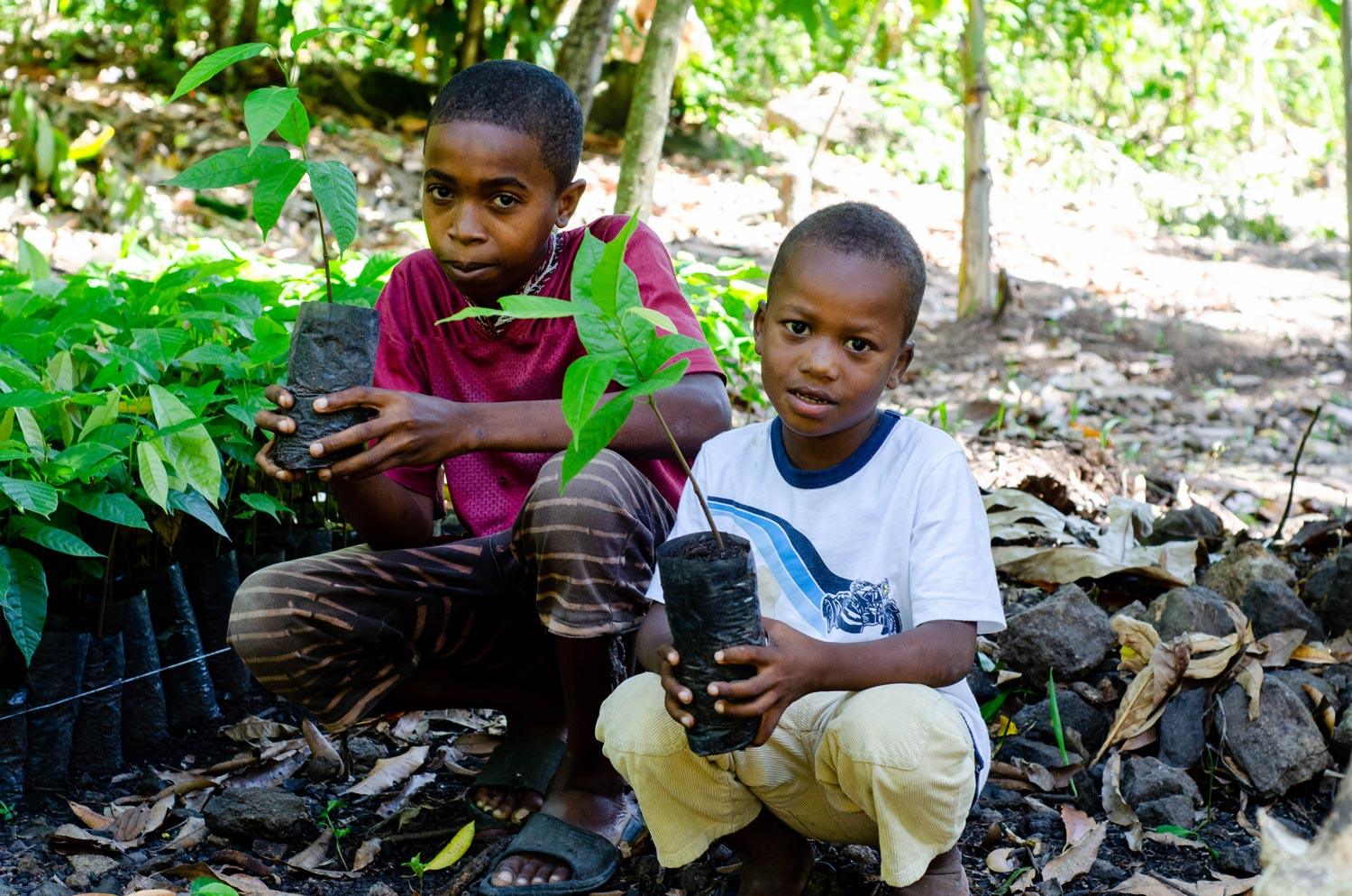 Agroforestry in the Amazonian forest in Peru (Tarapoto)

The region of San Martin, located in the north of Peru, in the high Amazon, was originally covered with tropical forests and wetlands. It has suffered from rapid and massive deforestation since the end of the 20th century. This is mainly due to the construction of road connections as well as the development of agricultural programmes encouraging the cultivation of rice, coffee and oil palm. Approximately 1.6 million hectares of primary forest have already been cut down over the last fifty years. Since 2016, Reforest'Action has been working alongside the Urku Centre, an Amazonian research institute located in Tarapoto. The objective: to create agroforestry systems in order to develop the local economy and restore the region's degraded forest ecosystems. The fruit trees (lemon, mango and cocoa trees) planted by local communities in their fields will enable them to produce fruit for their personal use or for local trade. Fast-growing species such as acacia, rubber tree, capirona and bolaïna will enable them to produce wood and rubber without having to go directly into the Amazonian forest. 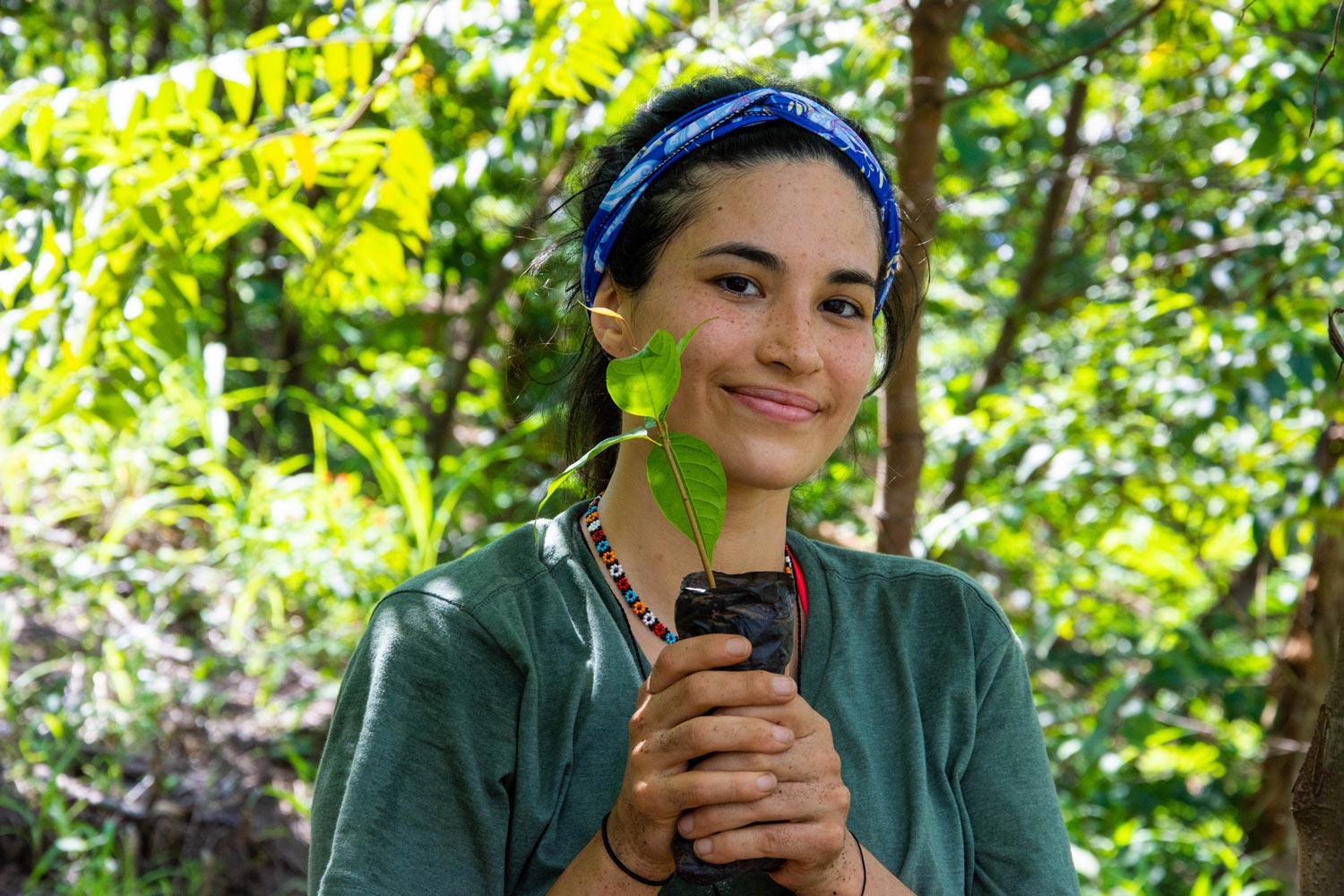 Fighting against desertification in Peru (Piura)

The region of Piura, located in the north of Peru, is home to dry forests mainly composed of shrubby savannas. The climate is extremely arid and local communities are affected by frequent water shortages. The dry soils on which the pastoral and farming populations live are threatened by desertification. This is accelerated by illegal logging, which amputates the forests by 3,000 hectares every year. Reforest'Action is joining forces with the Peruvian NGO Progreso to plant trees of various species (cedar-acajou, mahogany, Andean alder, silver pine) on the surrounding mountain ranges, alongside local communities. The forests created will help to limit soil erosion and create an additional source of income for the populations. 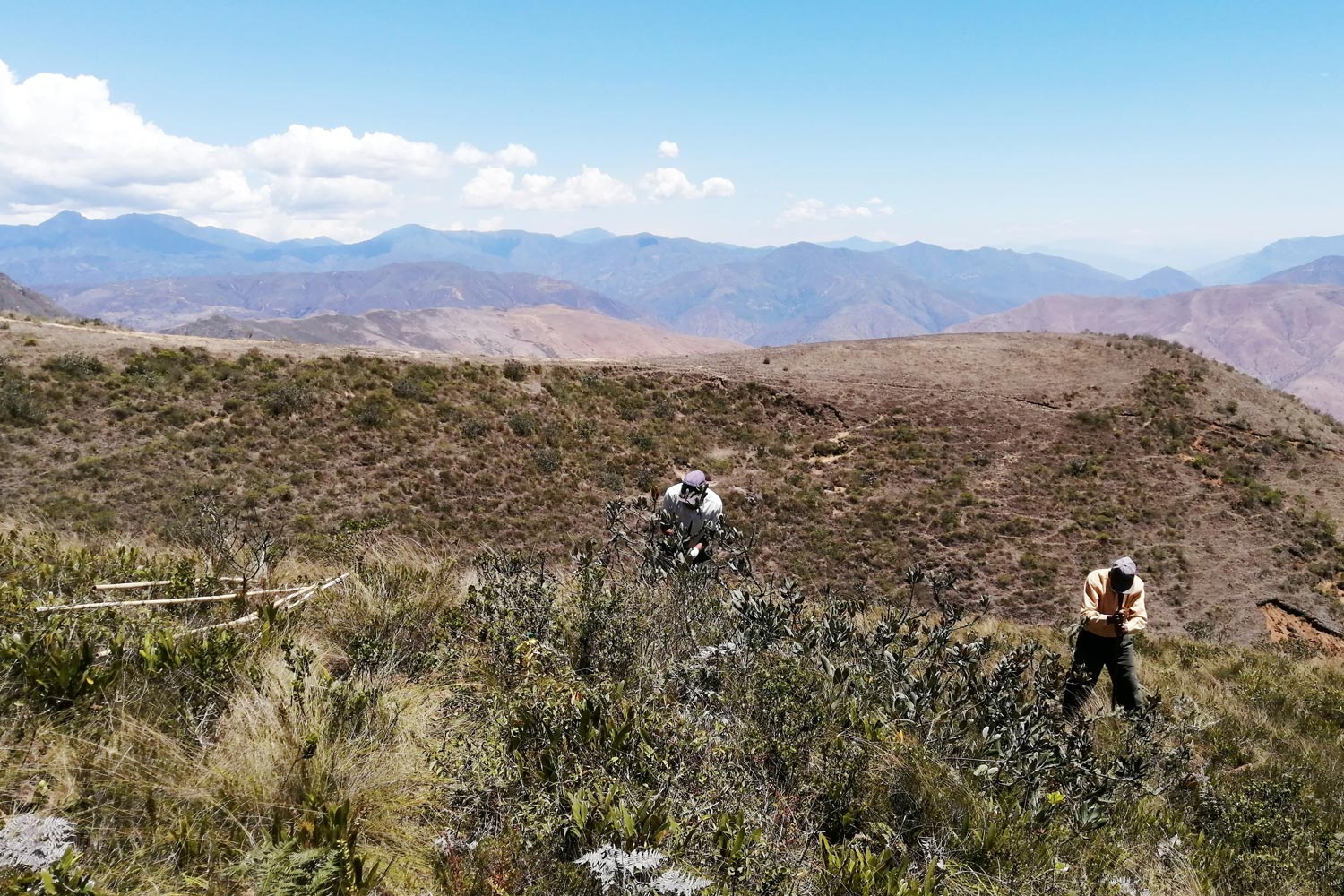 In the province of Convención, deforestation due to intensive logging and agricultural exploitation continues to rage. In addition, water shortages, fires and the advanced state of soil degradation contribute to the destruction of the vegetation cover in this region, which is also particularly affected by poverty. This project, financed by Reforest'Action and carried out in the field by Pachamama Raymi, aims to recreate a sustainable social, environmental and economic landscape that is conducive to the preservation of biodiversity and the fight against climate change. Trees are planted in degraded forest plots in order to create resilient stands that are compatible with the implementation of sustainable timber exploitation. This reforestation will make it possible to reintroduce valuable or endangered native species such as cedar, mahogany, walnut and tornillo. The result of community work mobilising local populations, this approach will also make it possible to develop new sources of income for families, thanks to the marketing of fruit from trees introduced on agricultural plots. Actions centred on the necessary preservation of forests, the creation of wealth based on products from nature and the adoption of sustainable agricultural practices are also carried out on site within the framework of this environmental and social project. 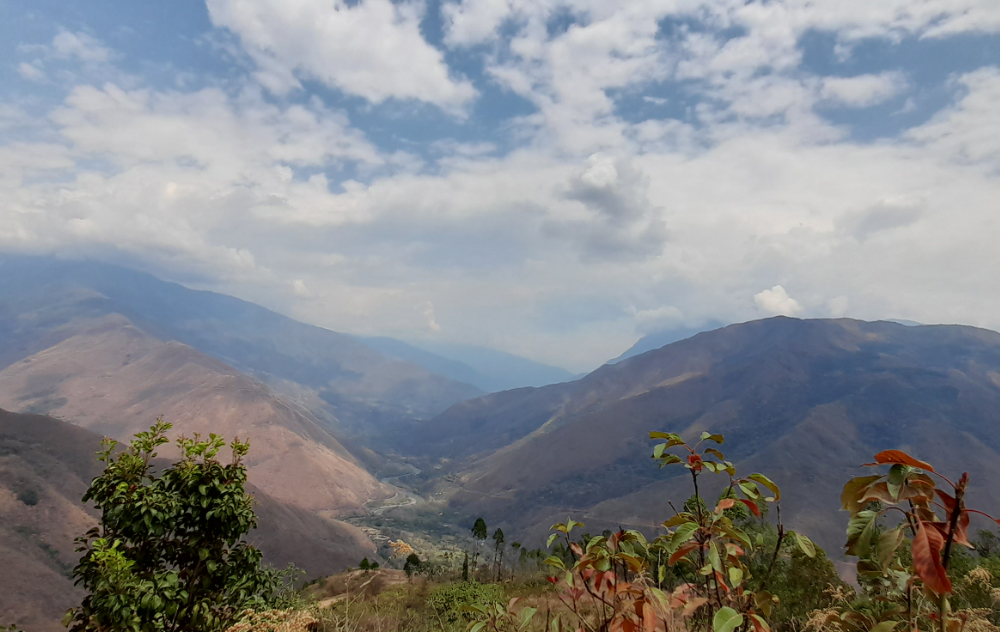 In the heart of the Peruvian Amazon, deforestation and natural hazards are endangering the various forest ecosystems. In the provinces of Lamas, San Martín and El Dorado, the presence of invasive fern, abandoned natural or artificial pastures and forest fires are severely degrading the soil. In 2017, Peru launched a national strategy to curb these phenomena and adapt the country's forests to climate change. In these three provinces, the project led by Reforest'Action is in line with government and regional policies that aim to restore forests within private or communal lands. On site, we support the transformation of degraded areas into forests by local producers and indigenous communities, thanks to the introduction of productive species or tree legumes. CIGDES, our local partner, will thus assist small landowners and native communities of the Kiwcha de Lamas ethnic group in the implementation of conservation and agroforestry techniques. In the long term, the project will bring many long-term benefits to the local populations: additional income, improved soils for crops, reduced malnutrition, increased habitats for biodiversity, etc. 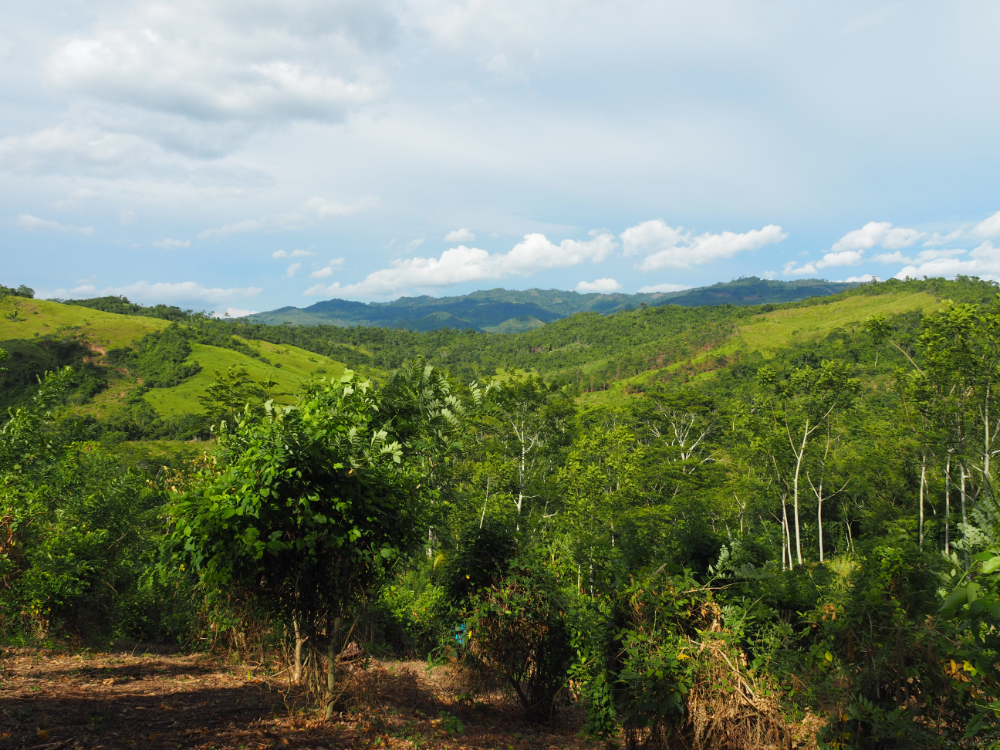 Development of edible forests in the Amazon rainforest in Brazil

The Amazon rainforest, one of the three largest primary forests in the world, is also one of the most affected by deforestation, with 4 million trees disappearing each year. The cause is industrial agriculture, which generates two thirds of deforestation in South America. Brazil, the world's largest soya producer, has converted 18% of its forest ecosystems since 1970 - through clear-cutting and fires - into cattle breeding, soya and oil palm crops. Our reforestation project, led in the field by our partner Rioterra, is located in the state of Rondônia, in the south-western part of the Brazilian Amazon, which is part of the "arc of deforestation", these vast Amazonian territories where the agricultural frontier and deforestation have greatly increased in recent decades. The aim of the project? To involve the traditional populations of protected reserves in the creation of edible forests by guaranteeing them access to these resources. 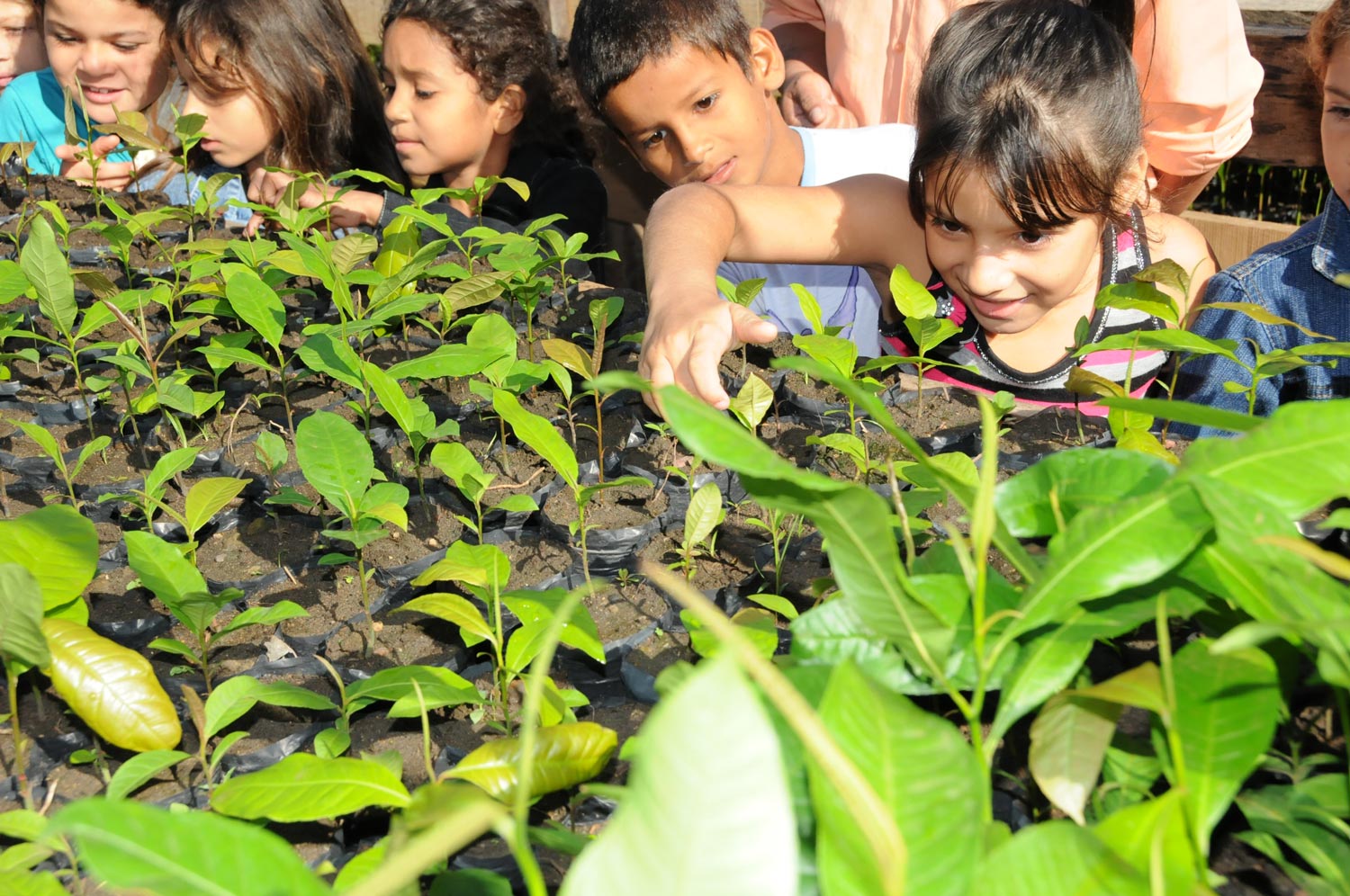 Colombia is the fourth most deforested country in the world and the second most biodiverse country after Brazil. In the Andes, which accounted for 26% of Colombian deforestation in 2016, the loss of forests has a strong impact on erosion and water resources. The capture and storage of water is ensured by ecosystems that are unique in the world: the páramos. These are the most biodiverse mountain ecosystems on the planet. They are now threatened with extinction due to climate change and the expansion of agricultural land. The project financed by Reforest'Action and carried out in the field by Impulso Verde aims to reforest and reduce anthropic pressure in the páramos of Chile-Cumbal and around the Regional Nature Park of the Páramo Paja Blanca. The objective is to strengthen and accelerate the reforestation programme in order to restore the páramos and the altoandine forest, and to promote the development of a sustainable livestock breeding model in conjunction with local communities, called sylvopastoralism. 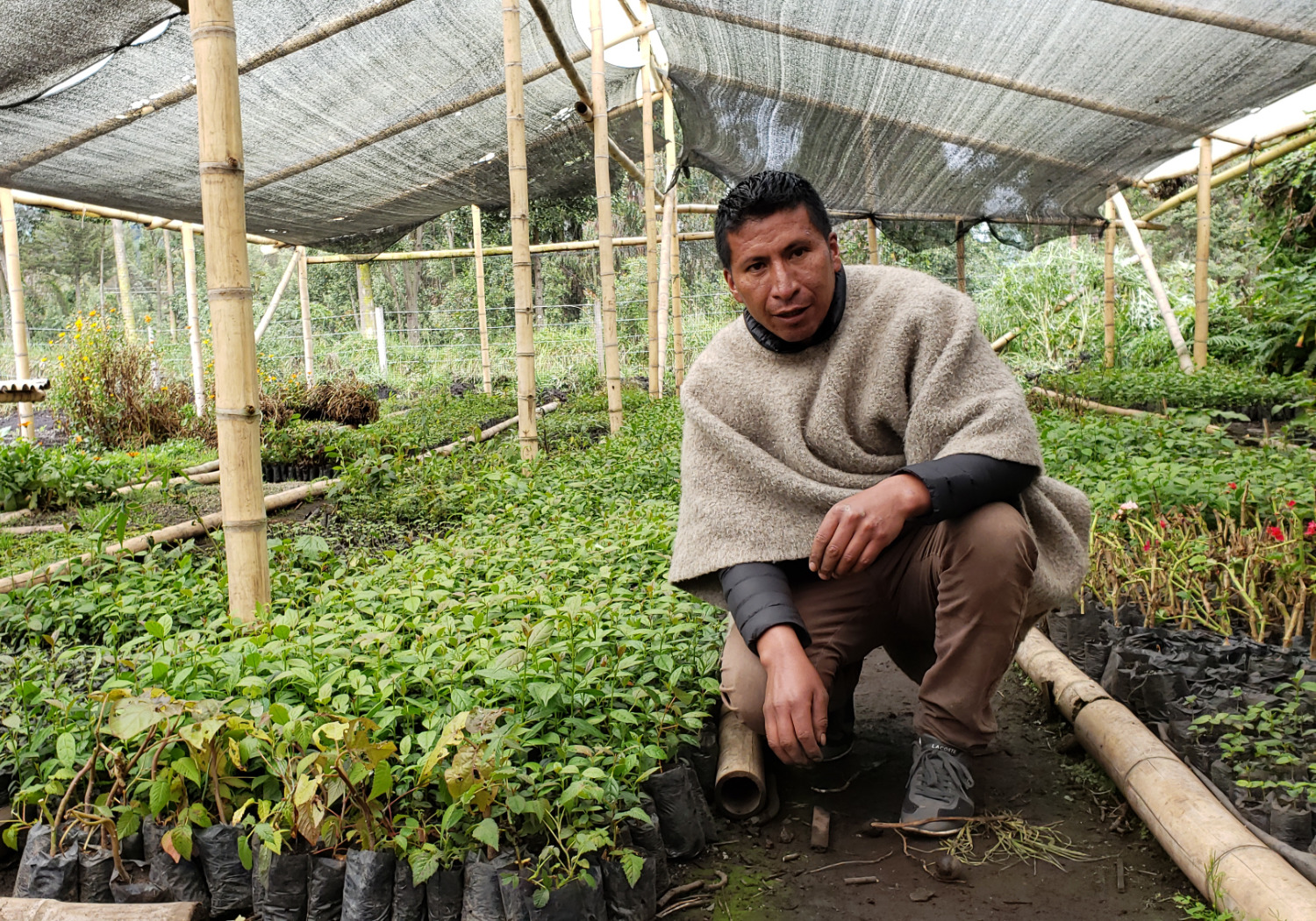 In the state of Campeche, Reforest'Action is supporting a reforestation project in the endemic ecosystem of Tintal, also known as the « Land of the Jaguar ». In partnership with Panalto, a rural production company, 240,000 trees of various indigenous species are being planted over 3 years to restore a parcel of Tintal and, in parallel, establish a conservation area for wildlife and ecosystems on a former degraded farmland. The project will thus restore the multifunctionality of the areas, limit soil erosion and contribute to preserve the local biodiversity. 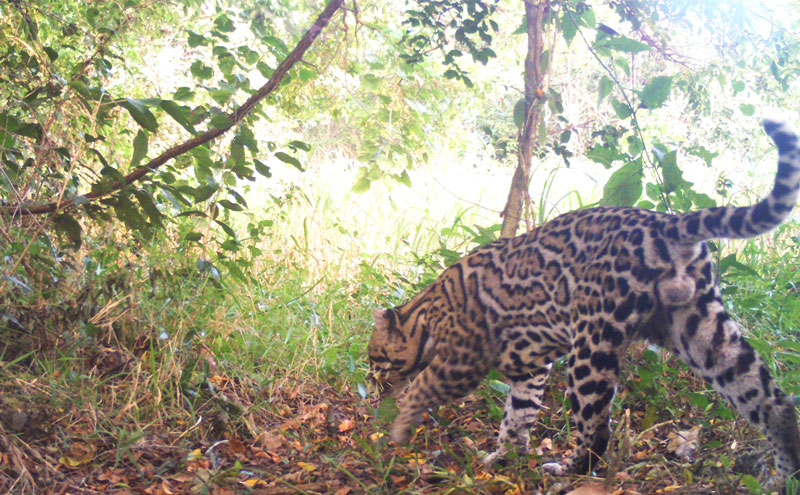 Agroforestry in the vanilla industry in Mexico (Veracruz)

In Mexico, the northern part of the state of Veracruz is one of the most deforested areas in Mexico, so much so that without rapid action, the entire forest cover could disappear within a decade. Indeed, almost 92% of the forests have been lost to the creation of agricultural land for intensive livestock and citrus production over the past 50 years, resulting in a dramatic loss of biodiversity. In the context of climate change, which favours the multiplication and intensity of cyclones as well as waves of drought, the restoration of forest cover is a key issue for the health of the various ecosystems and the resilience of populations. In the project areas, various species are planted in degraded ecosystems and agricultural lands. Thanks to the work of the Asociación Mexicana de Bosques Comestibles (AMEBOSCO), Reforest'Action's partner in the field, 398,533 trees are being introduced to help restore the area's forest cover. At the same time, a sustainable agriculture model based on the marketing of products from agroecosystems established on agricultural land, including that of the region's vanilla producers, as well as on the production and conservation of native species, is being implemented. The restored forest cover will enable long-term carbon storage, thus helping to combat climate change. 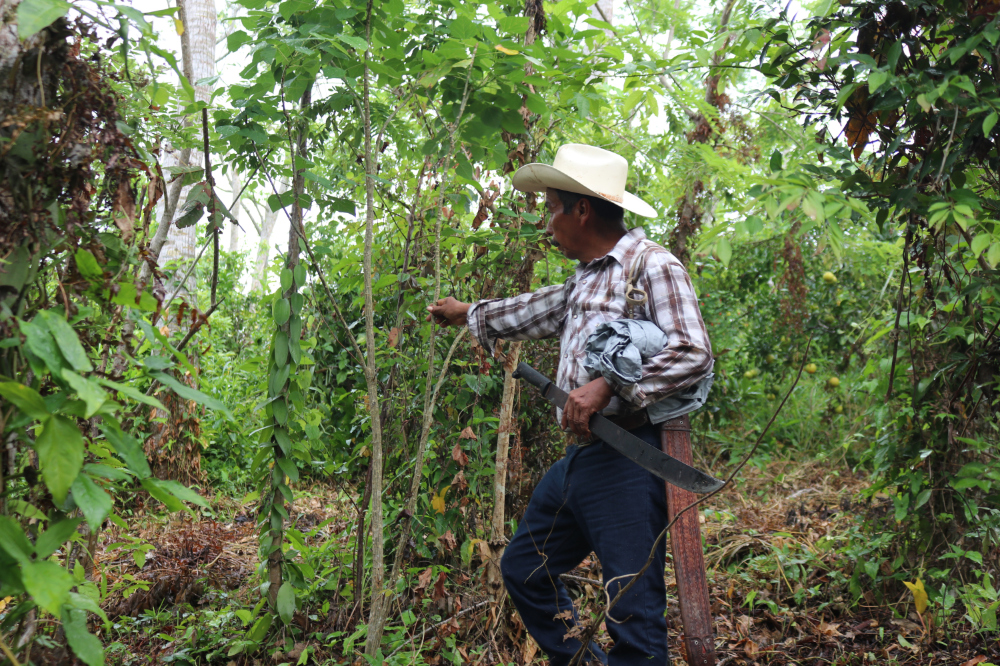