Reforest and diversify this declining plot of land in Wallonia!
Loading...
{{ map }}

Reforest'Action and Sylva Nova invite you to reforest and diversify this forest plot!

The woods of Beho are part of the Walloon forest, which has about 530,000 hectares of forest, i.e. nearly 30% of its territory, and alone concentrates nearly 75% of the Belgian forest.

The plot concerned by the project was until now monospecific, i.e. exclusively composed of a single variety of trees, here spruce. Just like agriculture, this management method is risky for several reasons: impoverishment of the soil, loss of biodiversity and increased risk of biological attack by pathogens or insects. Forests managed in this way are also more sensitive to unfavourable environmental conditions such as storms or drought. In the context of current climate change with successive heat waves and low rainfall, it is necessary to change this model of forest management which we can now consider obsolete.

Indeed, this project is a perfect example of the problems associated with monoculture, as the previous stand was devastated by bark beetles.

Bark beetles are wood-eating insects. They dig a network of galleries under the bark of trees to feed and reproduce. These boreholes affect the trees, disturbing and limiting the circulation of their sap and altering their development. These weakenings can lead to the death of the tree.

Four new species have been chosen to be introduced on this plot. Increasing the diversity of species in this forest allows to limit the impact of pests, such as the bark beetle, by planting other species that do not serve as a refuge. Moreover, this will favour the reception of a biodiversity that regulates the presence of this pest in the forest.

This reforestation project will therefore enable the diversification of the massif, notably through the introduction of broadleaved trees which favour the reception of biodiversity. Secondly, the introduction of species adapted to changing climatic conditions will ensure the sustainability of the forest habitat, in favour of biodiversity. Trees will also store atmospheric carbon, contributing to the fight against climate change. 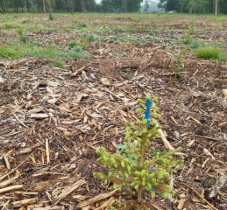 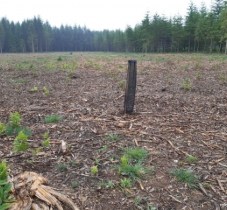 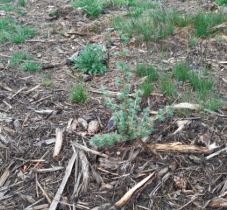 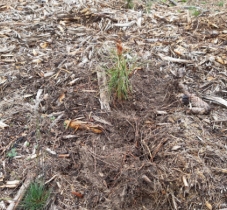 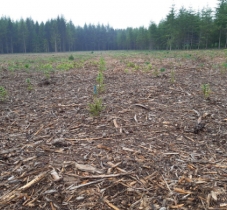