What is a forest garden?

Forest gardens, or garden forests, are ecosystems based on a permaculture approach to food production. They thrive on the synergies achieved by the diversity of species planted. 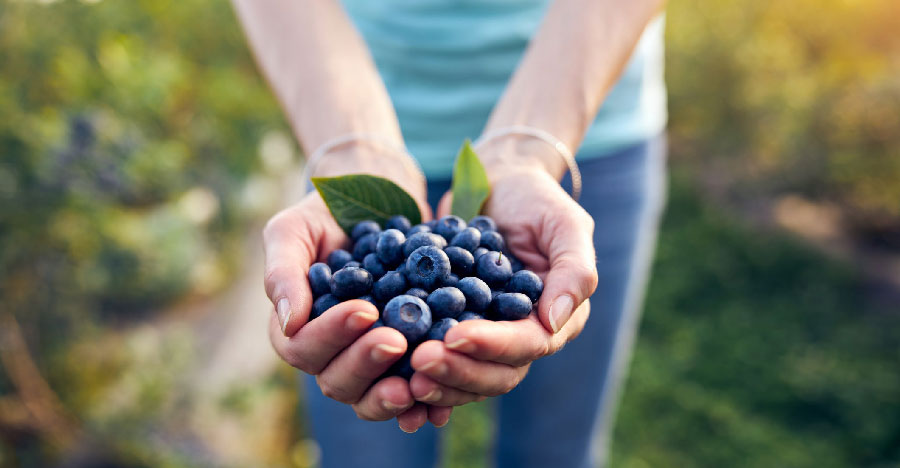 Over the centuries, Humankind has shifted away from the hunter-gatherer model and become a crop grower. However, after more than half a century of intensive agriculture, the consequences are severe: when applied over extensive areas, farming impoverishes the soil and significantly harms biodiversity. Agriculture has multiple impacts on the environment – ploughed-up land, soils exposed and eroded by climate phenomena, genetic diversity depleted – and raises questions about this model’s sustainability. But what if there was an alternative model enabling sustainable and resilient food production without compromising the environment?

What is a forest garden?

Forest gardens are a form of agroforestry. This age-old technique means integrating trees into agricultural landscapes to reproduce the natural mechanisms of the forest. It capitalises on the synergies of the forest ecosystem and biodiversity to generate a virtuous crop model. By combining complementary species, the forest garden takes advantage of each species to establish a stable ecosystem. It draws on the ancillary benefits generated in terms of biodiversity, soil improvement and complementary resource production (fodder, wood, fruit) and thus enhances the land’s yield capacity. Usually applied to large surface areas used for organic farming, agroforestry can be used at a smaller scale with the forest garden model.

The forest garden, a nature-inspired ecosystem

Recognising of the instability of the conventional food production system, horticulturist and ecologist Robert Hart1 and organic farmer Martin Crawford2 advocate for natural farming and the introduction of agroforestry systems in temperate regions. “No one fertilises or waters a forest. A forest is self-sustaining. If you can recreate an edible forest, your main task will be harvesting its fruit,” explains Hart.

The forest garden is based on the permaculture model, reproducing natural mechanisms in a small area to create a vegetable garden inspired by the natural organisation of a forest ecosystem. Otherwise known as a food forest or edible forest, this type of cultivation results in the accumulation of abundant, long-term resources. The forest garden is a dense ecosystem built on several types of vegetation: trees, shrubs and grasses. It is made up of a variety of species and is perfectly adapted to temperate climates. It thus allows a self-sustaining system of wild and nourishing species to become established. It has all the features of the forest, such as berries, roots, seeds and mushrooms, on a smaller scale.

An ecosystem for the future 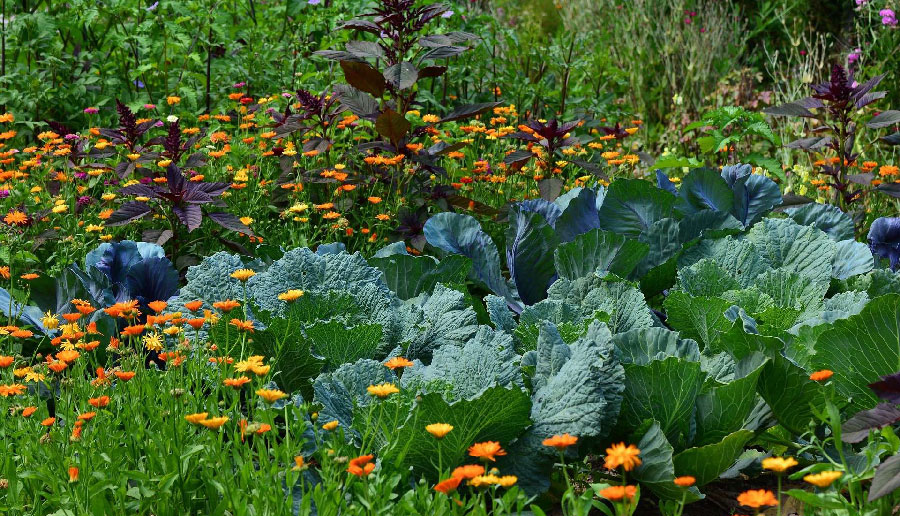 Once planted, a forest garden becomes self-sustaining with an unlimited life span. By introducing a diverse range of species, the plants are mixed strategically to prevent the spread of disease. Ground cover plants protect the soil from evaporation, maintaining water in the ground. Thanks to this virtuous circle, the ecosystem naturally establishes synergies between the plants, animals, minerals and humans and functions in a self-sufficient way.

Benefits of the forest garden on living beings

Forest gardens are a real breakthrough in food production but also have a strong social impact. In addition to the food resources they provide, they are a source of well-being for the community. In towns, food gardens help reshape the urban landscape and are likely to become more widespread in the context of climate change, as they create islands of coolness and store carbon from one year to the next.

As well as contributing to local food production, gardens can be used as places for community building and cohesion in both rural and urban areas. Some garden forest projects are entirely based on the inclusion of young people, pensioners, schools or even people with disabilities, to foster social interaction and create support networks. Increasingly, forest gardens are the focus of educational workshops covering aspects such as tree planting, wicker weaving, sampling food made from forest garden produce, the history of agroforestry and the people who use it, etc. The aim is to raise awareness among young people about the importance of forest ecosystems and biodiversity, while discovering and observing nature.

Therapeutic gardens are now flourishing in large cities: at a time when 36% of the population claims to have experienced some form of burnout3, a number of organisations and companies are offering staff the opportunity to unwind with this outdoor activity. Take the Lyon-Sud Hospital, for example, which has its own forest garden open to patients and staff.

The 7 layers of the forest garden 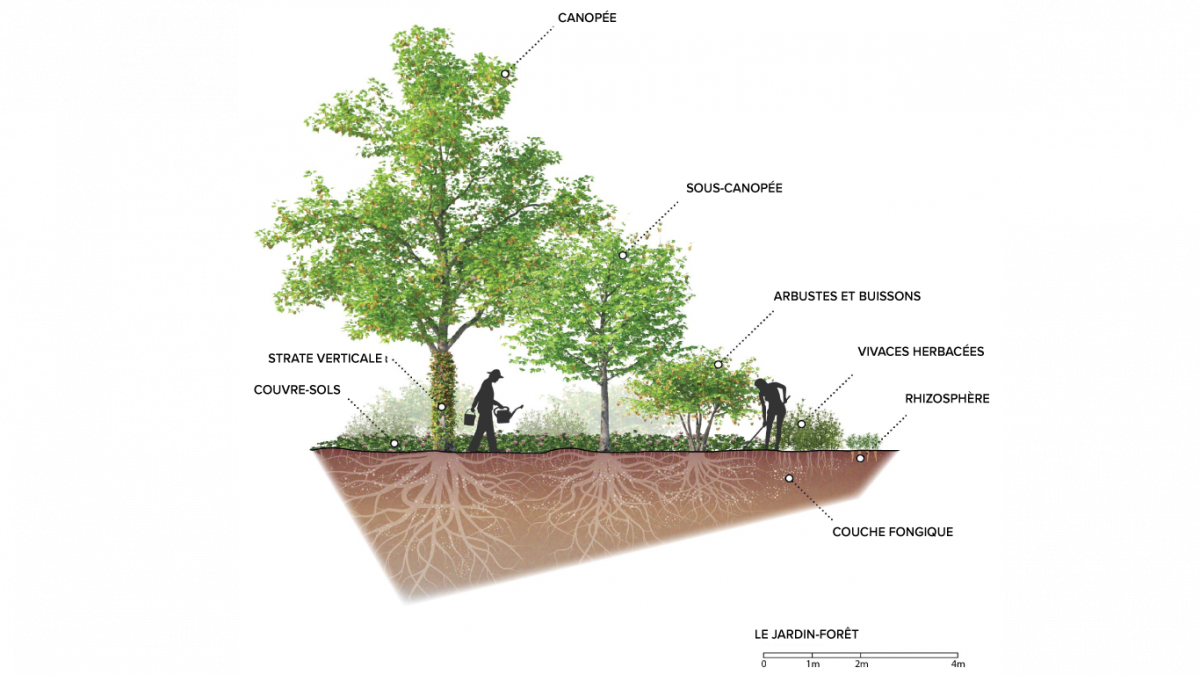 For a long time, it was customary to separate the orchard from the vegetable and medicinal gardens, but the forest garden functions in a completely different way. Despite its wild appearance, it has an organised structure inspired by observation of the natural forest. It is divided into distinct levels, which imitate the succession of plants in the forest. There are seven layers in the forest garden. In the most advanced models, there are up to six horizontal levels and a seventh vertical level of climbing plants and vines.

How to create a forest garden?

To create a forest garden, you need to prepare your project properly and take numerous aspects into account.

Studying and preparing the land

The first crucial step in creating a forest garden is to observe the area’s characteristics. Before drawing up a layering plan, you should identify which species to introduce, according to the site’s specific properties: hardiness of the zone, annual sunshine, pH, type of depth, location of water tables, rainfall, etc. The type of plot on which the forest garden is to be established will determine how it is managed; for example, it could be a meadow, orchard, fallow land, urban area or forest.

The range of plants used must be adapted to the soils. Taking forest humus from woodland with a similar soil composition and adding it to the forest garden soil is one way of developing new life forms in depleted environments.

Which species to choose?

Not all species have the same biotope (a geographically defined living environment with uniform ecological conditions), so factors related to the area’s environmental characteristics will determine the design of the forest garden in terms of species, varieties, rootstocks, density, harvesting and plant spacing. The species must therefore be carefully selected so that they can live in symbiosis.

There are several types of species:

Types of species per stratum:

For each layer of the forest garden, many different species can be introduced:

Embarking on a forest garden project

How much does a forest garden cost? Making use of nurseries, grafts, sowing seeds, plant swaps and shared garden forests, things can be set up for little outlay. There are numerous resources available online to help create a garden forest, including forums, databases such as “Plants For a Future”, botanists’ networks, smartphone applications to identify species such as “PlantNet”, and so on, to locate forest garden projects near you and share your experience, or to consult a map of forest gardens listed in France (or other countries).

Could the restoration of forest ecosystems throughout the world also be achieved through individual initiatives?

With forest gardens, anyone with a piece of land or keen to promote replanting of areas of land is able to encourage forest growth. “Clearly, few of us have the capacity to restore forests ourselves. But tens of millions of us have gardens or access to open spaces such as brownfield sites, where trees can be planted. And if we can take full advantage of the potential that is available even in heavily built-up areas, new ‘urban forests’ can be grown…”, says Hart.