All you need to know about hedgerows: definition, composition, regulations and cost

The hedgerows began to disappear from the French farming landscape in the 1970s. This was a time when many farmers were forced to increase yields if their holdings were to survive. We have since become aware of how important and useful hedgerows are on many levels, and they are now starting to reappear in our countryside.

Also known as rustic hedges or living hedges, hedgerows are fences formed by plants, often set in rows, and made up of a wide variety of local species. These trees, shrubs, bushes, subshrubs and other plants of various kinds may be left to grow freely on the land, or be subject to regular maintenance. These plant formations, which surround agricultural plots, come with many advantages, not least the fact that they harbour a particularly rich biodiversity.

Once mature, hedgerows form 3 different strata. The first is the herbaceous layer. It is generally made up of flowering species, grasses and leguminous plants. It is located closest to the ground and is the first layer to grow. Above this, we find the shrub layer, comprising shrubs that make the hedges wider and bushier. The last and tallest layer to grow is the tree layer. It includes common oak and common ash, for example, which are tall-growing species.

Where are hedgerows found?

Ideally, hedges are planted on a slightly raised bank, which helps to protect the soil by slowing down water run-off and thus soil erosion. At the foot of these banks, ditches encourage vertical root development to prevent the roots from spreading into the soil or encroaching on neighbouring crops. 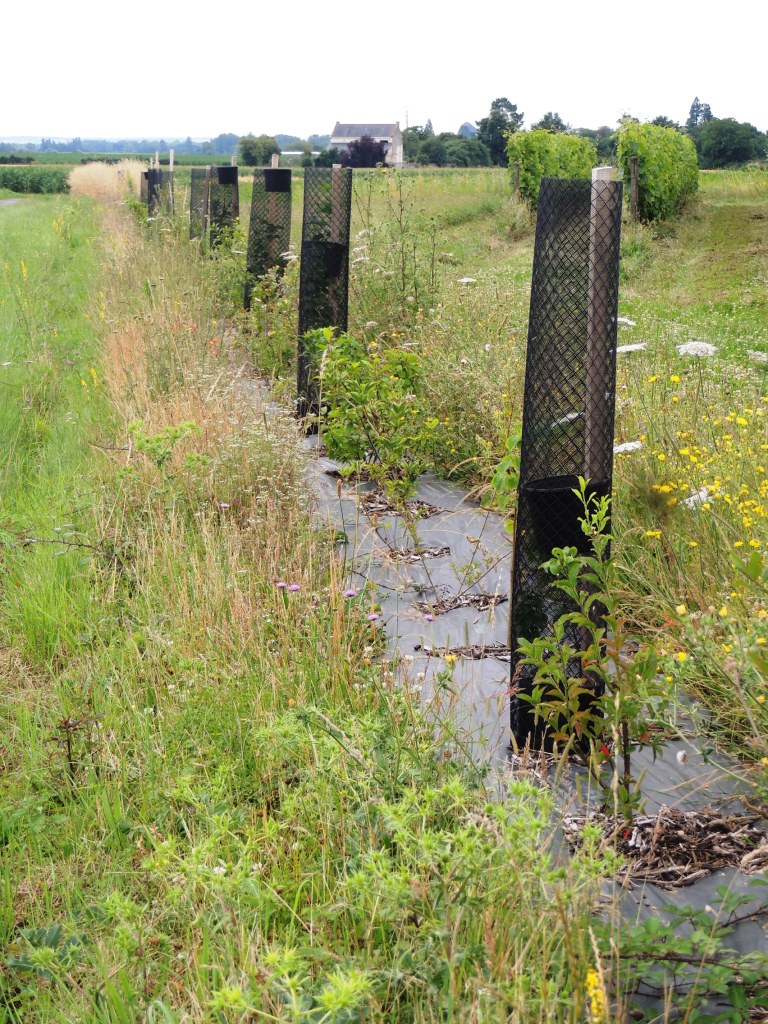 The different types of hedgerow

There are several types of hedgerow. Their composition depends on their immediate environment, which influences the plant and animal species that live there and affects the type of benefit that the hedges can provide.

The benefits of hedgerows

These plant boundary markers offer a wide range of advantages. First of all, they fulfil an undeniable landscaping function for local residents, hikers and cyclists who pass through the areas concerned. From an environmental point of view, they make a valuable contribution by protecting and maintaining the soil, which limits rain and wind erosion. The roots and grassy strips at the foot of the hedgerows also facilitate the infiltration and filtration of water. By prioritising a mixture of species including deciduous trees, a particularly rich biodiversity is encouraged. Moreover, hedges store carbon, thereby contributing to the fight against climate change.

On a wider scale, the introduction of hedgerows contributes to the development of “green belts”. These are ecological corridors, linked to each other by continuous forest cover and providing a passageway and habitat for biodiversity.

From an agricultural point of view, hedges provide numerous benefits. They form natural fences, marking the boundaries between plots of land, and help increase yields by enriching the soil and making it more fertile.

Located around pastures, hedgerows provide shade and fodder for livestock. They protect animals and crops from bad weather, wind and other climatic hazards. They also protect crops from pests by harbouring their predators.

Because they permit the sustainable production of firewood, fruit, nuts and honey-yielding plants, hedgerows can provide an additional source of income for farmers.

Some of the benefits in this list will vary in value depending on the composition of the hedgerows. As such, it is important to set out the objectives clearly when creating a hedgerow.

How do we plant a hedgerow? 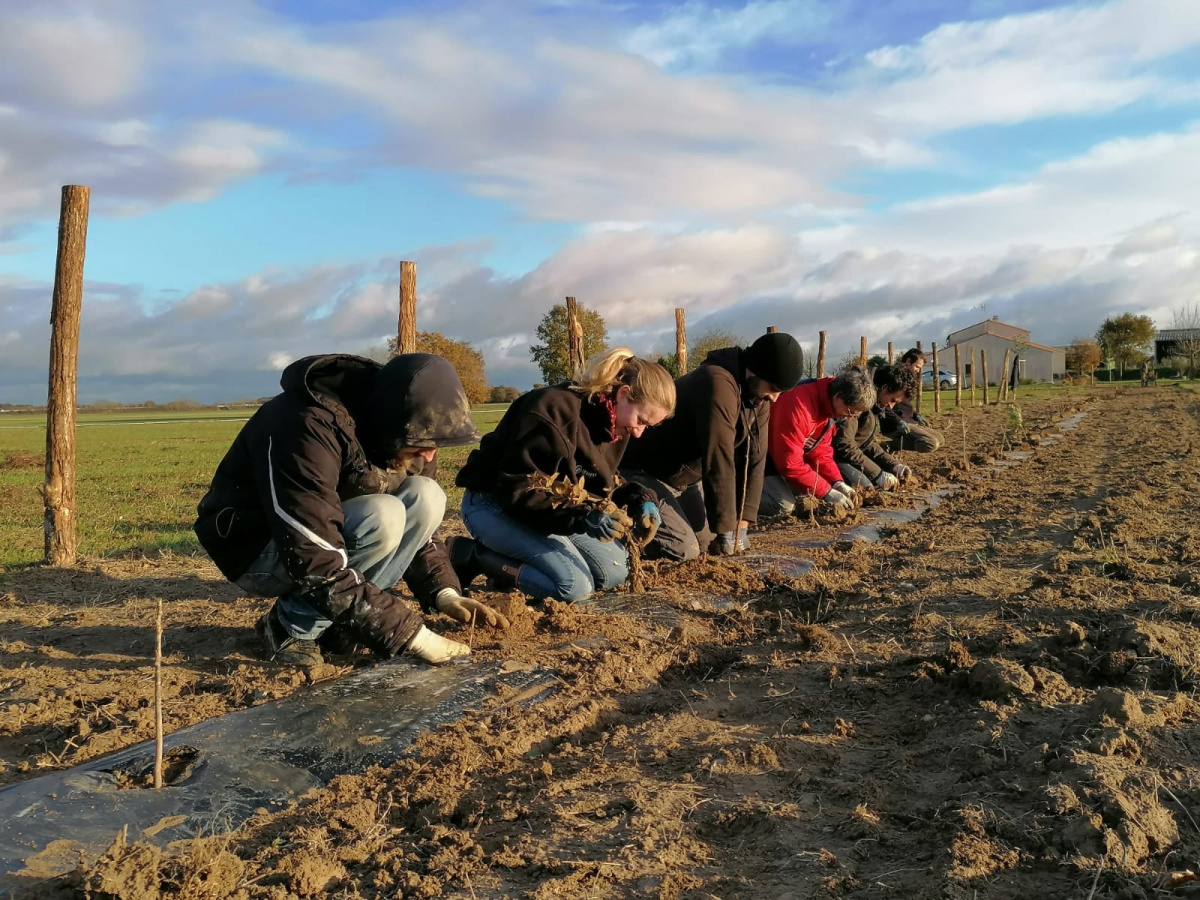 Hedgerow planting is a long-term investment, but depending on the environment, the owner’s objectives, the means used and the planting choices, the benefits will vary.

Once you have set your goal, you need to ensure that all the conditions are in place to see the project through successfully and then, if necessary, start looking for funding. In France, certain organisations, such as Haies Magiques, which advocates for the reintroduction of hedgerows across the country, can provide help.

Preparing the soil for a hedgerow

The time to start preparing the soil is from July to October. The planting area should be cleared of brush and weeds. The soil should then be tilled deeply and loosened before applying a mulch.

Trees should be planted between November and February, following your predefined planting plan.

How do you maintain hedgerows?

It is important to upkeep the hedges to maintain a balance between agricultural land use and preservation of the hedgerow landscape. In this respect, a management plan is required and can be provided by the Chambers of Agriculture. The level of maintenance will depend on the project, but the following tasks are generally involved:

in spring or summer, watching how the plantation develops and observing the fauna and flora that becomes established there, ready to make an inventory and take action if necessary

- culling plants that have not survived

- in winter, every 2–3 years, lateral pruning of the hedges

- cutting back from mid-November to mid-March, especially in the early years, to make the hedges denser and more vigorous, while producing sustainable firewood and fuelwood.

- occasionally enriching the hedges by planting new specimens to replace those that have withered.

To do all this, certain rules apply: handle tools properly to prevent permanent damage to the plants; use suitable equipment and drive slowly when using a tractor.

Hedges should be trimmed evenly over their entire surface area in autumn and winter, to avoid disturbing wildlife during the reproductive period, and equally on both sides to maintain balance.

All the regulations set out above are the minimum requirements by French law. However, be aware that some departmental councils may impose greater distances.

The cost of hedgerows 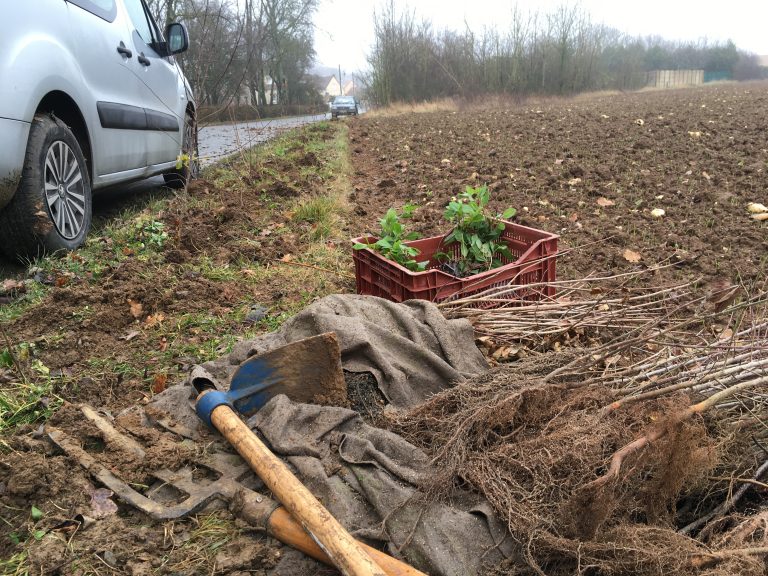 The costs involved with hedgerows differ widely, depending on the composition of the hedges, their planting, and their maintenance. The owner’s choices will therefore depend on their obligations, budget and objectives for the hedgerows concerned. In addition, the costs will vary according to the duration and frequency of the work involved.

The overall cost therefore varies enormously depending on the type of project, the choices made and the aid you are entitled to.