Reforest and diversify this declining plot of land in Wallonia!
Loading...
{{ map }}

Reforest'Action and Sylva Nova invite you to reforest and diversify this forest plot!

Located in the Walloon region in the province of Luxembourg, this forest plot was until now wooded with a single tree species, the spruce.

Wallonia has about 530,000 hectares of forest, i.e. nearly 30% of its territory and alone concentrates nearly 75% of the Belgian forest. Over the past centuries, however, the forest has been heavily over-exploited in order to meet the needs of agriculture and energy in particular.
But since 1854, thanks to the introduction of specific legislation and careful and sustainable forest management, productive areas have increased by almost 50% in 130 years. The forest has thus undergone profound human intervention, notably through the introduction of softwoods.

Nevertheless, this productivist method in monoculture is reaching its limits. Indeed, the previous stand was attacked by bark beetles, which caused strong dieback on the trees.

The bark beetles are "wood-eating" insects, they feed on wood. They belong to the order Coleoptera, just like ladybugs. Normally, they feed mainly on dead wood, thus accelerating its decomposition, which greatly benefits the enrichment of the soil. However, when the population of these insects is too large for the dead wood resource, or when trees are weakened (after a period of great drought or storm for example), they can attack living trees. They then dig a network of galleries under the bark of trees to feed and reproduce. These boreholes affect the trees, disrupting and limiting the circulation of their sap and altering their development. These weakenings can lead to the death of the tree.

No less than five new species will be introduced on this plot. Increasing the diversity of species in this forest helps to limit the impact of pests, such as the bark beetle, by planting other species that do not serve as a refuge. Moreover, this will favour the reception of a biodiversity that regulates the presence of this insect in the forest.

This reforestation project will therefore allow the diversification of the massif, notably through the introduction of deciduous trees which favour the reception of biodiversity. Then, the introduction of species adapted to changing climatic conditions will ensure the sustainability of the forest habitat, in favour of biodiversity. Trees will also store atmospheric carbon, contributing to the fight against climate change.

News from the field

A diversified forest in WalloniaIn Villers-devant-Orval, a village located in the province of Luxembourg in Belgium, a forest plot h

In Villers-devant-Orval, a village located in the province of Luxembourg in Belgium, a forest plot has been successfully reforested. 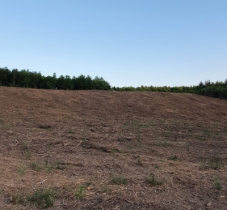 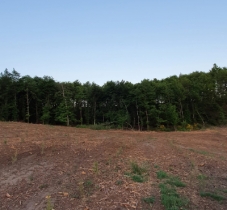 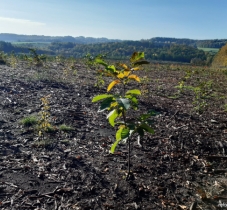 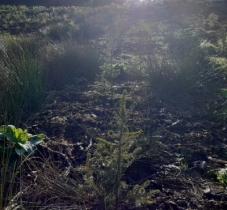 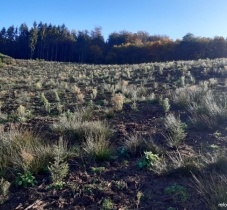