Reforest'Action invites you to reforest and diversify this plot affected by the spruce bark beetle!
Loading...
{{ map }}

Reforest'Action invites you to reforest this plot attacked by a pest!

This project extends over several plots of land with a total surface area of 20ha. It has its roots in Normandy, rich in highly appreciated coastal towns such as Deauville or Honfleur, unique landscapes such as the cliffs of Etretat and heritage sites such as Mont-Saint-Michel, but does not shine with its forest cover! With an estimated surface area of around 420,000 hectares, the forest covers 14% of the total surface area of Normandy, a rate of afforestation that places it below the national average (31%). The Norman forests are rich in deciduous trees, which represent 82% of the tree species with a dominant of oaks and beeches. Softwoods are mainly represented by Douglas fir and Scots pine.

Since 2014, the increase in the average annual temperature, the absence of cold in winter, episodes of summer drought, and regular strong winds, have led to the weakening of the common spruce, making it more vulnerable to spruce bark beetles: the Typograph, Calcograph, and the Beetle. The result was an unstoppable spruce mortality that forced the owners to a constrained and early exploitation. These different species of bark beetles feed on dead wood but also on living wood, thus disrupting the circulation of sap, the tree's vital liquid. The spruces of the plot had to be removed and a reforestation action is now necessary.

The willingness shown by the owners is to reconstitute the ecosystem thus degraded, and for this purpose a mixture of 13 leafy, resinous and melliferous species will be put in place.
Open environments favourable to game will also be preserved so that game can flourish on these areas without damaging the planted trees. 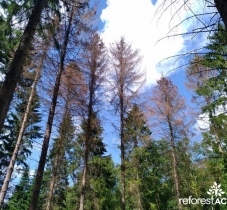 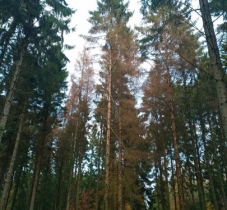 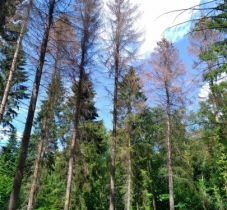 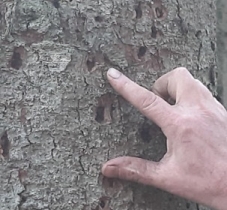 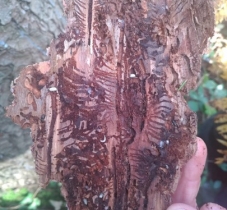 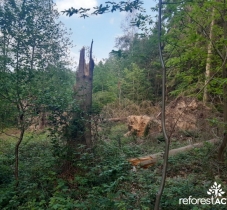 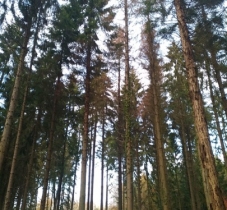