In the region of San Martin, Peru, Reforest'Action is partnering with the Urku Centre to plant trees of various species in agroforestry in the Amazon rainforest.
Loading...
{{ map }}

has planted 1 tree offered by Ubisoft

In the region of San Martin, Peru, Reforest'Action is partnering with the Urku Centre to plant trees of various species in agroforestry in the Amazon rainforest.

THE CONTEXT OF THE PROJECT

Originally covered by tropical forests and wetlands, the San Martin region, located in northern Peru, in the high Amazon, has suffered rapid and massive deforestation since the end of the 20th century. This is mainly due to the construction of road connections as well as the development of agricultural programs encouraging the cultivation of rice, coffee and oil palm. Approximately 1.6 million hectares of primary forest have already been cut down over the last fifty years.

Since 2016, Reforest'Action has been involved in the field alongside the Urku Centre, an Amazonian research institute located in Tarapoto. The project aims to plant trees of various species in agroforestry in the Amazonian forest. These trees will bring many benefits to local communities.

OUR ACTIONS IN THE FIELD

Our reforestation project combines a great diversity of species selected according to the pedoclimatic conditions of the area and the needs of the local population.

In multiple localities in the San Martin region, the objective is to create agroforestry systems in order to develop the local economy and restore degraded forest ecosystems in the Amazon region.

The fruit trees (lemon, mango and cocoa trees) planted by local communities in their fields will enable them to produce fruit for their personal use or for local trade. Fast-growing species such as acacia, rubber tree, capirona and bolaïna will allow them to produce wood and rubber without having to go directly into the Amazonian forest. Agroforestry thus contributes to the diversification of farmers' incomes.

It also helps maintain and diversify agricultural production. High-yielding species such as mahogany cedar and bigleaf mahogany, two species classified as vulnerable by the IUCN Red List, will provide shade for the underlying crops and protect them from the wind. As nitrogen-fixing trees, they will also enrich cultivated soils by capturing essential plant elements from the atmosphere. 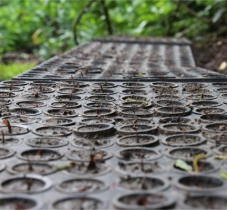 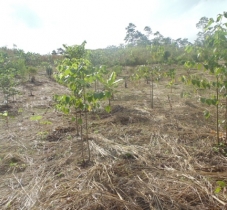 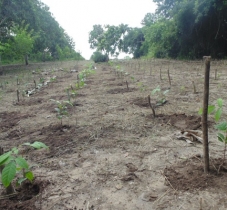 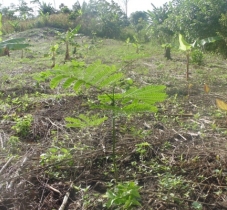 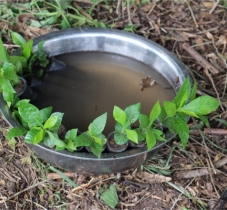