Morocco: supporting the restoration of agroecosystems and their evolution towards fruit production

In the province of Taza in northeastern Morocco, the project supported by Reforest'Action and led on the ground by the High Atlas Foundation involves 3,000 farming families, including women's communities, in the development of agroforestry. By introducing key tree species into degraded farmland that enrich the soil with nutrients, retain water and attract pollinators, the actions carried out on the ground will enable farmers to develop their income and food self-sufficiency.

From cereal growing to fruit production

Designed to last two years, the project will produce and distribute 400,000 fruit trees to 3,000 local farmers who, prior to the program's implementation, had been growing only barley and corn as subsistence crops. Through the development of agroforestry, which aims to introduce trees into degraded agricultural land, the project aims to support the transition from this monospecific cereal crop to a surplus of organic fruits, including almonds, carob, walnuts, cherries, figs and pomegranates.

A double impact, both environmental and socio-economic, is expected from this regenerative project, which allows the restoration of agricultural ecosystems with degraded and eroded soils, as well as improving the living conditions of local communities through the sale of fruit from the trees, a source of additional income.

Supported by the Regional Directorate of Water and Forests and the fight against desertification in the province of Taza, the project is part of the approach initiated by the Moroccan Ministry of Agriculture, which plans to plant one billion trees throughout the country to alleviate systemic poverty in Moroccan rural communities. 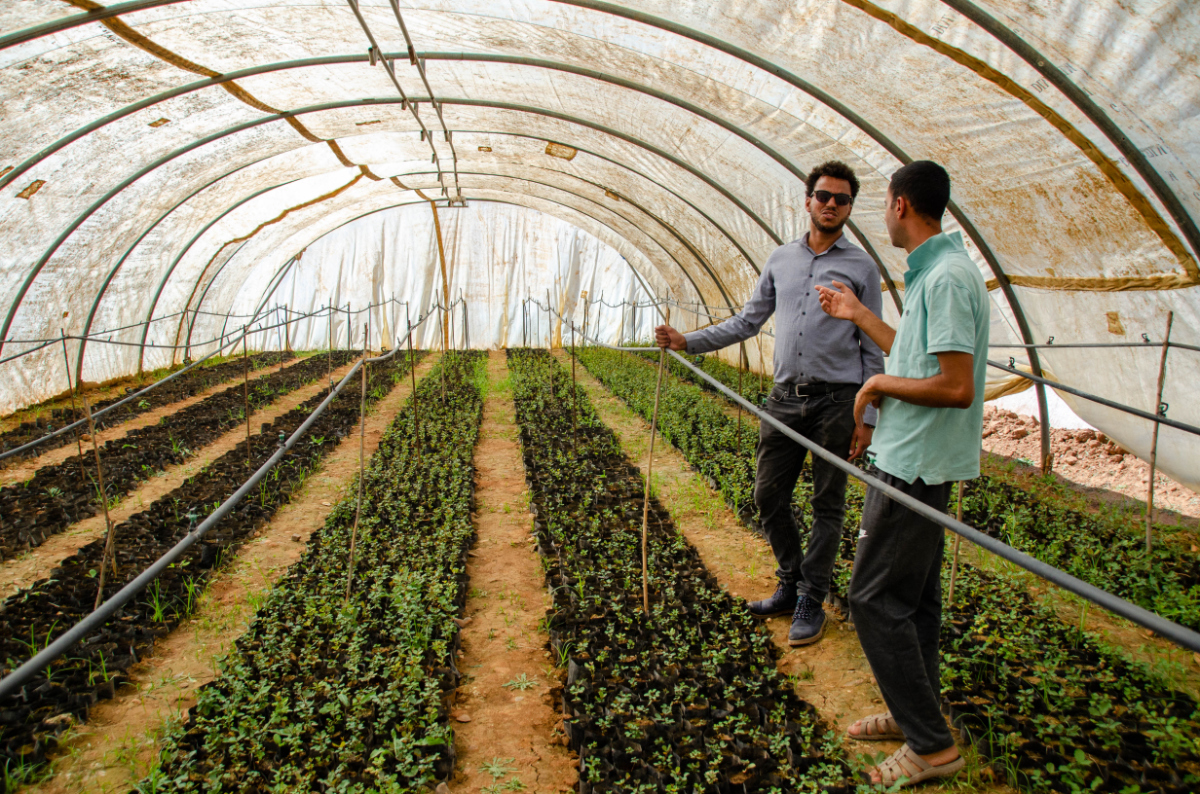 The fruits produced through the project will eventually be certified organic through a partnership between the High Atlas Foundation and the U.S. humanitarian agency USAID, through their Farmer to Farmer program. International and local experts will support the creation of local cooperatives to add value to the produced fruits and facilitate their sale on the markets.

For example, each project beneficiary will receive between 10 and 100 cherry trees, depending on the size of their plot. When mature, approximately six years after planting, these cherry trees will each generate between $21 and $105 in income per year. This is, on average, ten times more than the farmers expected to earn from their barley and corn crops alone. 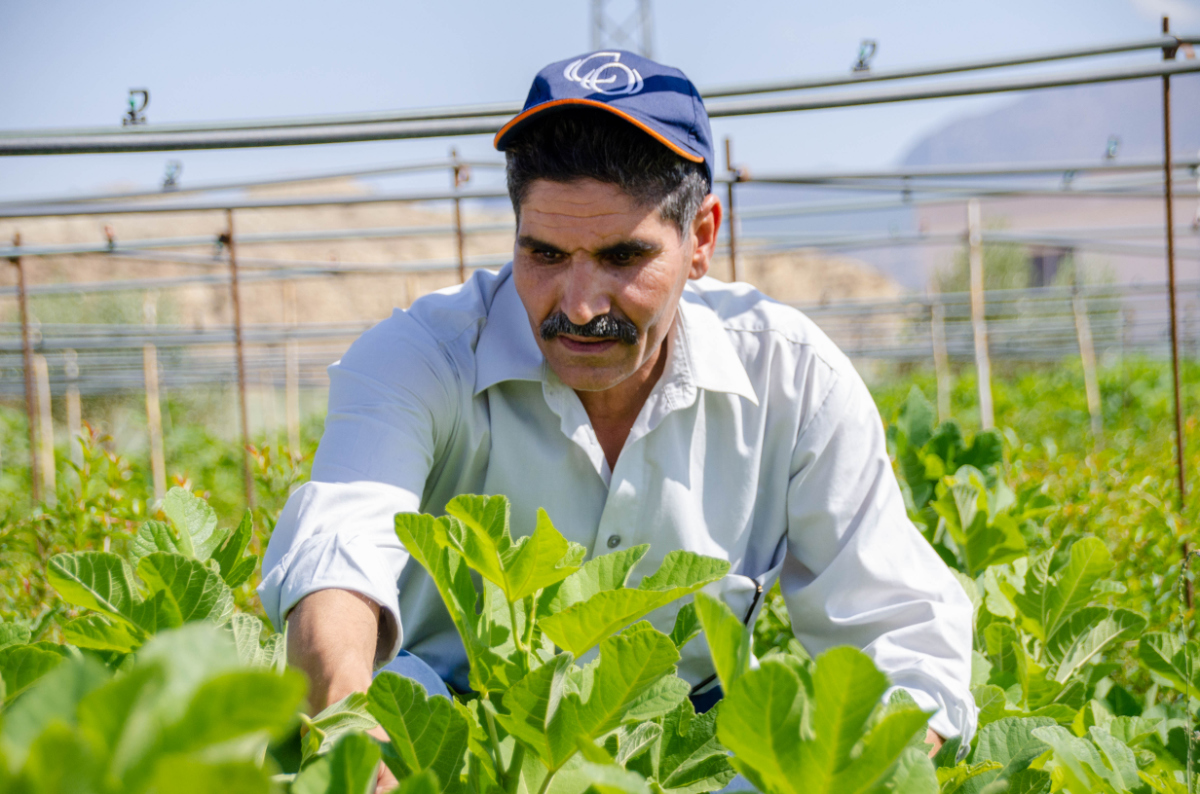 The transition to fruit production, which is more lucrative and adapted to the Moroccan climate, will allow families to become more self-sufficient. Women in particular, who are often dependent on their husbands' resources, will take care of the trees and the harvest. This is an opportunity to develop specific know-how and to gain financial independence. 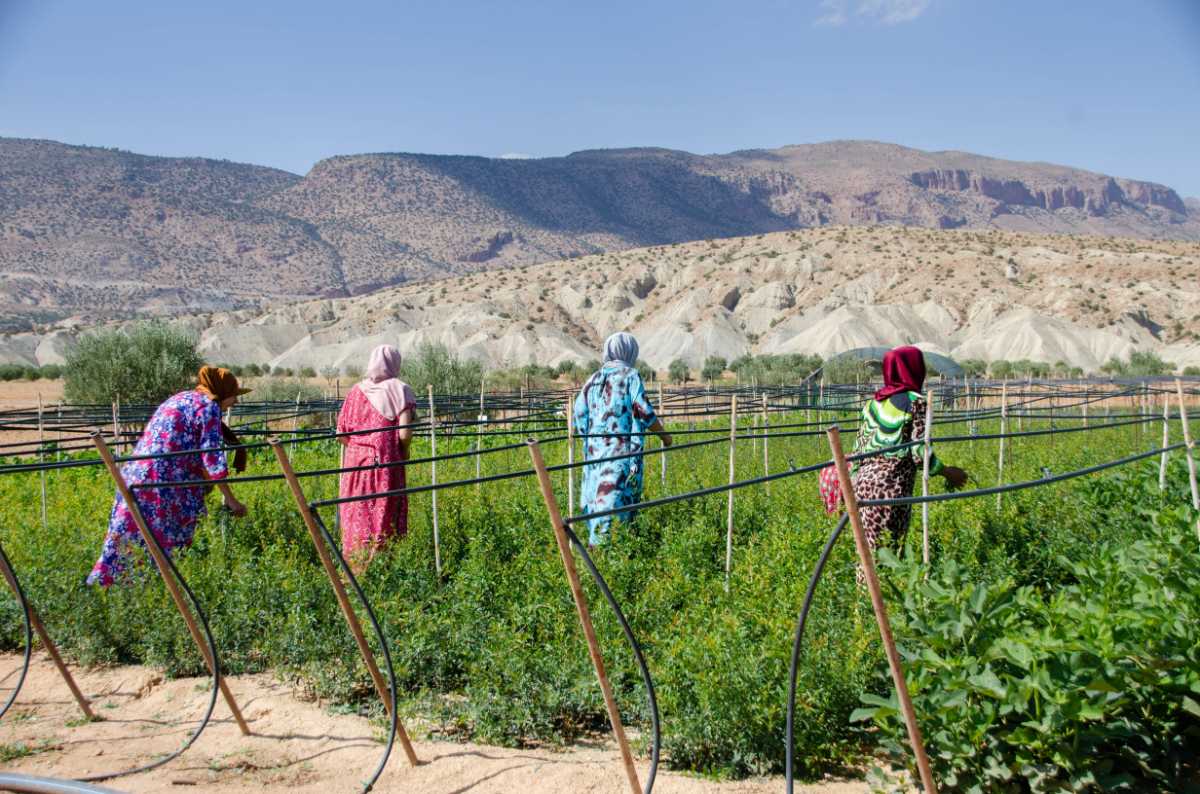