The fynbos biome: a vegetation treasure trove with unique flora

A UNESCO World Heritage Site, the Cape Floral Kingdom, also known as the fynbos biome, stretches across the width of South Africa. It is a reserve for biodiversity and is home to invaluable flora including a myriad of endemic species. It is, however, threatened by the presence of invasive plants.

Sprawling across more than one million hectares, the Cape Floral Kingdom covers the mountain chains and mountainous drainage basins of South Africa’s south-western tip. Counted as one of the world’s 35 hotspots for biodiversity, the reserve is known across the globe for its unique endemic flora and is home to a real treasure trove of vegetation that is, unfortunately, under threat. Around three quarters of the South African plants on the IUCN Red List are found within the fynbos – equivalent to almost 1,700 plant species that are in danger of extinction. 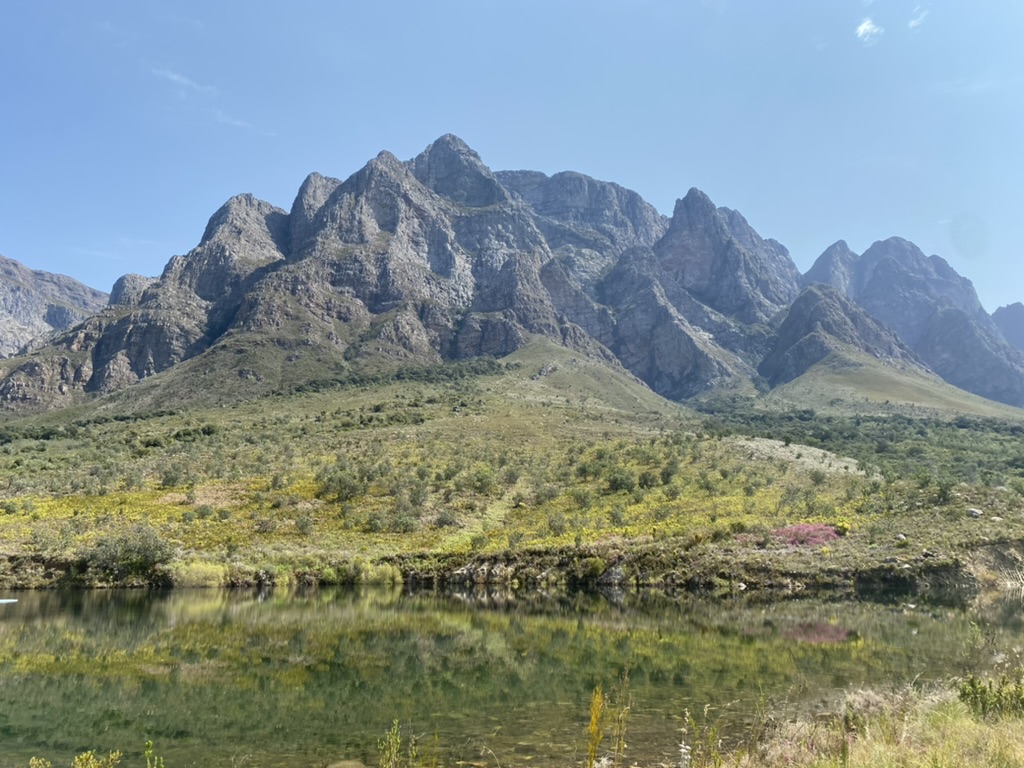 Plants that play with fire

Many of the Cape’s species are pyrophytes, which means that their biological lifecycle benefits from fire, and only flower once their seed pods have been activated by flames. Fires are an integral part of the region’s biogeographic system and are vital to conserving the endemic flora, known as “fynbos”.

However, a number of threats jeopardise this natural ecosystem in the lowlands and gentler slopes. Agriculture, with its new technologies, fertilisers and crops, regularly eats into floral reserves, as does excessive use of fire. While the fynbos is indeed pyrophytic, certain species are endangered by fires that are too frequent, or that are started by humans without consideration for germination seasons. Climate change, pastures for livestock and fire management also affect their dynamics.

Managed in the field by Breedekloof Wine and Tourism, the project funded by Reforest’Action focuses on areas that are seriously affected by drought and invasive exotic plants. Species such as Port Jackson overrun recently burned areas as they can easily regenerate with full sun exposure and prevail over native species. However, these invasive species demand vast quantities of water and consume up to 6 times that of the native plants. As they spread, they cause unnatural forest fires and, without human intervention, the system will not be able to maintain its biodiversity and resilience over the long term.

Local authorities are aware of the need for ecological restoration and are working to restore environmental balance. Passive restoration is a simple method based on removing invasive species, which scientists deemed insufficient here. The project therefore centres on active restoration, which is more likely to regenerate the ecosystem by planting native species in areas that have been cleared. 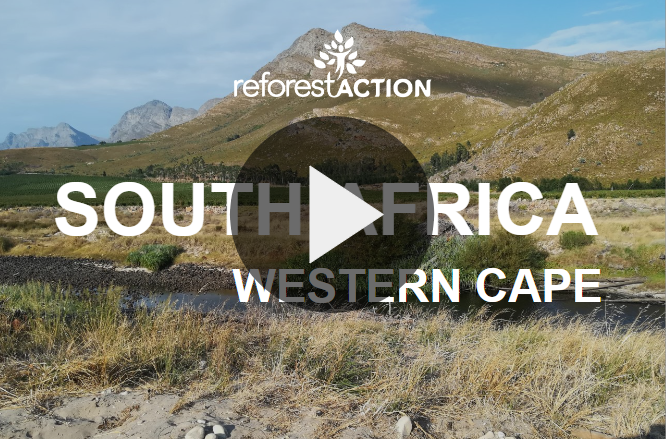 In partnership with the Western Cape Department of Agriculture and local communities, our project leader Breedekloof Wine and Tourism (BWT) has been removing invasive exotic species from protected areas since 2009, using a passive restoration approach. To optimise efficacy, the project launched in May 2021 focuses on active restoration, by replanting native species in vulnerable areas once the invasive exotic species have been removed. The project has planted 100,000 trees of 36 different native species each year along the Breede River. The aim is to restore biodiversity and natural seed banks, regulate water systems, stabilise the predicted fires, and, as a consequence, continuously improve overall ecological resilience.

The Breede River Valley has one of the highest income inequality indices in the Western Cape, with a 14% unemployment rate, meaning that job creation is a key challenge for the region. The project has resulted in a nursery which, as well as growing rare or endangered native species, has also led to new job opportunities, with 45 people currently working on the project. Their responsibilities include collecting and sorting seeds, germination, propagation, managing the nurseries, preparing sites, planting trees and maintaining irrigation systems.

Located at the heart of the Cape Floral Kingdom, the project locations form an invaluable living laboratory for the scientists. Once the exotic species threatening the indigenous plants have been removed, certain areas will be used for research, to study the impact of exotic species invasion on soils, biodiversity and health. 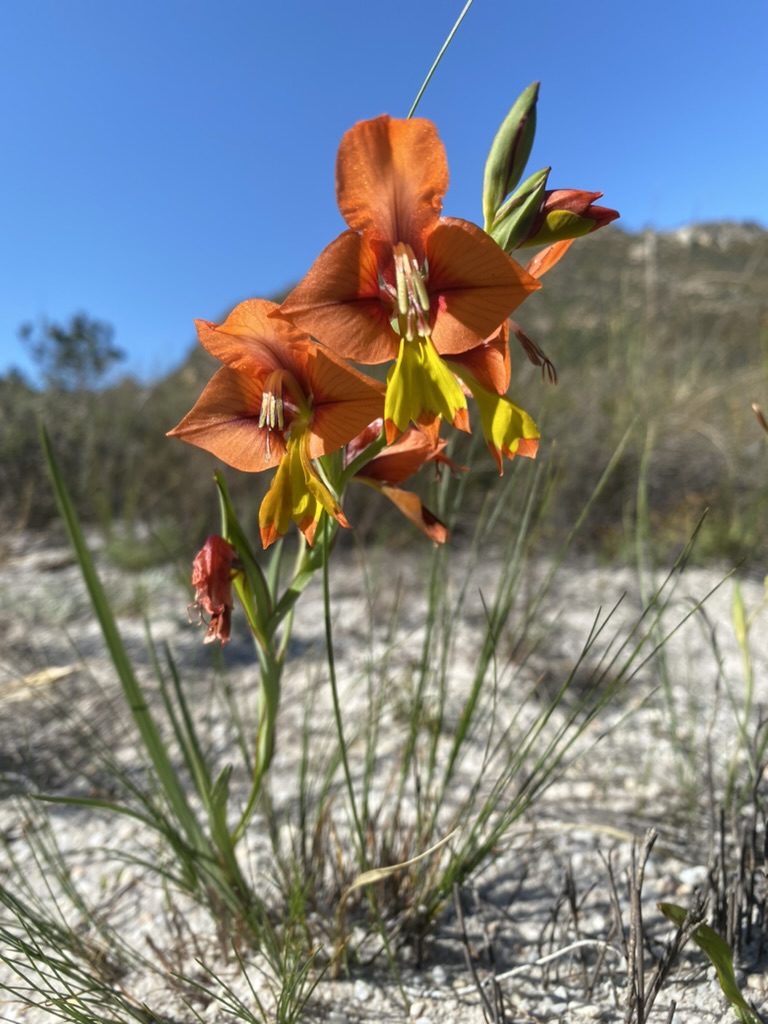